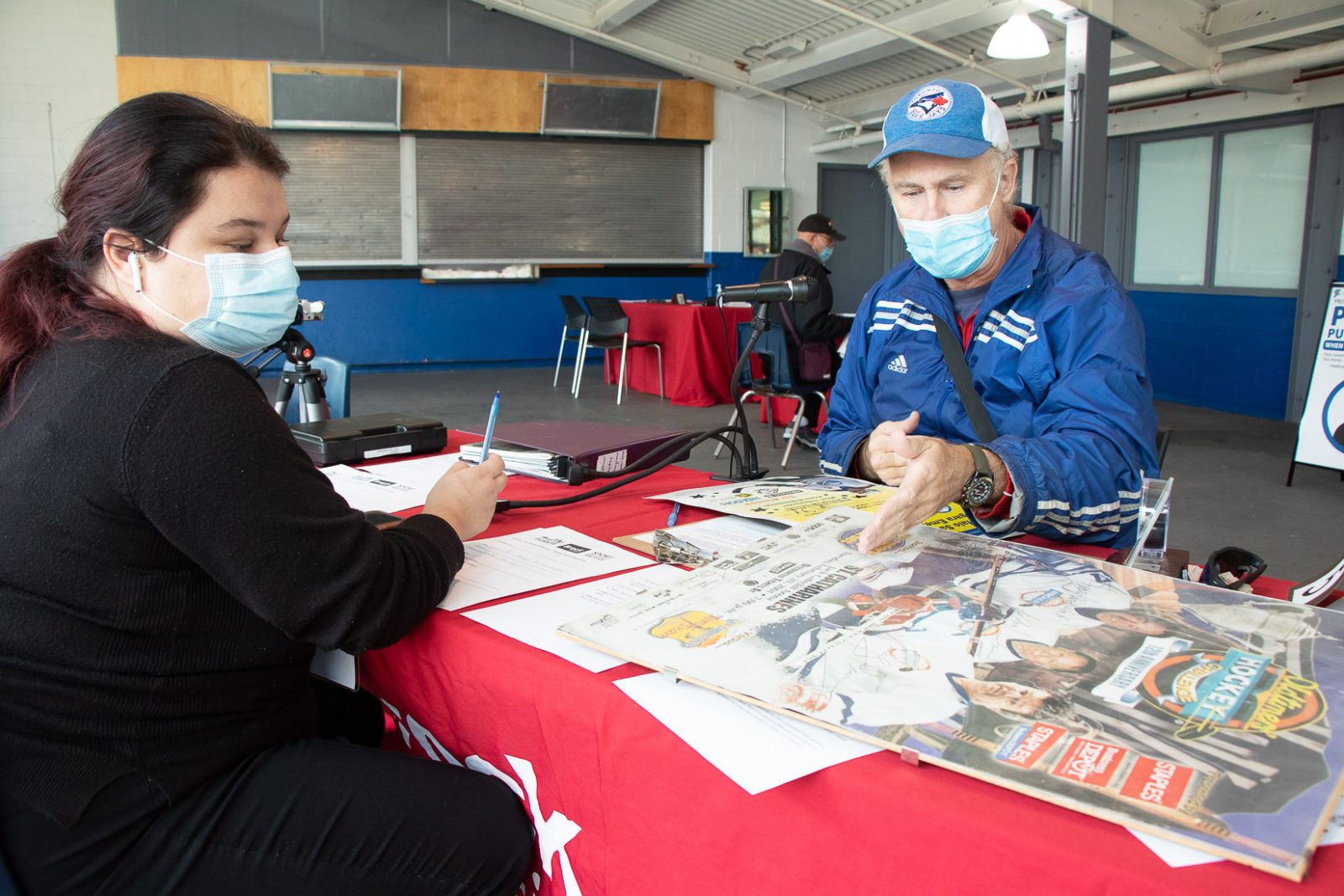 They brought their programs, pucks, sticks, badges, jerseys, photos and tickets. They came with scrapbooks of newspaper clippings, autographed posters, and black and white photo albums.

Most importantly, they brought their memories.

More than two dozen Niagara residents came out to Garden City Arena in St. Catharines Saturday, Nov. 27 to share their memories of the facility and the role it played in the community with fourth-year History students who scanned, photographed and recorded everything for an upcoming digital archive.

“Hearing people’s stories of their connection to the Garden City Arena was such a special experience,” says fourth-year History student Paige Groot. “It really made me think about the arena as a vessel of both individual and collective memory.”

One highlight for Groot was meeting Dan McKnight, who brought in a photo and autographed puck from the time he and his son met Marcel Dionne at the arena.

“Dan told me about how the memory was really special to him because his son and him had an opportunity to connect over their shared love of hockey,” says Groot. “This story struck me because of the way he told it, remembering it with such fondness. His smile was visible from behind his mask.”

“Bill started off by pointing at an image of the arena and saying, ‘I used to fall from the roof of this thing,’” she says. “He went on to explain that in 1975, he helped form a police pipe band from the Emergency Task Unit, which he built from the ground up. They used the arena for their first three or four years for a tattoo of military music. Part of the show was the emergency task force propelling out from the ceiling as the trucks drove in.”

Jonescu described the experience as “powerful” and “energizing.”

“I am not a big sports fan, but I was absolutely engulfed in the stories and the items that came through my table because of the passion each guest brought with them,” she says.

Both students agree that the experience has given them a deeper appreciation of the arena’s role in the community. 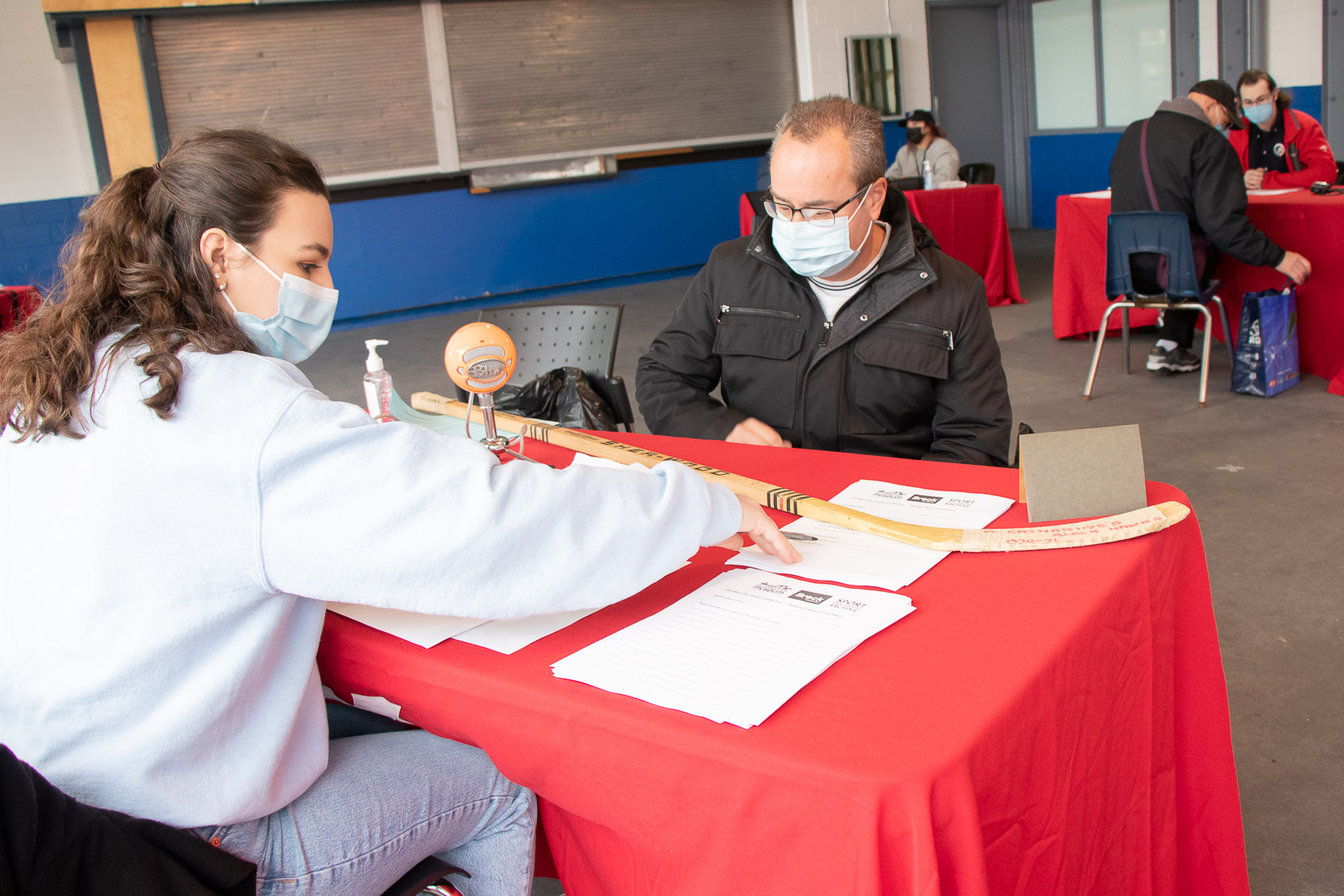 Jonescu, who has lived in the Niagara region her whole life, was touched to see the way the community came together around the arena.

“Something I have always loved about Niagara is that communities here are very tight knit,” she says. “This was proven when seeing everyone rally behind the arena the way they did. It was amazing to see the community come together in this way.”

While the event may be over, the collecting continues. Those with memories of the arena are encouraged to contribute them online at the Sport and Oral History Archive Garden City Arena Collection.

“Everyone has a story and every story has incredible value,” says Jonescu. “I think we are often quick to brush past stories, but there is so much in each one that really builds a beautiful picture.”

For now, students have the hard work of bringing together material in the archive and planning follow-up interviews for the new year. Next semester, students will use the stories and photos they collected to create digital exhibits to share the memories they collected with the public.