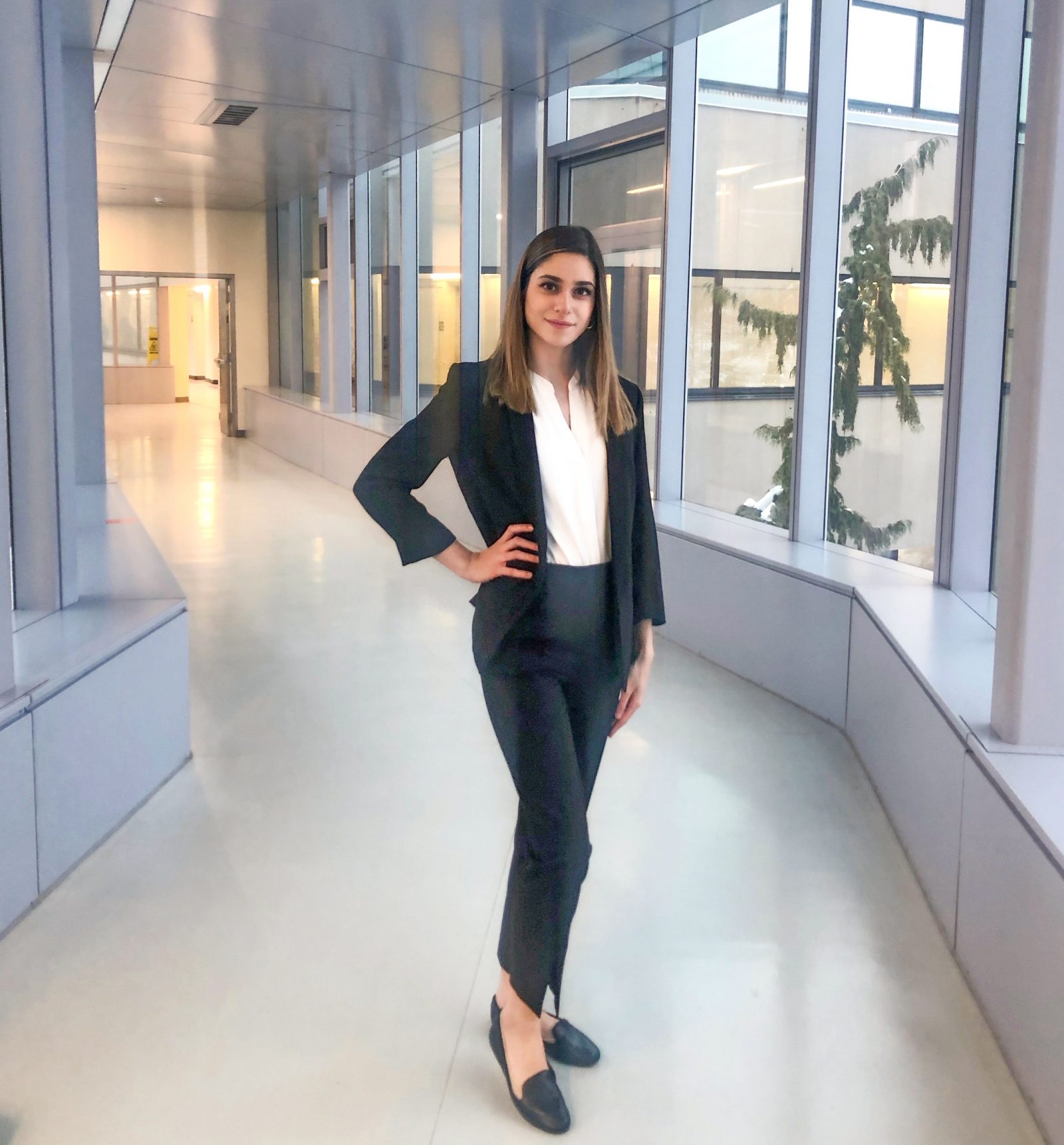 Rita Jokhaji (BA ’21) is the recipient of the 2021 Lou Cahill Scholarship in Communication.

It was a simple but important concept that helped Rita Jokhaji (BA ’21) to decide her career path.

“Marketing is what made learning fun for me, and I knew it was what I wanted to pursue based on that feeling,” says the Brock Business Communication graduate, who was recently recognized with the 2021 Lou Cahill Scholarship in Communication.

Jokhaji’s eagerness to not only learn but also succeed saw her excel during her studies at the University and made her an excellent candidate for the honour.

The Lou Cahill Scholarship was created in 2008 and is awarded annually to an upper-year student in the Business Communication or Media and Communication programs at Brock University who demonstrates a strong commitment to academic excellence, community involvement and participation in charitable activities.

The $1,250 scholarship is supported by the Canadian Public Relations Society (CPRS) Foundation and named for Louis J. Cahill, who founded the country’s longest-operating public relations firm, now part of Enterprise Canada, and was recognized among his peers as the ‘King of Communicators’ and Canada’s ‘Dean of Public Relations.’

“Learning that I had been awarded the Lou Cahill Scholarship in Communication made me feel very proud of my achievements,” says Jokhaji, who graduated from Brock in June. “I experienced a lot of personal and professional growth over my four years of university and I believe this scholarship is a reflection of that, so overall, I felt very grateful.”

The now 23-year-old was born in Stockholm, Sweden, but came to Ontario in 2007. She says she was bitten by the marketing bug early.

“What drew me to the Business Communication program was my interest in marketing and communications, which stemmed from a single marketing course I took in my last year of high school,” says Jokhaji.

Her passion for her studies in the field of marketing and communication was reflected in her academic performance. She made the Dean’s list in her third and fourth years and was offered a place in Brock University’s Golden Key International Honour Society.

But her commitment also extended to her fellow students in the Department of Communication, Popular Culture and Film (CPCF). Last year, Jokhaji served as a peer mentor in the Badgers Building Bridges program to help orient and encourage new students in an environment that was almost entirely online because of the COVID-19 pandemic.

She also served on the CPCF Student Society, something she says was a highlight of her university career. As Co-Vice President of External Affairs, she helped plan, organize and support academic, social and volunteer-based events that aimed to connect CPCF students with one another, Brock University and the Niagara community.

The CPCF Student Society Executive also sought out opportunities to support charity events, including the Coldest Night of the Year, which Jokhaji found particularly meaningful.

“Coldest Night of the Year is a walk held to raise money and collect donations that fund critical services and supports for vulnerable families and individuals experiencing homelessness, hurt and/or hunger,” she says. “My team and I raised $2,000 for the YWCA Niagara Region Affordable Housing Program.”

Jokhji also says that while she appreciated that her degree program covered valuable business lessons beyond marketing, she knew what she wanted to focus on and took it upon herself to get involved in any opportunity to hone her marketing skills and build up a professional network.

She jumped at the chance to take part in the 2019 Grant Dobson Marketing Case Competition, an experience that she says helped enhance her creative and social skills as she faced down a judging panel of industry experts who awarded her team second place. Then, in 2020, she emceed the annual Terry O’Malley Lecture in Marketing and Advertising.

Jokhaji also made a point of sharing her knowledge and skills beyond her department, working as the Social Media Co-ordinator for the Brock University Students’ Union (BUSU) and completing an appointment as a Marketing Intern at Hughes & Co, a local marketing agency, as part of CPCF’s fourth-year internship course.

In the spring, she went to work as a Digital Marketing Co-ordinator for Digital Main Street and Communitech’s “Future Proof” program, which was developed to help small businesses impacted by COVID-19.

Associate Professor Jacqueline Botterill in the Department of Communication, Popular Culture and Film says that Jokhaji’s peers respected her “integrity and camaraderie” as an active member of the student community.

“Rita’s contribution to course group projects and numerous extracurricular activities, including the Dobson Case competition, distinguished her as a competent go-getter, critical thinker and innovative problem solver,” says Botterill. “A first-rate communicator who delights in acting in service to her community, Rita is a perfect fit for the Lou Cahill award.”

Since graduating, Jokhaji has taken a new job as a Marketing Co-ordinator for Organimi, a Canadian B2B software company in the human resources industry.

“I work with an awesome team and love what I do,” says Jokhaji. “My career goal is to continue to grow within my field and make a positive impact on both businesses and consumer experiences.”