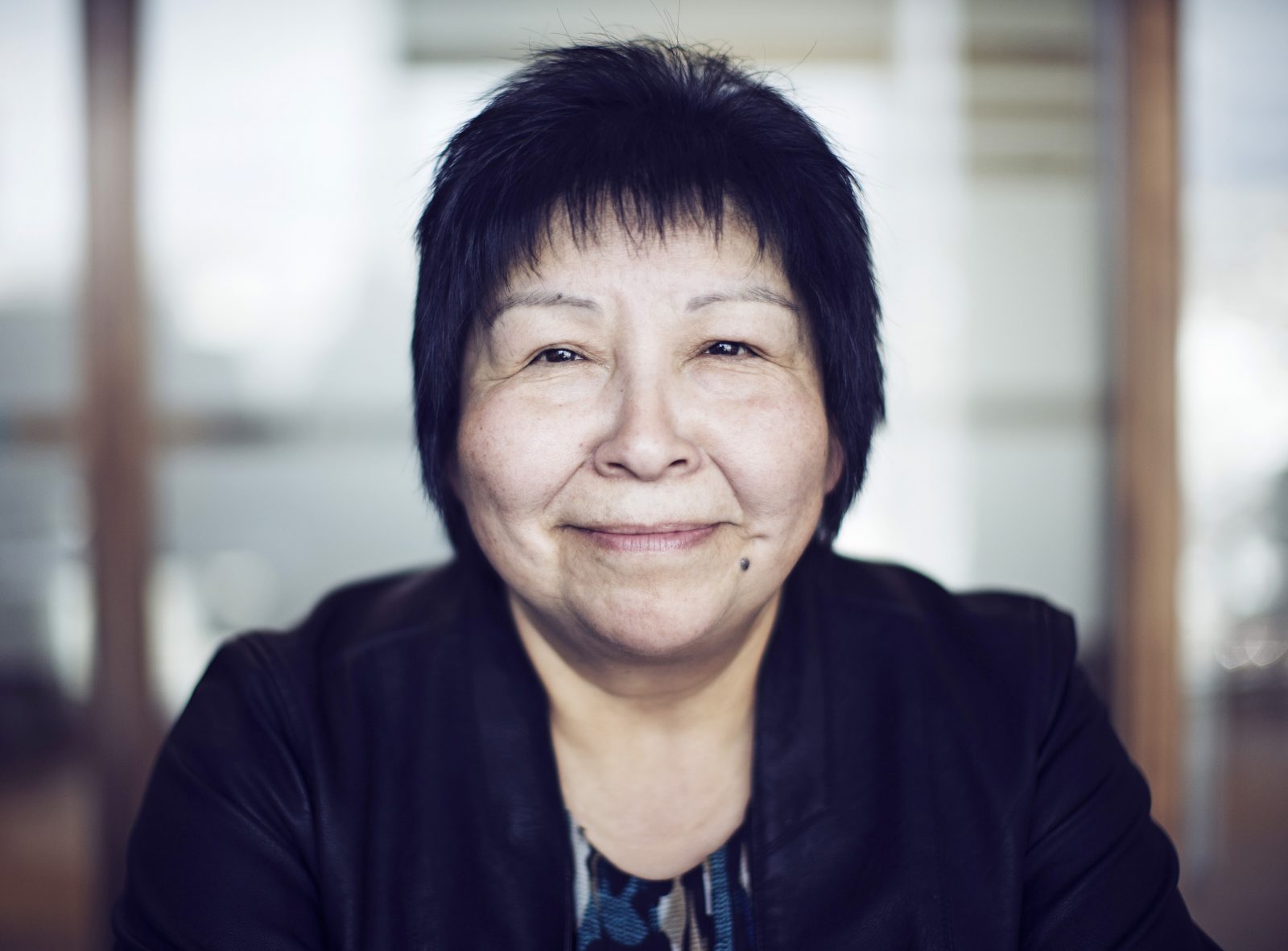 Margaret Kenequanash was honoured as the Goodman School of Business Distinguished Leader on Thursday, Oct. 28.

Tell Margaret Kenequanash she can’t do something and the prominent First Nations leader won’t quietly go away.

Tell Kenequanash she can’t do something and she’ll prove she can.

It started out in 2007 as an effort to connect a handful of northern Ontario Indigenous communities to the grid. It turned into rolling out more than 1,800 kilometres of transmission lines and working with 24 First Nations to bring clean, reliable electricity to 17 remote communities that had been powered by spotty diesel generators.

“There’s quite a few industry people specifically that told me I’m crazy and this is never going to happen,” Kenequanash said. “And that was more like a booster for me that it can happen.”

Kenequanash, who now serves as CEO of Wataynikaneyap Power, told the story of the project’s genesis and significance last Thursday when she addressed the Brock community as the Goodman School of Business 2021 Distinguished Leader. The virtual event was supported by the Wilmot Foundation and is part of the D.G. Wilmot leader series.

The honour is given annually to a prominent Canadian business leader who shares their story during a fireside chat with Goodman Dean Andrew Gaudes. They also connect with students about their professional experiences.

Kenequanash accepted the Distinguished Leader title on behalf of the communities and partners with whom she works.

More than a chance to prove anyone wrong, however, Kenequanash was driven to make the Wataynikaneyap Power Project a success because of the socio-economic benefits it will provide. The impacted communities have existed without reliable energy to power safe, everyday living. Industry growth has also been stymied until now.

“I understood the challenges that, without long-term infrastructure in the area, it would be very difficult for our communities to look at other opportunities, but even just to improve the quality of life in the community to provide safe water, shelter and food,” Kenequanash said. “Because of the number of outages we have, those get compromised very easily. And I often think about our children, our grandchildren and also the elderly people in the community when there were lots of power outages in the middle of winter. There’s so many challenges out there.”

She added the estimated $1.9-billion project, which created nearly 770 jobs for its construction, will forever better the fortunes of the communities connected to it.

“Our people cannot pursue socio-economic opportunities in business development because they’re restricted with the capacity of diesel (generators) in the community,” Kenequanash said. “Part of this project is the vision — the vision of how we are going to create our destiny as Indigenous people. I believe in the vision of our people.”

No less important, she noted, are the undertaking’s environmental benefits. The project will spare the atmosphere an estimated 6.6-million tonnes of CO2 emissions over 40 years once it’s complete in 2023.

“We’re leaving behind … not only the benefits from this project but also the land we live on, the sacred responsibilities to the water, the animals, all those things. It’s important we maintain that for a very long time,” she said.

Still, the project didn’t come to be simply by calling the leaders of 24 First Nations and asking them to be part of it.

It was a precedent-setting, co-ordinated effort that required partnering with Fortis Ontario and other private investors who respected Indigenous cultures and autonomy.

It not only changed communities, enabling them to “live our purpose according to our creator’s plan,” it empowered Kenequanash, too.

It solidified her status as an Indigenous woman leader.

Listening is a key leadership trait, she noted. But so is speaking up at the right time.

“I would hope that I could provide information and knowledge to young women to take up challenges, make change for our people or for anything we do in life,” Kenequanash said. “It’s how we communicate and how we interact with people …. Always ask questions if you don’t know. You don’t just get smart all on your own.”