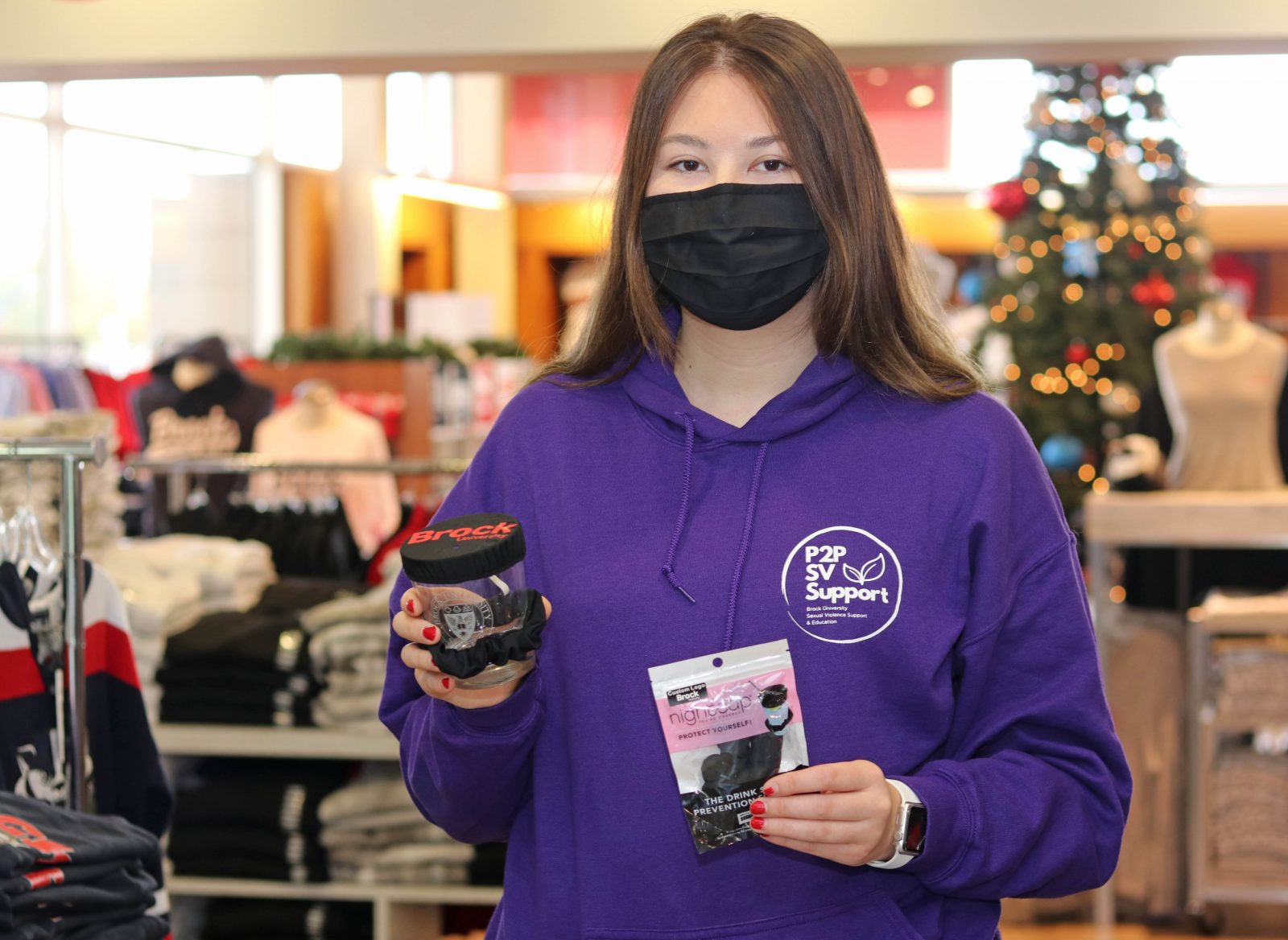 Through her role as a Gender and Sexual Violence (GSV) Support and Education Peer to Peer Assistant with Brock’s Office of Human Rights and Equity (HRE), Rockbrune approached the Campus Store and asked that they consider offering the covers for sale.

Sometimes called cup condoms, the drink covers are a simple measure to stop party-goers’ drinks from being spiked.

Talia Ritondo, HRE’s Gender and Sexual Violence Education Support Co-ordinator, said that drink spiking or drugging is part of a larger issue surrounding rape culture and sexual violence. While the covers don’t guarantee safety, they are another measure that can be used to help protect students.

Ritondo also pointed out an important statistic: that ‘strangers’ are rarely the perpetrators of sexual violence, with the National Sexual Assault Resource Centre finding 91 per cent of women know their assaulters.

“Drink covers are an unfortunate necessity for women in campus communities,” Rockbrune said. “Bringing cup protectors to campus is a great opportunity for our campus to start a conversation about consent and sexual violence.”

Nick Fabiano, Associate Director, Campus Store said he was glad Rockbrune reached out with the idea.

The Brock-branded NightCap drink covers are attached to a scrunchie to be conveniently carried around on the wrist when not in use. They’re now available from the Campus Store either in store or online with $2 from each purchase being donated to the Niagara Sexual Assault Centre.

“We want to be preventative, rather than reactive, by starting a shift in culture to create a safer and empathetic campus, free from sexual violence,” Ritondo said. “Along with this initiative, we are working on expanding our programming to multiple communities on campus.”

For more information and education opportunities around gender and sexual violence, visit HRE’s GSV events and actions website. If you need support, please contact Aryan Esgandanian at svsec@brocku.ca or visit the Get Support web page at brocku.ca/human-rights/get-support