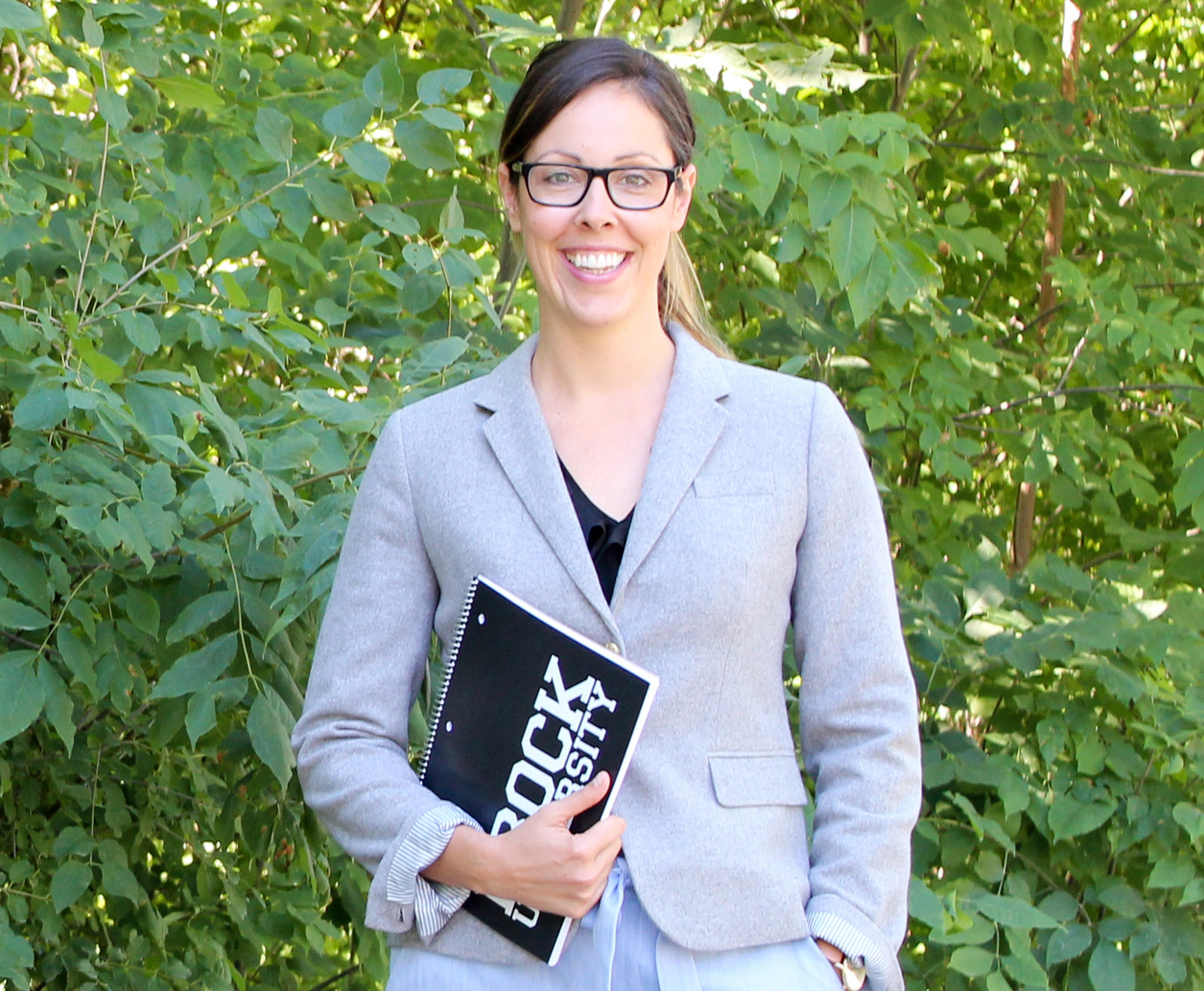 Jessica Blythe is an Assistant Professor in Brock University’s Environmental Sustainability Research Centre. Her research follows three themes: examining the conditions under which transformations to more sustainable and equitable futures may occur; exploring how the costs and benefits of various ocean governance arrangements are unevenly distributed across people and places; and, examining how adaptation to climate change can promote equity, reduce vulnerability and foster social-ecological sustainability.

It was Jessica Blythe’s childhood experiences that set the stage for two of the central questions in her research: How do communities respond to the impacts of climate change? And what accounts for differences in communities’ capacities to respond?

“I grew up in St. John’s, N.L., where life is intimately connected to the environment through the ocean,” says the Assistant Professor with Brock University’s Environmental Sustainability Research Centre.

“The annual capelin run, for example, marked the beginning of summer and was something I looked forward to each year,” she recalls. “When I was 10, the cod stocks collapsed, and I saw the devastation of climate change, combined with overfishing, first hand.”

Blythe is trained as a human geographer, a scientist who studies how human activity is organized and how interrelationships amongst people, place and the environment develop over time. It’s a transdisciplinary field, bringing ecological, social, cultural, political and other factors into the analysis.

Blythe is pursuing this community research through the Niagara Adapts Innovative Partnership project. She is the faculty lead for the project, which aims to protect Niagara residents from the impacts of climate change by developing and implementing evidence-based climate adaptation plans.

Seven Niagara municipalities are working to devise specific adaptation strategies, such as modifying sewers and drainage to deal with flooding, limiting development on flood-prone areas, maintaining emergency services during an extreme weather event, and increasing climate literacy across the region.

“At the Environmental Sustainability Research Centre, we had expertise in climate adaptation research,” says Blythe. “The municipalities had climate leadership and decision-making power, and they had risen to the challenge of developing climate adaptation plans.”

“One of the challenging things about climate change is that it cuts across everything,” she says. “It’s related to health, infrastructure, food production — everything we do is affected. This means we need to tackle climate change collaboratively.”

“We’ve been able to pool our resources, share expertise, conduct research, talk to thousands of people across the region and support the development of high-quality climate adaptation plans for municipalities in Niagara,” she says.

In addition to her Niagara community work, Blythe specializes in ocean research.

In a recent study, Blythe led an international research team to explore if and how optimistic or pessimistic future scenarios would cause people to feel more empathy for oceans. Empathy is one indicator of a willingness to care for the environment, she says.

In the study, titled “Fostering ocean empathy through future scenarios,” researchers presented participants with virtual reality and written passages to give two accounts of what could happen in the future.

“We found that these scenarios fostered ocean empathy, with the pessimistic scenario resulting in higher empathy compared to the optimistic scenario,” says Blythe, adding that her team’s unique study “presents a novel approach for supporting ocean sustainability.”

Last year, Blythe co-authored another study finding that if nothing is done to address climate change, tropical fish populations may decrease by 40 per cent within the next 30 years.

“Some 1.9 billion people depend on tropical fisheries for their food and livelihood,” says Blythe. “Most of these countries contribute next to no greenhouse gases, yet they bear the full impact of the damage.”

But it’s also a global problem, as tropical fish are consumed world-wide, she says. “Everyone is going to feel the negative impacts of climate change on tropical fisheries — not just people who live in the tropics.”