Human Rights and Equity welcomes back students with array of initiatives 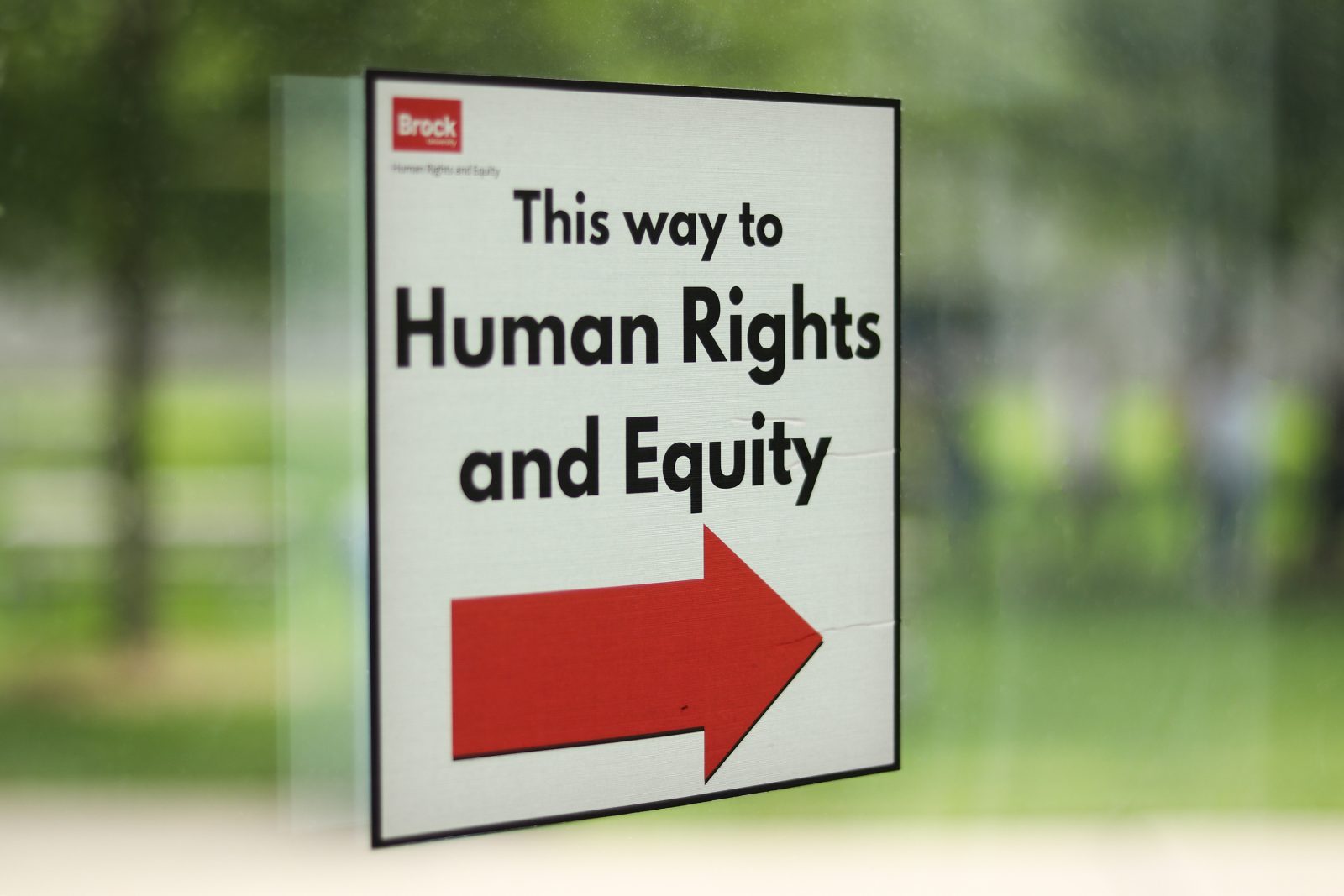 The beginning of the Fall Term has marked the launch and return of several projects from Brock’s Human Rights and Equity (HRE) team.

The full slate of offerings kicks off Friday, Sept. 17 with the introduction of a new bi-weekly newsletter that will provide updates on student-, staff- and faculty-centred events and workshops that HRE is featuring this year.

The first newsletter will feature a welcome message and address from HRE Director Leela MadhavaRau, in addition to details on how to register for educational emails related to each pillar of the HRE office. The goal of the emails is to keep community members engaged and informed about issues in human rights, gender and sexual violence, anti-racism movements and anti-ableism initiatives at Brock and in the larger community.

“The HRE team is very excited to be releasing a newsletter twice a month this year,” said Talia Ritondo, HRE’s Gender and Sexual Violence Education Co-ordinator. “We want to keep the community up to date on our many educational events and workshops that we have planned, and to just help spread awareness and information about the change we are all working towards.”

Anyone wishing to sign up for the newsletter can do so here.

Along with the launch of the newsletter, HRE is also preparing for the return of its ‘Peer 2 Peer’ (P2P) drop-in hours, where a safe and supportive space is created for anyone who wishes to chat with the Gender and Sexual Violence Peer Support team. During the drop-in hours, which begin Tuesday, Sept. 21, participants can safely disclose an occurrence of sexual or gender violence, as well as also being able to ask questions about sexual violence, human rights discrimination or other areas of concern. This year’s drop-in launch also coincides with #ibelieveyou Week, which hosts several themed drop-in events while providing support to survivors of sexual and gender violence on and off campus.

Ritondo said the services available during the drop-ins are needed more than ever.

“Coming back to campus after a year away can be difficult, and there has been a lot of violence and harm reported in the media recently,” she said. “We really hope to be as accessible to students as possible by being present for those who need a space to relax and to have someone listen to them. I hope everyone feels welcome to come stop by for an in-person chat after or before their class, or to pop in online anonymously any time.”

For those who wish to take an intersectional approach to confronting sexual and gender violence, HRE will also be resuming its Gender and Sexual Violence (GSV) Support Certificate workshops. Along with returning topics, such as an updated BIPOC (Black, Indigenous and People of Colour) perspectives workshop, this year’s participants will be able to complete the new GSV and Grooming workshop, which will discuss how grooming can occur in many spaces and how it affects marginalized populations in different ways.

Along with providing standard and advanced certificates for completing five or 10 of the workshops, respectively, Ritondo said the program also contributes to positive change beyond the University.

“The GSV certificate is part of the crux of our programming at HRE,” she said. “I think our workshops are so popular because they get conversations going around important issues in accessible and easy to understand ways. Plus, our office is a strong believer in the power of education to drive change.

“Those who take our workshops are really helping contribute to positive change at Brock and further afield,” Ritondo said. “We look forward to seeing familiar faces for those looking to finish up the certificate, and new faces who want to learn more about gender and sexual violence and its many forms.”

Registration information for the GSV certificate can be found here.

With so many options available to the Brock community, Ritondo said those tasked with organizing the initiatives are looking forward to them getting underway.

“The HRE team and the P2P team are just so excited to get back in gear this semester,” she said. “We spent the whole spring and summer developing great new programs and refining old classics to bring participants all the highest quality workshops, training and events. We hope they’re not only fun, but that they will also bring the whole community together to end sexual violence, racism, ableism, homophobia and all discrimination and harm that affect our communities.”

To learn more about the initiatives, visit the HRE website.