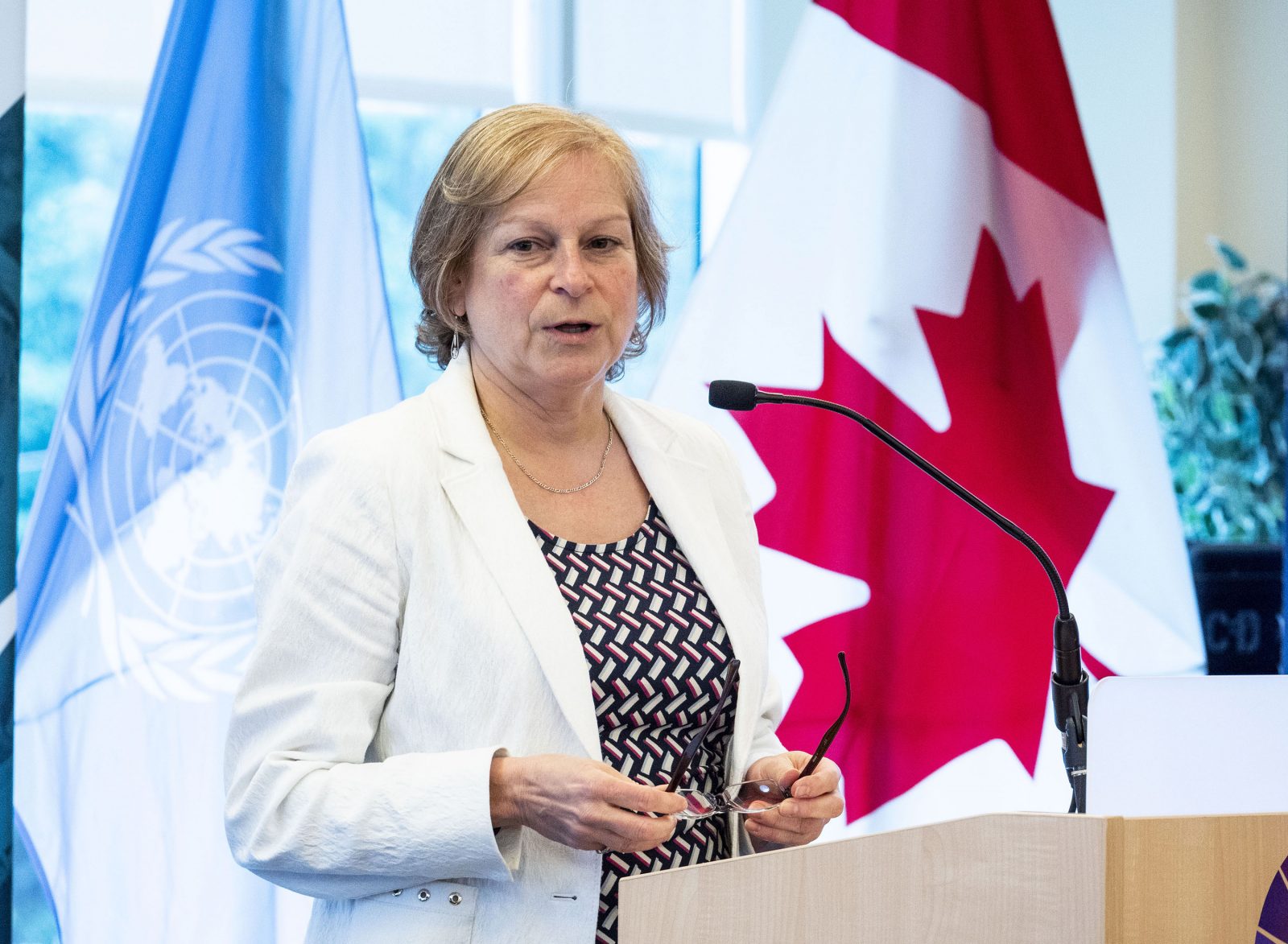 Liette Vasseur was appointed as Deputy Chair of the Commission on Ecosystem Management at the 106th International Union for Conservation of Nature Council Meeting last week.

Composed of more than 18,000 experts, the IUCN is one of the largest and best-known intergovernmental conservation organizations in the world. Its objectives are supported by the CEM, which provides expert knowledge and policy advice on environmental, economic, social and cultural factors affecting the management of natural resources and biological diversity.

Vasseur, who is also Brock’s UNESCO Chair in Community Sustainability: from Local to Global and President of the Canadian Commission for UNESCO, served as a member of the CEM Steering Committee representing the North American region before this new appointment last week.

“I am honoured to be able to serve the committee in this new capacity as we work on pressing environmental priorities and the need to address the link between the co-existing climate and biodiversity crises,” Vasseur said. “Now, more than ever, it is vitally important to continue advancing the work of the CEM in supporting ecosystem-based management and nature-based solutions to address our global challenges.”

Vasseur’s Deputy Chair appointment was approved in the 106 Council, by way of nomination from the elected chair.

“I am looking forward to working with the new CEM Steering Committee — with Liette Vasseur alongside me as the new Deputy Chair — on the many challenges that lie ahead of us,” said Angela Andrade, Chair of the CEM-IUCM.

Vasseur also organized two sessions at the recently held IUCN World Conservation Congress, which took place in Marseille, France, from Sept. 3 to 11. These included a campus session with young professionals and the CEM’s thematic session. In addition, she also contributed to the session on nature-based solutions and young professionals, as well as the promotion of the newly released Principles for ecosystem restoration to guide the United Nations Decade 2021–2030. The guidebook, on which Vasseur was a contributing author, contains 10 principles for ecosystem restoration and was created as part of the United Nations Decade on Ecosystem Restoration in partnership with the United Nations Environment Programme, the Food and Agriculture Organization and the Society on Ecological Restoration.

“Ensuring the health of the natural world around us is essential for the survival of all species on Earth — including humans,” Vasseur said. “Adopting principles that support ecosystem restoration and improved biological diversity will be critical to achieving our sustainability goals in the future.”