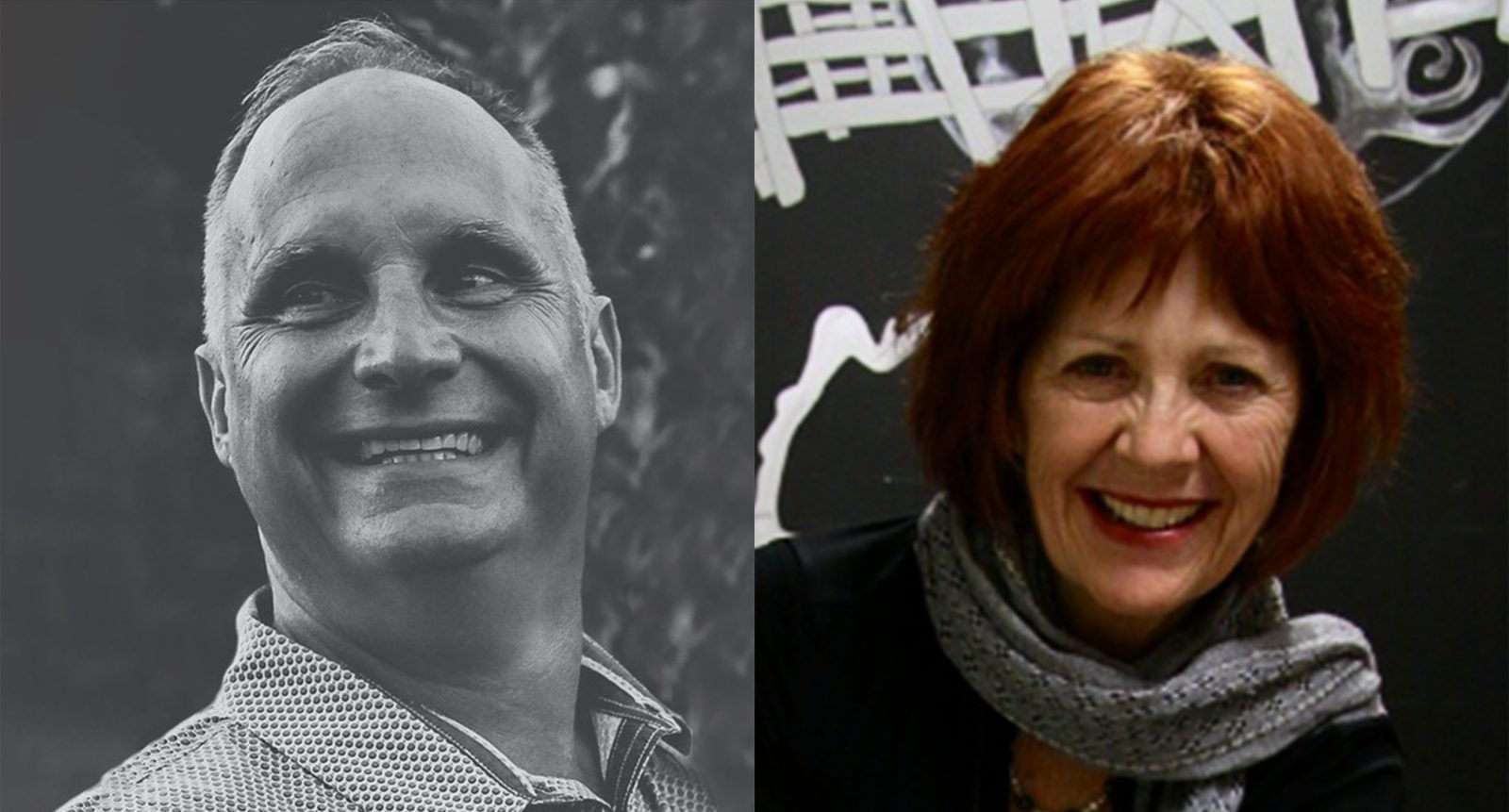 Artists and Instructors from Brock’s Marilyn I. Walker School of Fine and Performing Arts Andrew Tye (left) and Barbara Worthy (right) are among the nominees for the 2021 St. Catharines Arts Awards.

The City of St. Catharines is gearing up to celebrate the local arts scene and those who champion it — including members of the Brock community.

Among the City’s recently released nominees for the 2021 St. Catharines Arts Awards are several individuals and one group who are connected to the University.

Marilyn I. Walker School of Fine and Performing Arts (MIWSFPA) instructors Andrew Tye and Barbara Worthy were nominated for the Arts in Education Award and Making a Difference Award, respectively.

Other Brock nominees include alumna and musician Kathryn Sinopoli (BA ’13, BEd ’13), who received the nod for the Emerging Artist Award, and social, economic and environmental justice organization OPIRG Brock and retired Visual Arts faculty member Jean Bridge, who were both nominated for the Making a Difference Award.

Tye, who has been an Instructor with the Department of Dramatic Arts (DART) since 2013, is honoured to be nominated for the second year in a row in for the Arts in Education Award, which celebrates individuals and groups committed to engaging residents through arts education.

“I have always believed learning through the arts is a collective endeavour — there is no single individual that makes that successful,” he said. “I am someone who helps facilitate group and collective success, and I believe in a common goal for learning.”

Worthy, a MIWSFPA Instructor famous for her energetic class warm-ups and always having her little white dog at her side, has taught in DART since 2006 and teaches at the Centre for Studies in Arts and Culture. Currently, Worthy is teaching DART 3P92 Scriptwriting, to students in the Dramatic Arts, English and Creative Writing, Film and GAME programs. An experienced creative producer and writer, Worthy is also thrilled to be a part of the awards celebration.

A former longtime producer for CBC Toronto and former actor with Shaw Festival, Worthy’s teaching philosophy is informed by her professional career in the arts and a strong belief in the importance of experiential learning.

The St. Catharines Arts Awards will be presented online Sunday, Nov. 21, livestreamed from the stage of the FirstOntario Performing Arts Centre (PAC).

“The city’s cultural and artistic community has exploded in recent years — there are so many diverse voices and visions out there,” said Kathleen Powell, the City’s Acting Supervisor of Cultural Services. “These nominees represent some of the best our community has to offer, world-class talents who call St. Catharines home and step up to build a community we can all be proud of.”

For more information about the arts awards and how to view the celebration, visit the City of St. Catharines website.