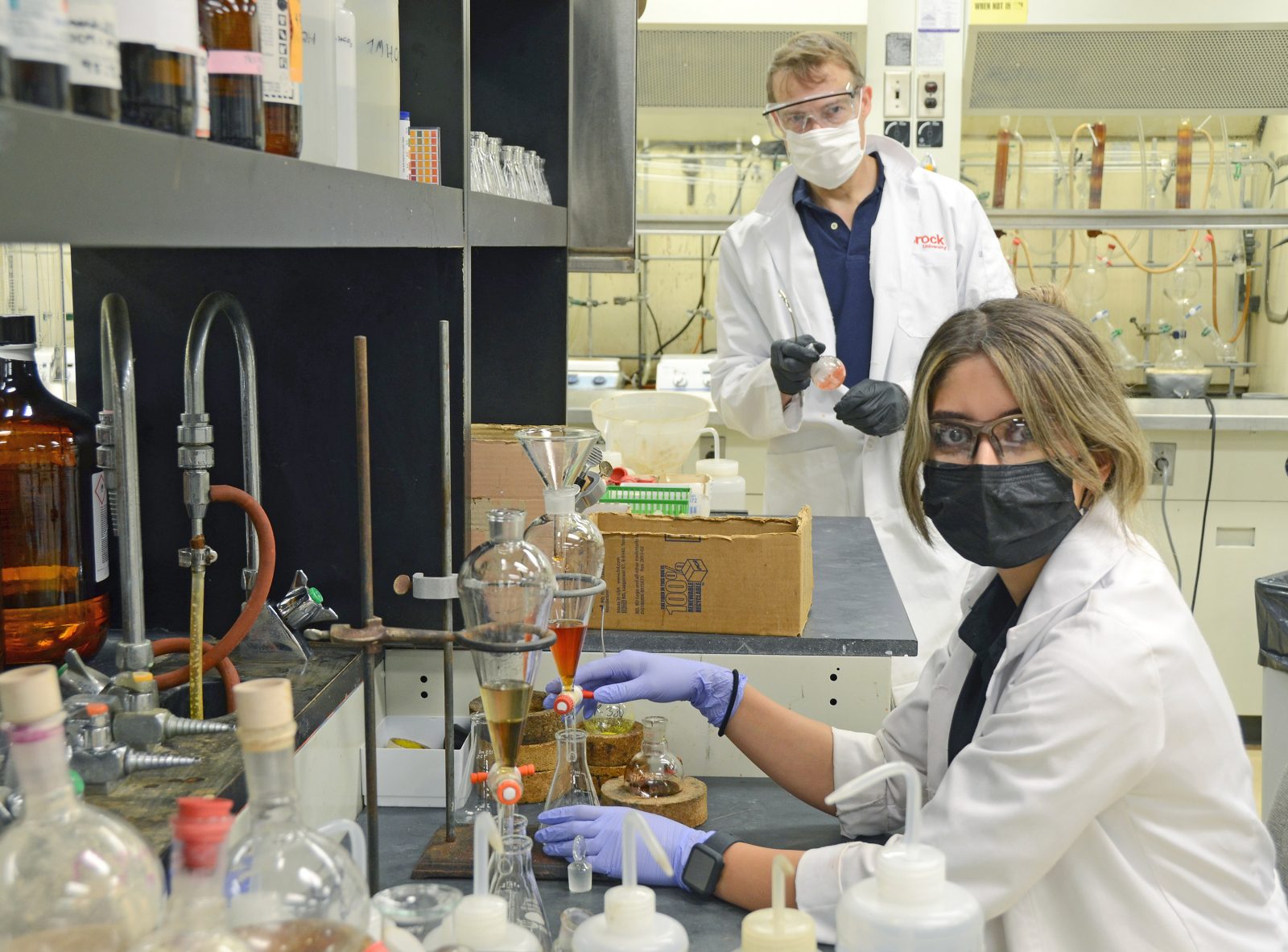 The line in the Mary Poppins song, “Just a spoonful of sugar makes the medicine go down,” may be true in some cases. But for Brock University Professor of Chemistry Travis Dudding, the sugar is the medicine.

In partnership with Simon Fraser University chemist Robert Britton, Dudding and his team are making glycomimetics, modified natural sugars that are “essential bio-molecules” vital for fundamental biological processes such as cells passing signals to one another, proteins being shaped and cells being metabolized.

“With these designer sugars, we’re interested in making sugars with favourable properties for drug applications, such as having longer lifetimes in the body and improved binding affinities to receptors in the body, assisting in cell signalling, or processes where sugars are needed,” says Dudding.

These glycomimetics are part of large and diverse libraries of altered sugars the pharmaceutical industry can draw upon to manufacture drugs, says the paper. The paper contains illustrations of a variety of molecular structures of modified sugars used in medicines to treat influenza, diabetes, hypertension, cancer, and Alzheimer’s disease.

The North American research team concludes that their strategies to make these glycomimetics “should inspire new efforts in drug discovery.”

“For drug development, you need to be able to access a library of these different sugar derivatives,” says Dudding. “You might replace oxygen of a sugar with a carbon, nitrogen or sulphur, which will change its biological properties.”

Brock’s contribution to the paper is rooted in two of the Dudding group’s longtime specialties: understanding chemical reactivity; and an interest in incorporating fluorine for potential applications as drug cures and imaging agents.

Dudding says the fluorine in altered sugars enables certain compounds to pass through barriers such as those caused by fats called lipids and to remain in the blood stream longer.

Further, “it attenuates and reduces degradation and oxidation processes in general,” he says.

“From a medical standpoint, in drug development, fluorinated sugars could allow drugs to have a longer lifetime of action in the body or they’ll bind tighter to a receptor to cause a desired process, so that’s where they become useful,” says Dudding.

The Dudding group has worked on creating fluorinated molecules such as steroids and glycomimetics for many years, liaising with researchers at Johns Hopkins University in Maryland and other collaborators to do so.

The research for the Nature paper adds to the Dudding group’s long-running project interest in developing potential imaging agents for radiolabeling, a technique that tracks radioactive molecules through the body.

“If somebody had a disease, you can see how that molecule is functioning,” says Dudding. “Maybe the disease causes the body not to metabolize a sugar correctly; we can see what’s going wrong.”

“Although Rohzin is one year away from earning her master’s, the huge amount of work she did toward this publication, is in line with that one would expect to see from a graduating PhD as the major content of their dissertation,” he says.