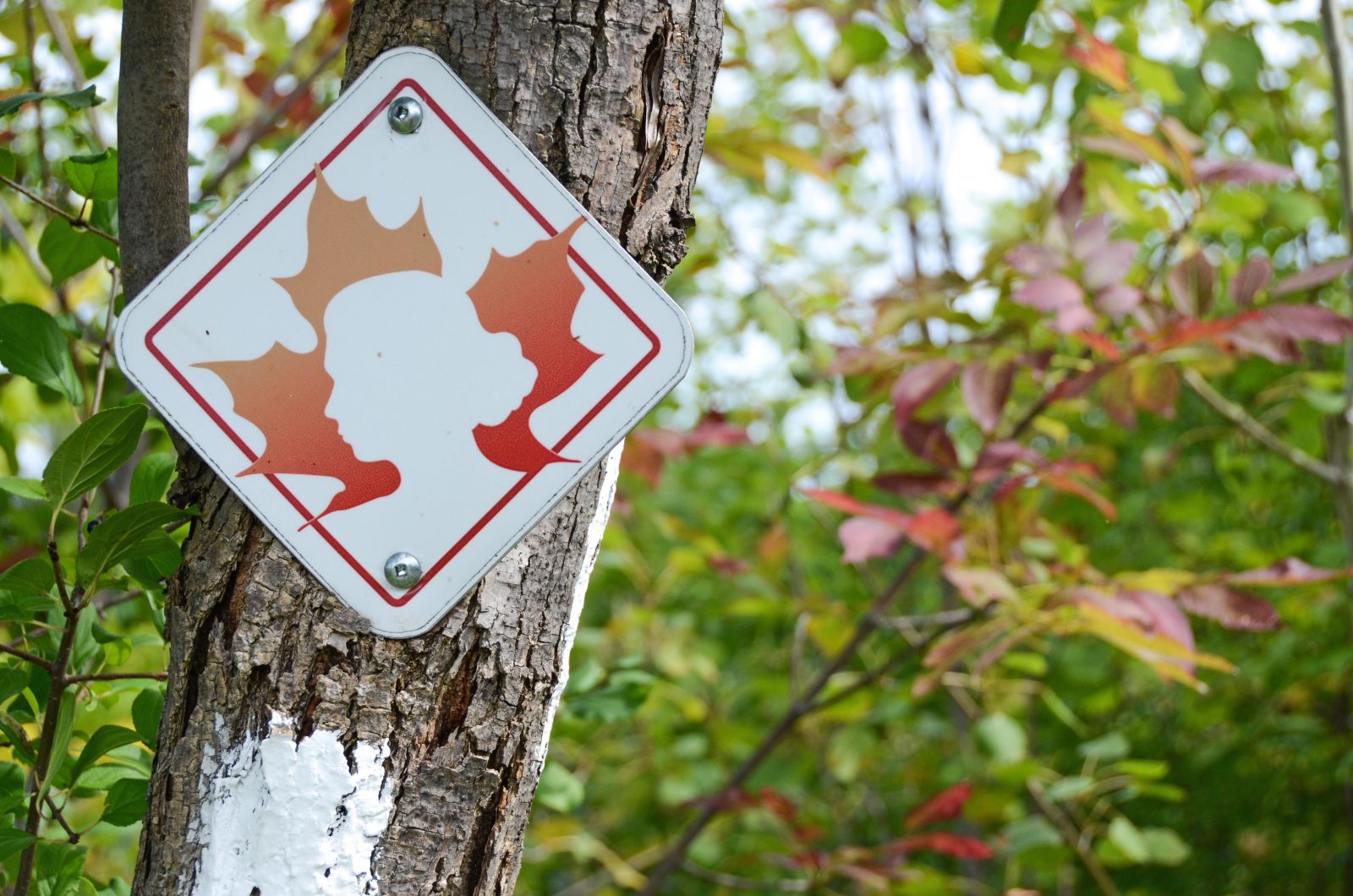 A section of the Laura Secord Legacy Trail that runs from Niagara-on-the-Lake to Thorold. Brock biologist and UNESCO Chair on Community Sustainability, Liette Vasseur, has formed a partnership with the Indigenous, not-for-profit charitable organization Plenty Canada to identify Indigenous plants along the 32-kilometre trail.

NOTE: Earlier this year, Brock University announced the creation of its first-ever Indigenous Research Grant. This is one in a series of articles profiling the research of recipients under this internal award. To read more on the series, click here.

Laura Secord’s 1813 trek from Queenston to DeCew House likely involved navigating through plants, shrubs and trees, which the area’s Indigenous Peoples knew intimately for their nutritional and curative properties.

The scenery between Niagara-on-the-Lake and Thorold has changed a bit since then, but the importance of knowing plants native to Niagara is as strong as ever, especially in Indigenous communities.

With funding from the Vice-President, Research’s Indigenous Research Grant, the team is identifying Indigenous plants along the 32-kilometre Laura Secord Legacy Trail that Secord was said to have travelled to warn British troops of an imminent American invasion.

“Indigenous plants refer to species that were here before colonization by Europeans,” says Vasseur. “Since colonization, we have had some species that have been introduced. After a certain number of generations, the species will become what we call ‘naturalized.’”

“It’s very complex,” says Vasseur, adding that the team will rely on a variety of guidebooks, websites and organizations such as the Global Biodiversity Information Facility to distinguish between Indigenous plant species and species that were introduced and naturalized after European settlement.

Tim Johnson, senior advisor to Plenty Canada, says Vasseur and student Kasia Zgurzynski have already identified more than 60 Indigenous plants, of which they have provided his organization with “incredible” photographs.

“We’re going to be bringing in Indigenous advisors and language speakers to take a look at what they found and see if we can identify the Indigenous names in different languages for those plants,” says Johnson.

His team will also examine how Indigenous Peoples used or applied the plants as sources of medicine and nutrition, and for other purposes.

“Having this first baseline of all the plants documented is fantastic,” says Johnson. “We can share this with members of Indigenous communities, so there’s an immediate educational impact that’s wonderful.”

The map came about through a partnership among Plenty Canada, the Canadian Commission for United Nations Educational, Scientific and Cultural Organization (CCUNESCO), of which Vasseur is President, and the Niagara Escarpment Commission.

The idea is that bringing two or more perspectives into a situation will result in better outcomes, as Elder Marshall explains: “learn to see from your one eye with the… strengths in the Indigenous knowledges and ways of knowing… and learn to see from your other eye with the strengths of mainstream knowledges and ways of knowing, and to use both these eyes together, for the benefit of all.”

For Vasseur, her research partnership with Plenty Canada is part of the larger movement of reconciliation, decolonization and Indigenization at Brock University and other institutions.

Johnson says the partnership with Brock — and other organizations Plenty Canada is working with to identify and publicize Indigenous plant species — helps “return Indigenous scientific knowledge.”

“This also leads into a better understanding of how Indigenous Peoples managed their environments with an interest towards long-term sustainability; much of this has dissipated in the last several hundred years,” says Johnson. “We really want to encourage Indigenous youth to think more deeply about these things.”