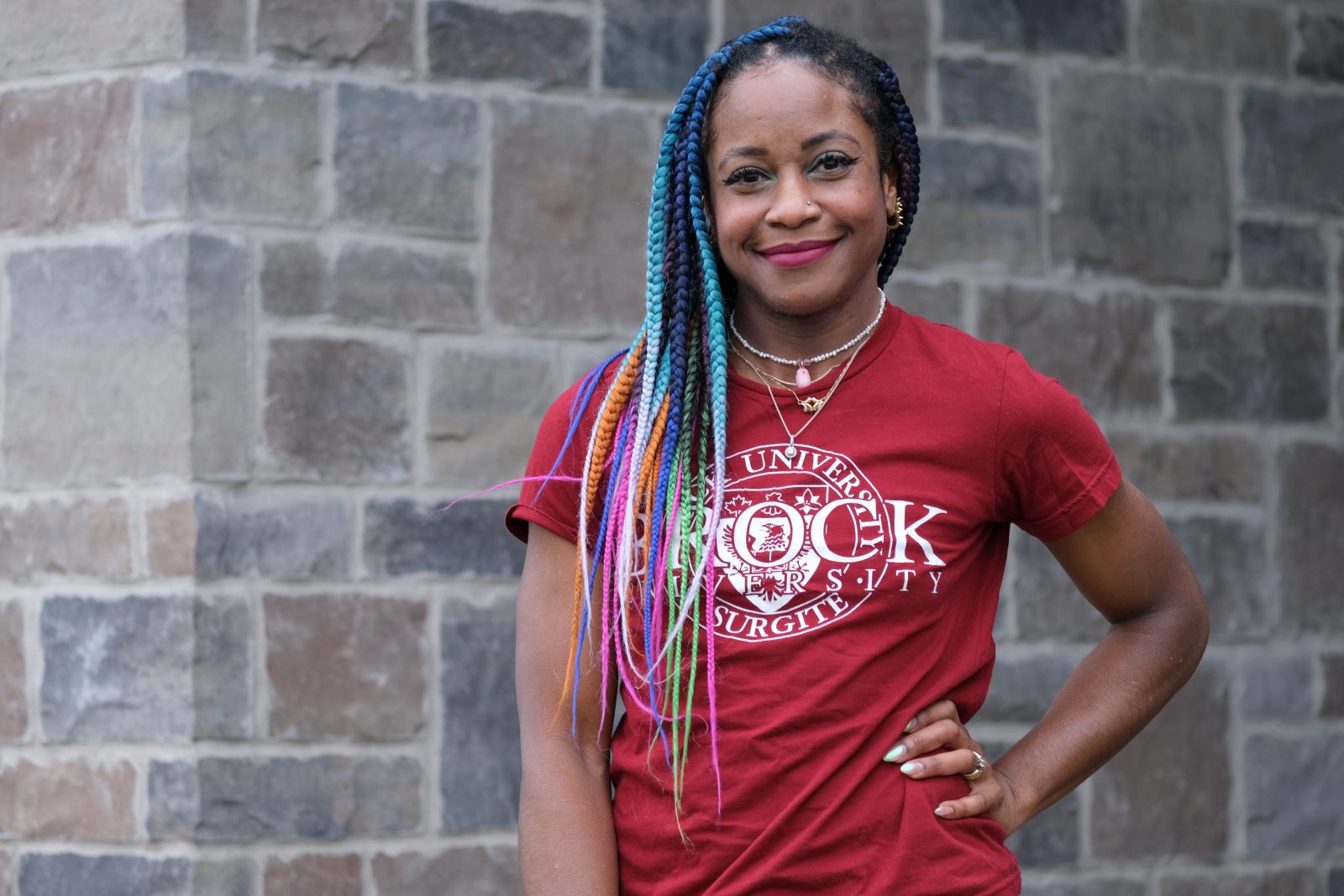 Nwakerendu Waboso (BA ’07, MA ’12) was honoured to be chosen as one of the first 20 recipients of Brock University’s Horizon Graduate Student Scholarship.

Nwakerendu Waboso (BA ’07, MA ’12) remembers it like it was yesterday.

She was 14, had just moved back to Canada from Nigeria and was thrust into a new school midway through Grade 8 where she was one of only two Black students.

It was a daunting experience for the typically outgoing teen, who came face to face with racism for the very first time.

“Nobody had prepared me for this,” Waboso recalled, adding racism was rarely, if ever, an issue in the West African community where she spent her formative years.

But suddenly, it was her reality.

“Nothing I did was right — the way I dressed, the way I talked. People made fun of the texture of my hair, because it was different,” she said. 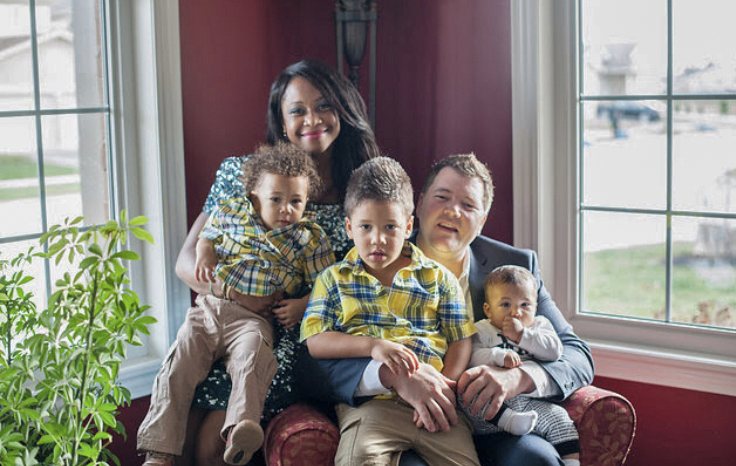 Nwakerendu Waboso and husband Dan Weatherall believe in speaking openly about their blended family with their three children Chikezie, Chijioke and Naesochukwu Weatherall.

She dreaded having to say her full name out loud, with glaring eyes saying plenty without saying a word.

While she was able to build a strong circle of close friends, the abhorrent acts worsened in high school, where Waboso deflected racial slurs, and was told to “die” and “go back to Africa” because of the colour of her skin.

“I had never faced any of these experiences before,” she said. “But they helped to define, shape and inform my passion and my focus.”

Now a Brock University Child and Youth Studies PhD student, Waboso has taken those experiences and used them to drive her success.

Earlier this year, Waboso was honoured to be among the first 20 students recognized with the University’s Horizon Graduate Student Scholarship.

The fund will provide $1 million to high-achieving graduate students from BIPOC (Black, Indigenous and People of Colour) and other under-represented groups over the next 10 years, with 20 students from research-based programs chosen each year to receive a one-time award of $5,000.

The scholarship aims to help Brock attract top researchers and students from various fields while building a diverse and inclusive university community.

Waboso’s goal is to make an impact on the education system in hopes of preventing future students from facing situations similar to hers.

“I want to work on BIPOC curriculum development,” said the Niagara Falls wife and mother of three. “My dream is to engage a curriculum that is equitable and inclusive, one that I would be proud for my children to participate in.”

Waboso wants to ensure the education system holds people accountable for their actions and does not brush aside acts of racism and discrimination, both which can have a considerable affect on the mental health of young learners.

“I know what it’s like to feel powerless, like your voice isn’t relevant and doesn’t matter. I’ll never forget that feeling and I want to act on it in a formal environment.”

Waboso knows how drastically education can change the course of someone’s life. Her father, Chijioke Waboso (BSc ’75), is living proof. 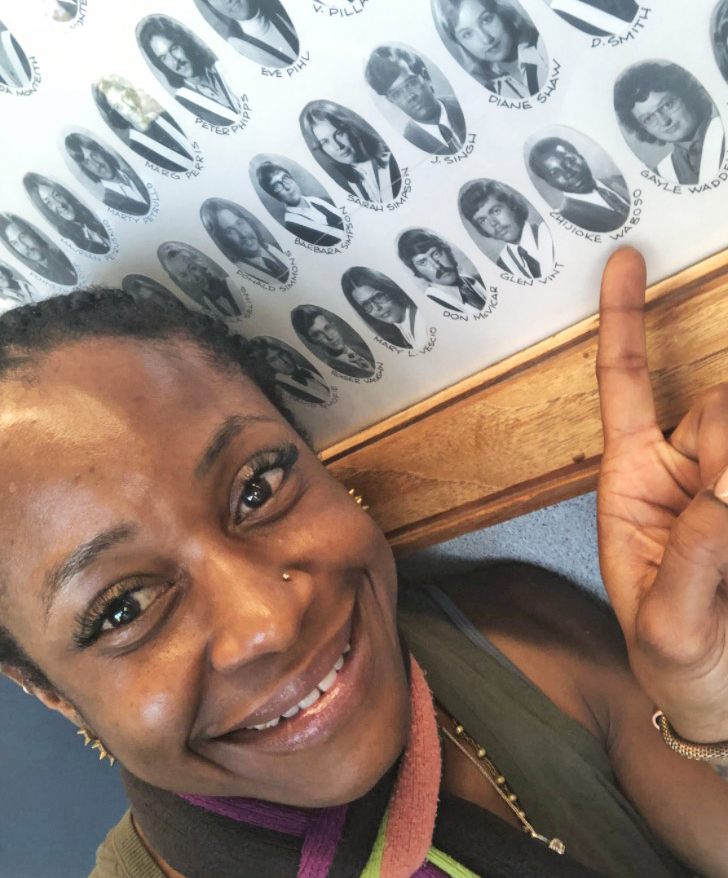 Nwakerendu Waboso’s father, Chijioke Waboso, graduated from Brock University in 1975 after moving to Canada from Nigeria to pursue his education. His graduation photo hangs in a hallway of Brock’s main campus.

A chance encounter in Nigeria between Chijioke and former Brock registrar Ron McGraw led to the family moving to Canada — where Nwakerendu was later born — so Chijioke could pursue his studies at the University.

After earning his bachelor’s degree, he went on to pursue his master’s and PhD in geophysics at Western University before the family returned to Nigeria.

It was after Nwakerendu Waboso contracted typhoid fever at the age of 14 that her parents made the difficult decision to send her back to Canada to stay with family friends and get the medical care she needed.

Waboso said the serendipitous meeting between her father and “Uncle Ron,” as he’s known to the family, set off a chain of events that had a significant impact on their lives.

Now, she is working to make her own mark at Brock.

Waboso and the other inaugural recipients of the Horizon Graduate Student Scholarship represent research disciplines from across the University. They include students who were born to immigrant parents or are immigrants themselves, have come from low-income households, are first-generation post-secondary students, and identify as members of the LGBTQ+ community.

While they each have different inspiring backgrounds and have faced their own challenges, they share the same level of passion for their graduate studies work.

“I want to thank Brock for recognizing that equity within the institution is important enough to address overtly,” Waboso said. “By creating this scholarship, the University has elevated us as students and amplified our platform.”