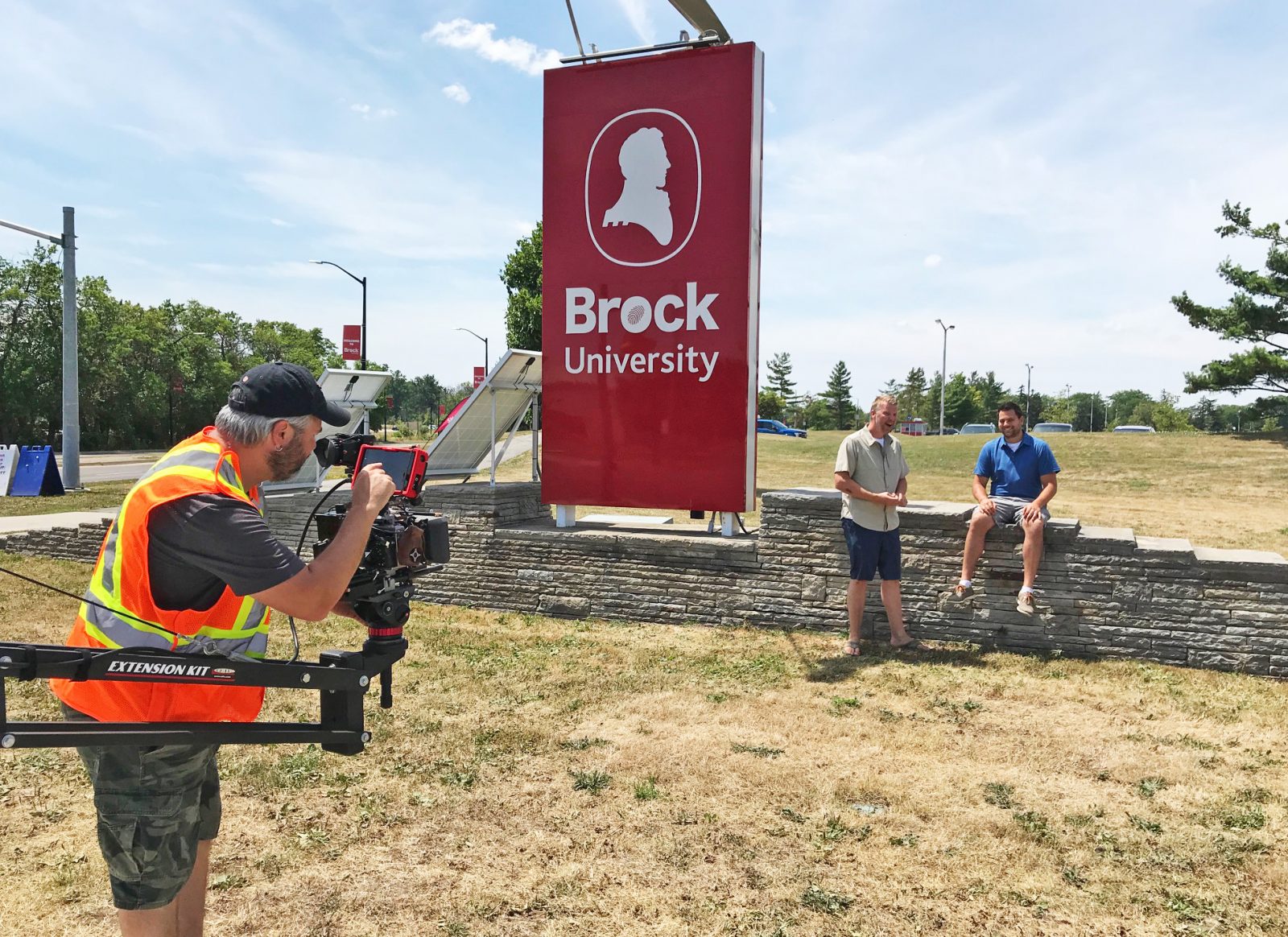 The Niagara wine industry, and the work that Brock University’s Cool Climate Oenology and Viticulture Institute (CCOVI) does to support it, will now be front and centre in the United States as CorkScrewedTV recently expanded its distribution to millions of DirecTV viewers.

Brock and CCOVI are the show’s educational partners.

“As a team, we are so very excited for the show to be viewed in beautiful 4K throughout the U.S., and we have Brock University and CCOVI to thank for their insightful dedication in every single episode,” Gagliardi said. “CorkScrewedTV was a no brainer for DirecTV and one of the main reasons was the informative and dynamic CCOVI segments.”

CorkScrewedTV takes a fun and lighthearted approach to wine education, with the hosts stopping at a different local winery every episode and discussing the ins and outs of crafting a quality bottle of Canadian wine. CCOVI scientists are also featured in all the episodes, providing educational segments that help the audience to better understand the science behind grape growing and winemaking.

“CCOVI was an essential partner in producing CorkScrewedTV because the essence of the show is to educate, entertain and inspire,” deGroot explained. “The scientists at CCOVI were amazing at communicating complex processes in very approachable ways, allowing viewers to really establish some foundational knowledge about wine. This is critical to inspiring viewers to start their own wine journeys, empowered with that knowledge.”

“This distribution shines a much larger spotlight on a vibrant winemaking region not necessarily recognized for all that it is internationally yet,” he said. “As we see in the show, Niagara is much more than the thundering waters of the falls and deserves global recognition for how grape growers and winemakers capture the essence of the unique geology, geography and climate.”

CCOVI Director Debbie Inglis said expanding the viewership for the show will also provide a sneak peek at what international delegates can expect when Brock welcomes the world for the International Cool Climate Wine Symposium on July 17 to 21, 2022.

“We’re proud to have worked with the CorkScrewedTV team to bring more awareness to the world-class wines that are being produced in Niagara and across Canada,” says Inglis. “Thanks to the continually expanded reach of the series, even more people will learn about the amazing work being undertaken by grape growers, winemakers and researchers in our industry — and that’s something we can all raise a glass to and celebrate.”

CorkScrewedTV can be viewed in Canada on Bell’s FibeTV1, in New Zealand on CountryTV, in the U.S. on DirecTV premium channel 104 and on YouTube. A further expanded distribution on more channels will be confirmed and announced soon, and the team is also working with new broadcast partners to secure another round of episodes when it is safe to do so.