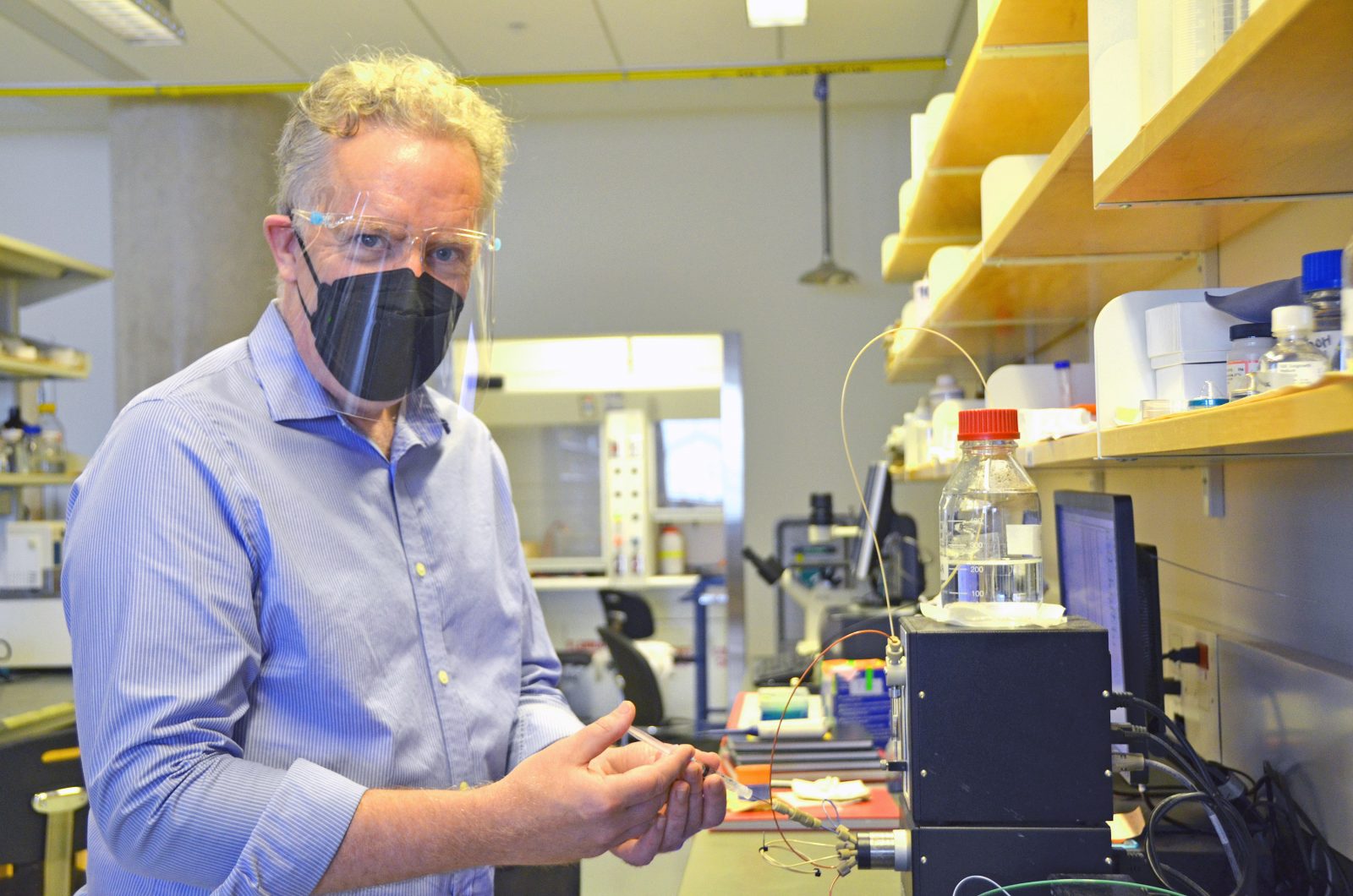 Brock University Professor of Chemistry Jeffrey Atkinson is a key contributor to a North American research team examining how proteins and enzymes contribute to the distribution of Vitamin E in mammals.

Vitamin E has long been believed to be an antioxidant, a substance that protects cells from damage caused by molecules that may play a role in cancers, heart disease and other illnesses.

Some scientists believe Vitamin E has additional medicinal functions beyond being an antioxidant, but it has been nearly impossible to test that theory, says Brock University Professor of Chemistry Jeffrey Atkinson.

However, research Atkinson is conducting may change that, with the effect of shedding new light on Vitamin E’s full functions.

Atkinson is a key contributor to a North American research team recently awarded US $2.1 million from the U.S. government’s National Institutes of Health (NIH). Of that total, Atkinson and his group were awarded approximately US $440,000.

“We’re continuing with some studies that we’ve done before, but I think the reason why we were successful with the NIH grant is that we very clearly stated we were going to take a chance on learning new directions and techniques,” says Atkinson.

The project, titled “Functions of Vitamin E and the tocopherol transfer protein,” is being led by Associate Professor Danny Manor in the School of Medicine at Case Western Reserve University in Cleveland.

Atkinson, his Research Associate Candace Panagabko, and two new PhD students, in collaboration with Assistant Professor of Biological Sciences Aleksandar Necakov, will be investigating how proteins and enzymes contribute to the distribution of Vitamin E in mammals. This will help better understand the medicinal functions of Vitamin E.

Its most important form, called alpha-tocopherol, protects fats and lipids in cells from oxidizing, “similar to how kitchen fats and oils can go rancid,” says Atkinson.

Distributing and regulating the levels of alpha-tocopherol in humans and animals is a protein called the tocopherol transfer protein. The process of protecting tissues from oxidation is tightly tied up with the way this protein functions.

“Some researchers have claimed that tocopherol has biological activities that don’t rely on being an antioxidant,” says Atkinson. “But this is incredibly hard to test since one cannot ‘turn off’ this antioxidant activity in the tocopherol molecular.”

Atkinson and his group have designed a version of Vitamin E that is almost identical to the original Vitamin E, but the group’s modified version doesn’t act as an antioxidant.

This modified version will be used in animal models at Manor’s lab at Case Western Reserve University to determine if and how Vitamin E controls the expression of genes that play a role in promoting human health.

“It is important for us to know how Vitamin E affects gene expression, as our current recommended daily allowance of this vitamin is still a bit of a guess,” says Atkinson.

“Knowing how this vitamin works in detail would allow more rational dietary recommendations that could assure better health throughout our lifespan,” he says.

He and his group will also be researching how Vitamin E operates in the liver, which absorbs Vitamin E from dietary fats and, through the action of the tocopherol transfer protein, distributes alpha-tocopherol to other parts of the body.

The wider research team will also examine the role of Vitamin E in treating and preventing fatty liver disease, an increasingly common pathology due to the prevalence of obesity and diabetes.

“We will be using biochemical and cell biological techniques to probe how the protein knows where to be and what to do with its cargo Vitamin E,” says Atkinson.