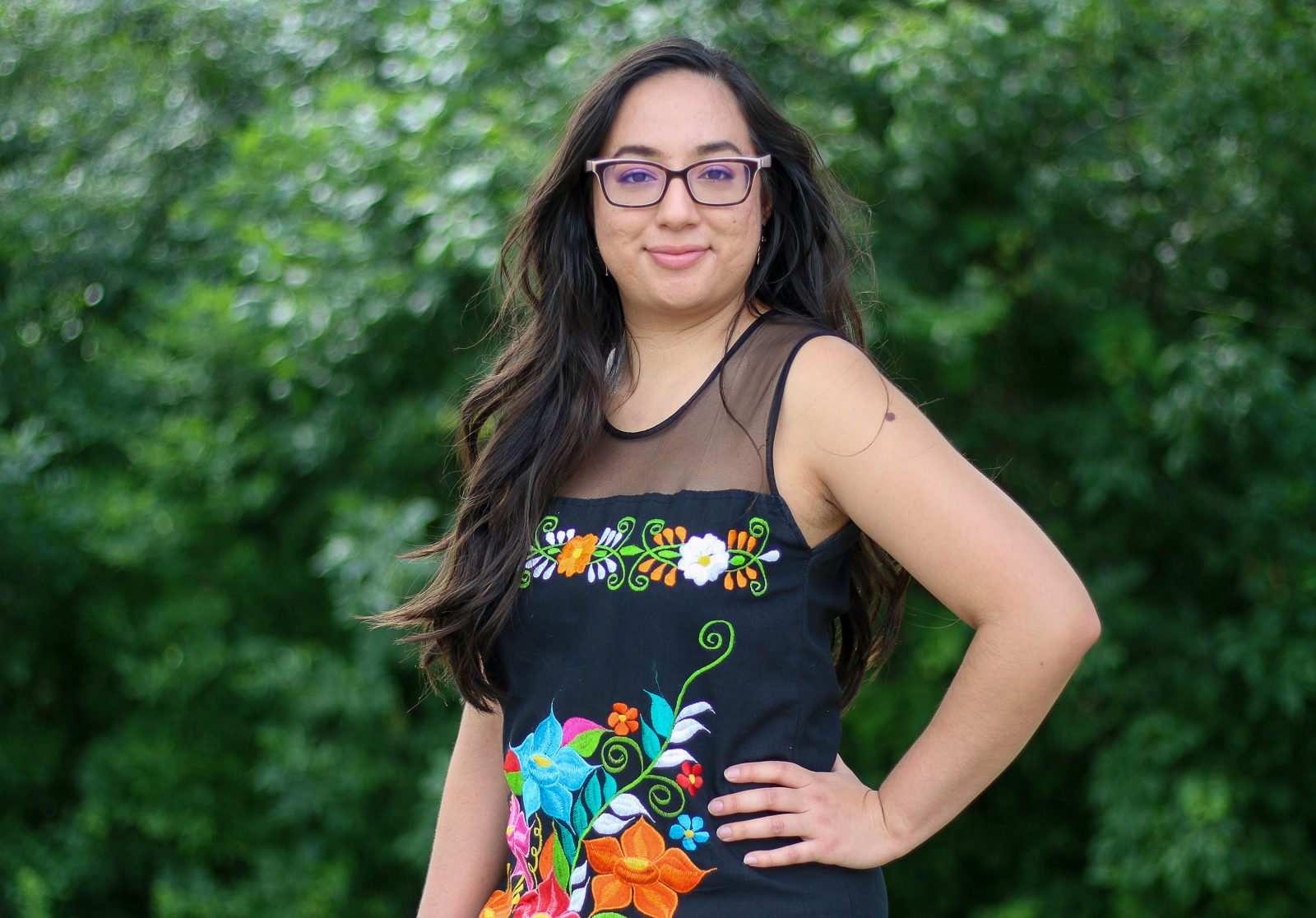 Elvia Lopez, a Brock Master of Arts in Social Justice and Equity Studies student, is one of 20 inaugural recipients of the University's Horizon Graduate Student Scholarship.

Elvia Lopez was two years old when she and her father left their home in Mexico to start a new life in the U.S.

The pair crossed the border and settled in Fresno, Calif., where Lopez lived undocumented until the age of 12. At that time, she was able to obtain permanent residency, before eventually gaining her American citizenship at age 21.

“My father’s decision to migrate him and I to the U.S. is something that has impacted me all my life,” says Lopez, a Brock master’s student in Social Justice and Equity Studies (SJES). “My relationship to the U.S.-Mexico border is something that has defined me under U.S. law. For many years, I was voiceless. When I began my undergraduate studies at California State University, Fresno, I found my voice and my passion for research blossomed.”

That passion has continued to grow over time, with Lopez now using her personal experiences to drive her graduate research project at Brock.

Her dedication to her work saw her recognized earlier this year as one of 20 inaugural winners of the Brock Horizon Graduate Student Scholarship. The scholarship fund will provide $1 million over the next 10 years to high-achieving graduate students from Black, Indigenous, People of Colour (BIPOC) and other under-represented groups. Twenty students from research-based programs will be chosen each year to receive a one-time award of $5,000.

Lopez was drawn to Brock after searching for a social justice master’s program where she could pursue a thesis in the area of sex and labour trafficking.

“I liked what I read about Brock, the faculty members and the look of the campus, so I took a chance and decided to come to Canada,” Lopez says.

When she arrived at the University, she was instantly impressed by Brock’s program and the peers she met.

“My whole cohort is great,” she says. “We are all like-minded people, and I’ve made instant friendships.”

Among those quick connections was fellow SJES student Zabrina Downton, who Lopez worked with in February 2020 to run a Niagara Social Justice Forum session aimed at busting immigrations myths and teaching strategies for bystanders when witnessing racism or xenophobia.

“That was the turning point for me,” Lopez says. “The fact that these people were using our presentation as fodder for people with such opposite views to me, I knew at that moment that I needed to switch my research focus to learn more about anti-immigration sentiment.”

Lopez settled on a project that examines the conservative, far right American news coverage of the 2019 El Paso, Texas, mass shooting at Walmart and the detaining of migrants by the United Constitutional Patriots at the U.S.-Mexico border. She is investigating how these two instances of border violence are connected to the larger discourse of anti-immigrant sentiment in the U.S.

“People are dying and families are being separated, in part, due to the anti-immigrant content in the U.S. media,” Lopez says. “A constant in my educational career has been my intellectual motivation to centre marginalized voices. As an immigrant myself, it’s important that I bring light to these issues and reaffirm existing literature on this topic.”

Lopez expressed thanks to the University for choosing her as a recipient of the Horizon Scholarship.

“When I found out I had been selected, it was a surreal moment. I was very happy,” she says. “My experiences at Brock have generally been very positive, but to have the University show its support for under-represented student groups like this helps me know I made the right choice in coming here.”