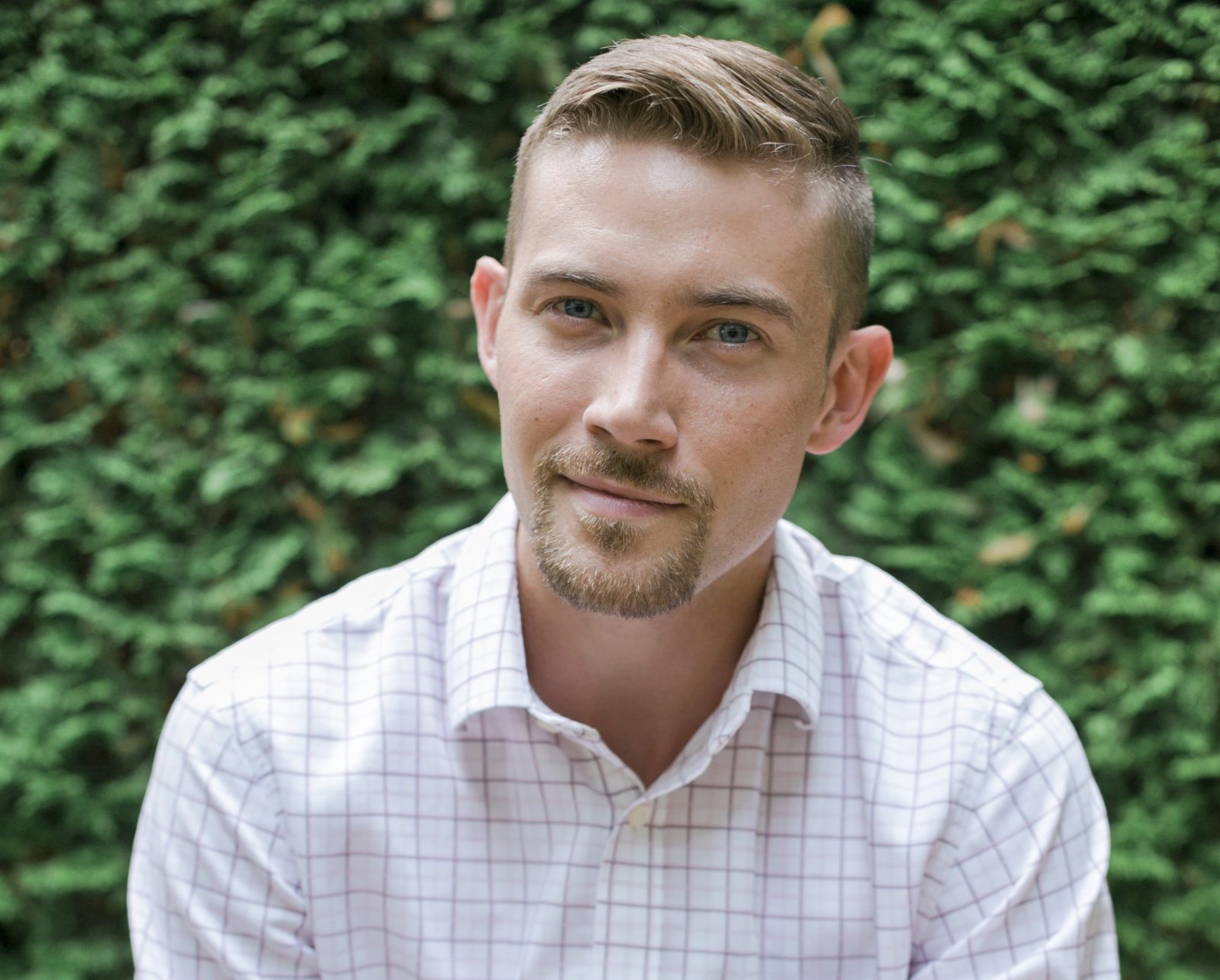 Brock University Assistant Professor of Kinesiology Sean Locke is evaluating the effectiveness of the Self-Love Journal produced by Switch Research, a Kelowna-based company offering a range of mental health tools and resources.

When someone experiences failure or other life challenges, it’s not uncommon for their friends to step in and offer comfort.

But when the tables are turned and the struggles are your own, many people do not show themselves that same compassion.

Brock University Assistant Professor of Kinesiology Sean Locke is researching the art of self-compassion, which he says is “simply treating yourself as you’d treat your friend” when faced with difficulties, failures, unmet expectations and other challenges.

People typically empathize with their friends’ struggles, “suffering with them” as they offer encouragement, kindness and assurances that they are not alone, Locke says.

However, nurturing ourselves in the same way is often difficult or impossible for many people, he says.

To that end, last year, while he was a post-doctoral fellow at the University of British Columbia, Locke partnered with Switch Research, a Kelowna-based company offering a range of mental health tools and resources. Locke provided research and advice for the company’s Self-Love Journal that contains tools and strategies “to reframe your insecurities and start living a more compassionate, self-positive life,” says the company’s website.

The 90-day program included in the book covers topics such as self-kindness, common humanity, mindfulness, self-acceptance, patience and gratitude.

Just prior to Locke joining Brock in January of this year, the company asked him to conduct research on the effectiveness of the Self-Love Journal.

With a grant from the funding agency Mitacs, Locke recruited 66 men and women of various ages from advertisements on online platforms such as Kijiji, Facebook Marketplace and Instagram.

“It’s a sample of adults who reported lower levels of self-compassion,” Locke says.

Half of the participants were given a copy of the Self-Love Journal and were asked to use the 90-day program included within. The other half were randomized to a waitlist control group to receive their journal in 90 days.

“After the 90 days, we want to see if people will end up being more self-compassionate and kinder to themselves as a result of using the journal,” he says.

Locke and his team are in the final stages of collecting the data. He is expecting to provide the company with an evaluation report over the summer and plans to publish a paper in a peer-reviewed journal later this year.

He is excited about the possibility of the Self-Love Journal being an effective, low-cost resource that will help people to learn the knowledge and skills to create a self-compassionate lifestyle.

Locke believes self-compassion is a key psychological resource for people aiming to make healthy changes in their lives.

“When you show yourself kindness, stay in the present and don’t get lost in what you should have done and could have done, and realize that everyone makes mistakes, you keep motivated when you’re not completely successful or when you fail to meet your personal expectations,” he says.

Although the issue of why people are so hard on themselves is a question that’s been “plaguing psychologists for the past 50 years,” there are some factors that could account for a lack of self-compassion, Locke says.

Those who are high achievers may equate self-compassion with weakness. “If I’m kind to myself, I’m letting myself off the hook when I do something wrong; being hard on myself is the only way I can succeed,” he says of that mentality.

But research shows that those who are self-compassionate following a failure have better coping skills, are more resilient and can more quickly deal with setbacks, Locke says.

Those who are perfectionistic may set their goals unachievably high and not recognize their successes. For instance, if you set the goal to exercise five times a week but view exercising three times as failure, “we fail to see that three times is more than we would have exercised before and that’s a success,” he says.

Also, some may buy into the myth that self-compassion is selfish, not realizing that caring for oneself is intrinsically valuable and makes us better caregivers for others, Locke says.