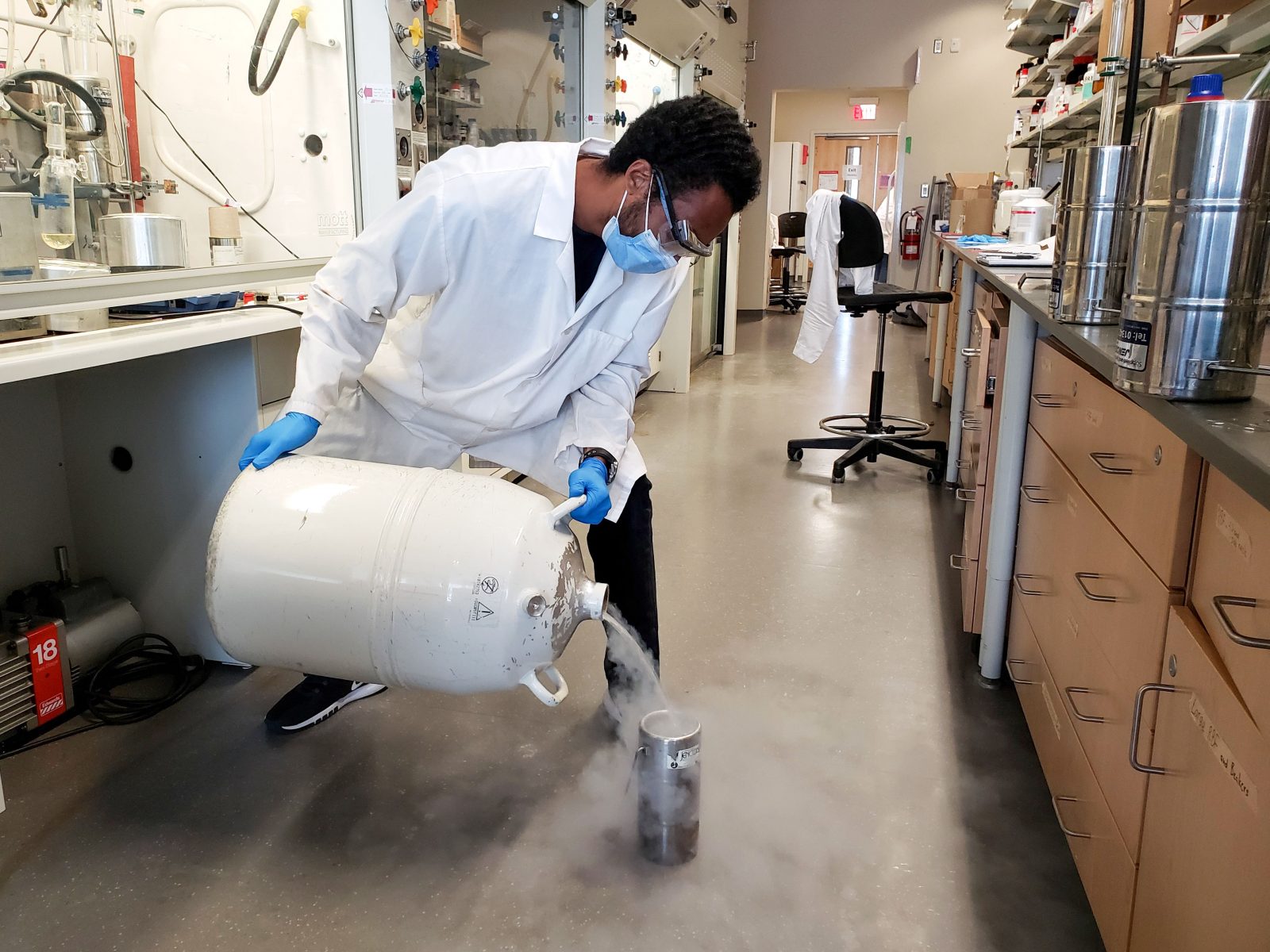 Josh Clarke, one of 20 inaugural recipients of the Horizon Graduate Student Scholarship, pours liquid nitrogen, frequently used in his lab to ‘trap’ volatiles via condensation and protect vacuum pumps that would be damaged by chemical vapours.

Science has always been a big part of Josh Clarke’s life.

For as long as he can remember, he has been fascinated by the way things work, spending much of his childhood voraciously consuming scientific media on a wide range of topics.

It was in his high school chemistry class in Brampton, Ont., that Clarke (BSc ’18) learned how molecules react when combined, and how they can interact to form something completely new.

It reminded him of Lego.

“I loved Lego as a kid,” Clarke says. “I loved how creative it allowed you to be. Starting with tiny blocks, you could make anything you want, and after seeing the similarities in Chemistry, my interest was instantly amplified. Chemistry allows for me to be creative and scientific at the same time.”

His passion for chemistry brought him to Brock in 2013 to begin a bachelor’s degree, with Clarke working his way up to the PhD program in the same field.

Clarke’s dedication and drive to succeed recently saw him recognized as one of 20 inaugural recipients of the Brock Horizon Graduate Student Scholarship. The scholarship fund will provide $1 million over the next 10 years to high-achieving graduate students from Black, Indigenous, People of Colour (BIPOC) and other under-represented groups. Twenty students will be chosen each year to receive a one-time award of $5,000. 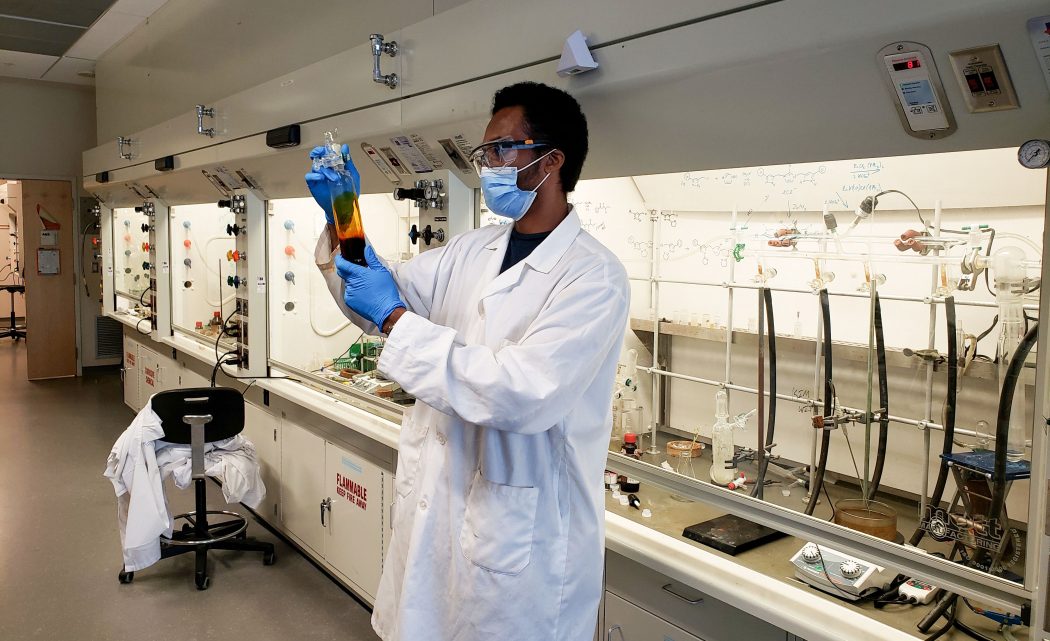 Clarke is now working under the supervision of Chemistry Professor Georgii Nikonov, who encouraged him to pursue chemistry at the graduate level during his undergraduate studies.

“Dr. Nikonov brought me into his lab and opened my eyes to the world of research,” Clarke says. “The more time I spent there, the more curious I became.”

Clarke is studying organometallic chemistry, through which he develops new catalytic systems. He describes catalysis as a means by which chemists can optimize important reactions or make challenging reactions happen spontaneously.

“Catalysts can help facilitate reactions that wouldn’t be possible otherwise,” he explains. “Our work can also improve the efficiencies of known reactions. For example, agrochemicals like fertilizers can be made in a more environmentally friendly and cost-effective manner.”

Nikonov says he is honoured and privileged to have Clarke in his lab.

“Josh is an intelligent, diligent and very hard-working student. He goes an extra mile to help other people around him and always stands up for the common good,” he says. “He is truly deserving of this recognition through the Horizon Scholarship.”

While Clarke’s love of science has always been apparent, the road to becoming a scientist wasn’t quite as clear. The son of Jamaican immigrants, Clarke often felt out of place because he was Black and loved science.

“Unfortunately, my race and enrolment in STEM have, at times, been at odds with one another,” Clarke says. “The lack of prominent Black scientific role models, professors and educators has made me feel out of place culturally at times.”

He goes on to explain that Black friends have even jokingly called him ‘white.’

“I found it deeply troubling that members of my community viewed being career-oriented, having a passion for education and engagement in extracurriculars as ‘non-Black’ traits,” he says. “It compels me to show those around me that these values are not racialized.”

Now, Clarke wants to be a role model for young minority scientists.

“I hope I can be for them, what I never had for myself,” Clarke says. “I encourage anyone having similar struggles that they must be authentically themselves. In the past, I’ve found myself floating between groups — either trying to act more ‘white’ to be like my academic colleagues, or more Black to fit in with my community. Don’t make my mistakes. Be true to yourself and spend time with the people that accept you for who you are.”

Clarke says winning the Horizon Scholarship was an amazing feeling.

“I was unsure whether I should apply and whether my story would be a fit,” he says. “It’s not easy to share something so personal. Being chosen as a recipient brings a huge feeling of validation. My story has been heard. I hope my story encourages others to speak up and share their truth.”