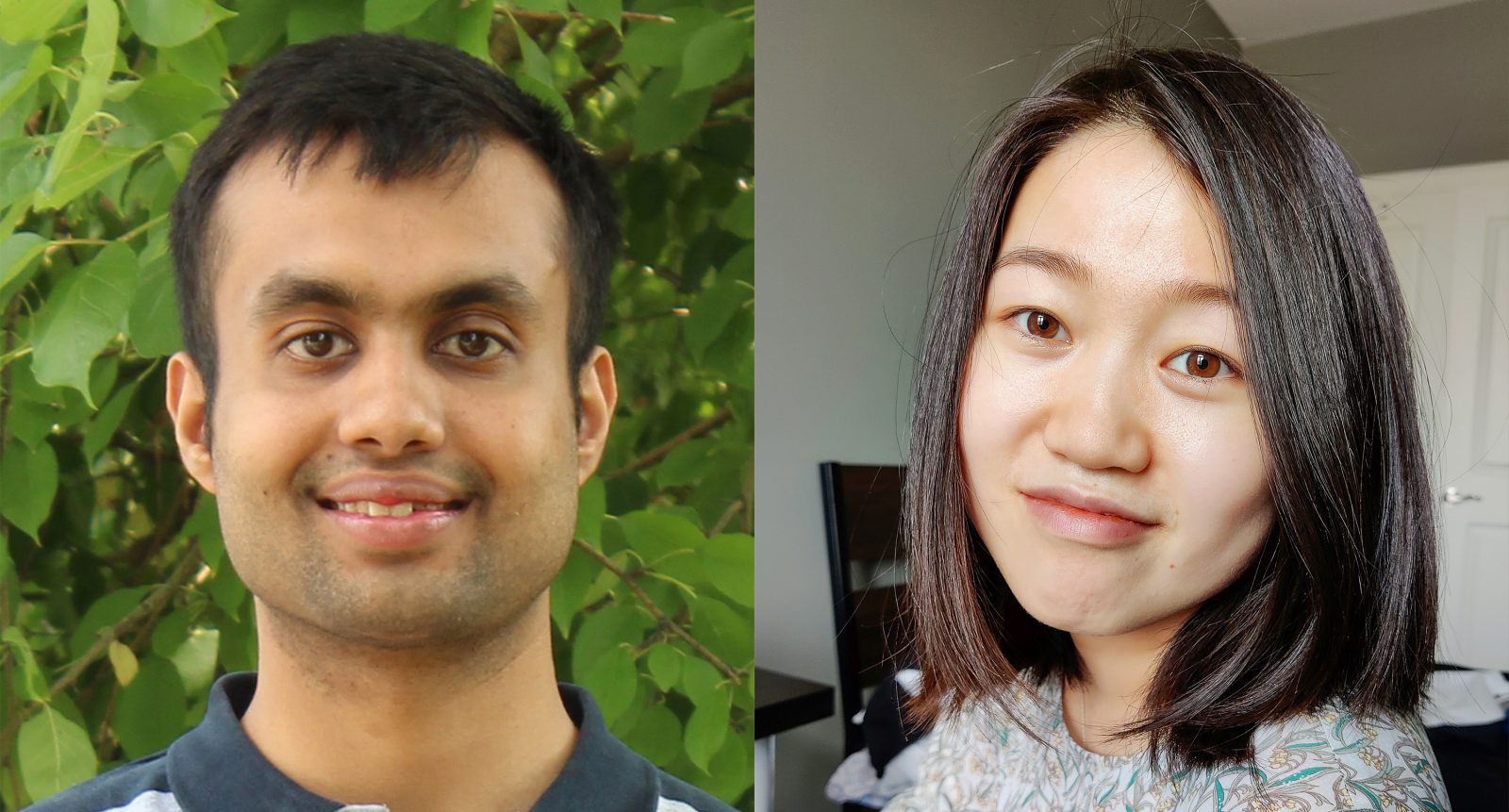 Master of Sustainability graduand Pulkit Garg and Master of Business Administration graduand Mingyu Liang have both found full-time employment prior to Spring Convocation thanks to their co-op work terms.

For co-op students Pulkit Garg and Mingyu Liang, the journey to Convocation has been more than a figure of speech.

Garg, a native of Allahabad, India, and Liang of Zhangzhou, China, have each travelled halfway around the world to complete their master’s studies at Brock, and both have secured full-time roles prior to Convocation on Friday, June 18 thanks to a key factor — the University’s co-op programs.

To achieve this feat, each student needed to enhance their skill set by partnering with Brock’s Co-op Education team and stepping out of their comfort zones.

Having completed most of the in-class portion of his studies by last summer, Garg faced an unexpected setback when the COVID-19 pandemic significantly scaled back the hiring pool for his Master of Sustainability co-op work term. However, thanks to a flexible program that allowed him to swap the order of his co-op and research terms, and nearly 200 applications to businesses across Ontario, he landed his dream work term as a project manager at RBC.

The soon-to-be Master of Sustainability graduate said the connection between his studies and the world of finance was more direct than some might think.

“Most of the skills you need are the same,” he said. “During my master’s, I developed research skills, critical thinking and attention to detail. All of these have proven to be invaluable in the banking project management space where I now work. Just like in my studies, you need to be well-versed when you are in meetings where millions of dollars are at stake.”

Along with ultimately securing a job with the firm as a business systems analyst straight after his work term wrapped up, Garg said the unexpected hurdles helped in his overall work philosophy as well.

As she became acclimated to life in Canada and prepared for her co-op work term, the support of Brock’s co-op education team was invaluable, Liang said.

“We had classes to help us prepare our resumé and cover letter and then we practised lots of interviews with our supervisors,” she said. “They gave me lots of encouragement and emotional support, which was vital when I secured a co-op position working as an assistant co-ordinator for the Canada Summer Games.”

Like Garg, Liang has drawn on the transferable skills she learned in co-op to connect her Master of Business Administration studies to her new role, which saw her become a full-time budget analysis co-ordinator with the Games when her work term ended.

“Everything about working for the Games and a not-for-profit organization is new, but my supervisor is really nice and has helped me to transfer and improve my communication skills as I work with our Canada Games team.”

Julia Zhu, Brock’s Associate Director of Co-op Education, said both students went above and beyond to achieve their success.

“Pulkit and Mingyu are amazing examples of the rewarding careers that can come with hard work and a willingness to step outside of your comfort zone,” she said. “They have worked tirelessly with our co-op team to refine their skills and then put in all of the extra effort that comes with launching a career in a new country.”

Though her duties with the Canada Games are still relatively new, Liang is thankful she will be completing them in a familiar environment when a return to the office is allowed.

“My office will be located in Canada Games Park at Brock, so I will be back on campus for a while, which is nice, because I spend nearly half of my master’s studies working at home away from the University due to the pandemic.”

While Garg has no immediate return to campus planned, he will reflect on the in-person interactions and recreational activities he cherished during his studies while virtually celebrating Convocation with family, including his parents who were unable to visit from India.

“It’s a significant milestone and I plan to celebrate even if I can’t be there to cross the stage,” he said. “I’m going to order some food and watch the Virtual Convocation with my parents and then probably have a family Zoom call. We have a big family and there will likely be 15 or 20 people celebrating.”

While the celebrations online with her family will be smaller, Liang is still happy co-op has helped her to reach her goal.

“Finally, I have a degree in Canada,” she said. “It’s one step further in my education. I always thought I would get a master’s degree, but it seems like I achieved it a few years early and that’s worth celebrating.”

Both students will officially graduate along with the rest of Brock’s Spring Class of 2021 when the Virtual Convocation ceremony goes live on Friday, June 18.