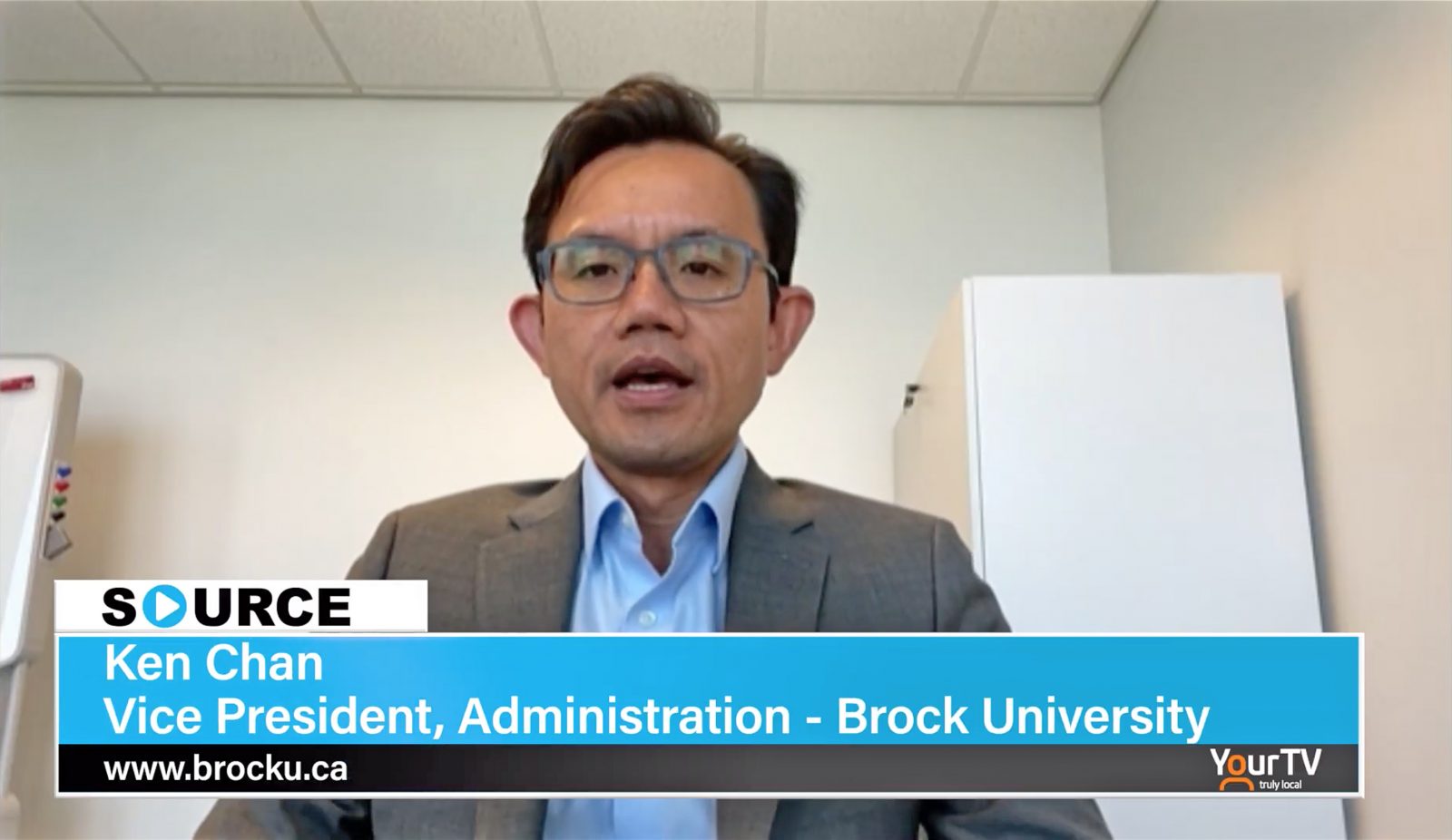 Brock’s new Vice-President, Administration Ken Chan spoke to YourTV Niagara about his first week at the University and his plans for the upcoming school year.

Brock expecting large incoming class this fall: The announcement that Brock University is expecting more than 4,000 new students this fall was discussed in an article from Newstalk 610 CKTB. Brock’s Provost and Vice-President, Academic Lynn Wells also spoke about enrolment growth in an interview with CKTB’s Matt Holmes.

Talks continue to end week-old strike at Vale in Sudbury: Professor of Labour Studies Larry Savage was quoted in a CBC article about a strike by steel workers in Sudbury who voted down a proposed contract that would have seen new workers stripped of health benefits upon their retirement.

A conversation with Ken Chan: Brock’s new Vice-President, Administration Ken Chan spoke to YourTV Niagara about his first week at the University and his plans for the upcoming school year.

Welland library taking people on an adventure from Mars to small northern Anishinaabe community: Associate Professor of Earth Sciences Mariek Schmidt’s presentation at the Welland Library about her work on multiple Mars rover missions was discussed in a St. Catharines Standard article.