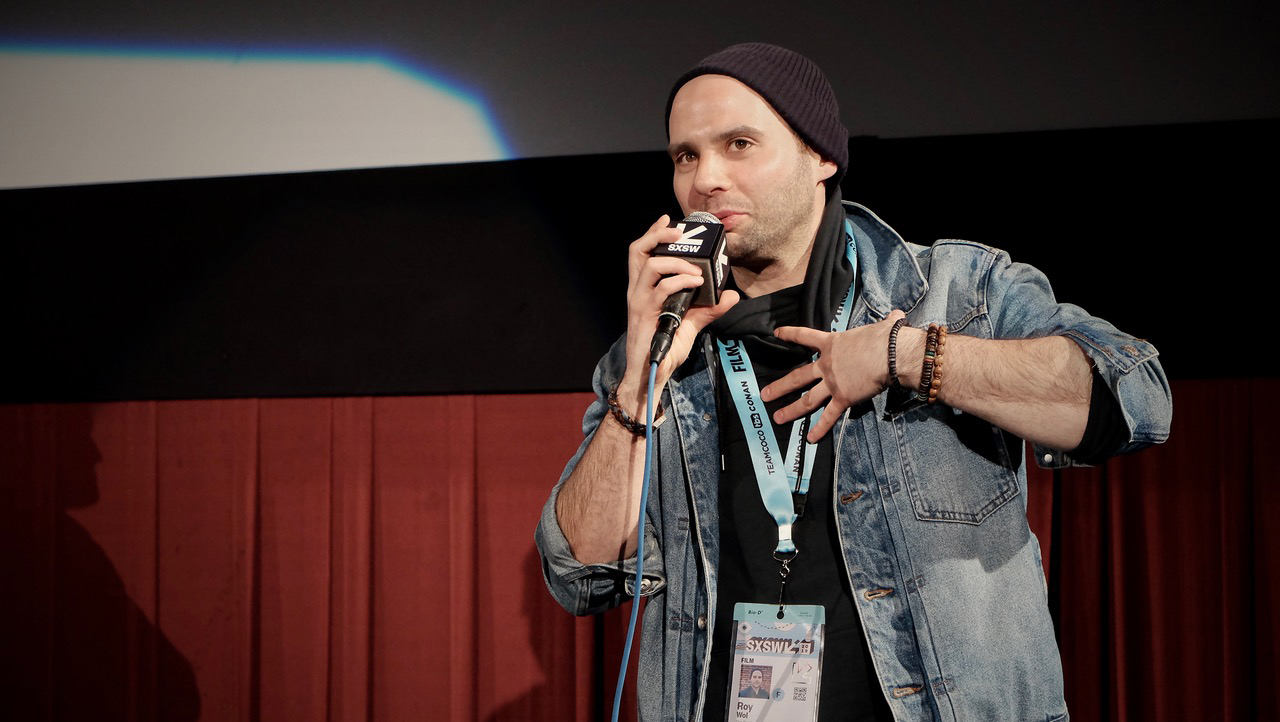 Roy Wol (BA ’06), former student in the Departments of Communication, Popular Culture and Film and Dramatic Arts, at the South by Southwest premiere of The Garden Left Behind, a film he recently brought to a Brock audience.

And earlier this spring, he brought that meaningful discussion virtually to the Brock community.

In March, Brock’s Pride Week kicked off with a special screening of Wol’s film, The Garden Left Behind. The 2019 release won the Audience Choice Award when it premiered at South by Southwest (SXSW) and has gone on to screen at more than 70 festivals and 50 community events.

The Brock screening was followed by a panel discussion, which can be viewed online here, featuring Wol, the film’s producer, alongside actresses Carlie Guevara and Ivana Black.

The event was sponsored by Gender and Sexual Violence Support and Education, Human Rights and Equity (HRE), the Marilyn I. Walker School of Fine and Performing Arts and the Faculty of Social Sciences.

The Garden Left Behind tells the story of Tina (played by Guevara), a Mexican trans woman, and her grandmother, both living as undocumented immigrants in New York City (NYC).

Wol, a former double-major in Film Studies and Dramatic Arts (DART), describes bringing the film and industry panel to Brock as “the greatest feeling ever.”

He was encouraged by the interest in the film he experienced right from his initial meeting with event organizers. 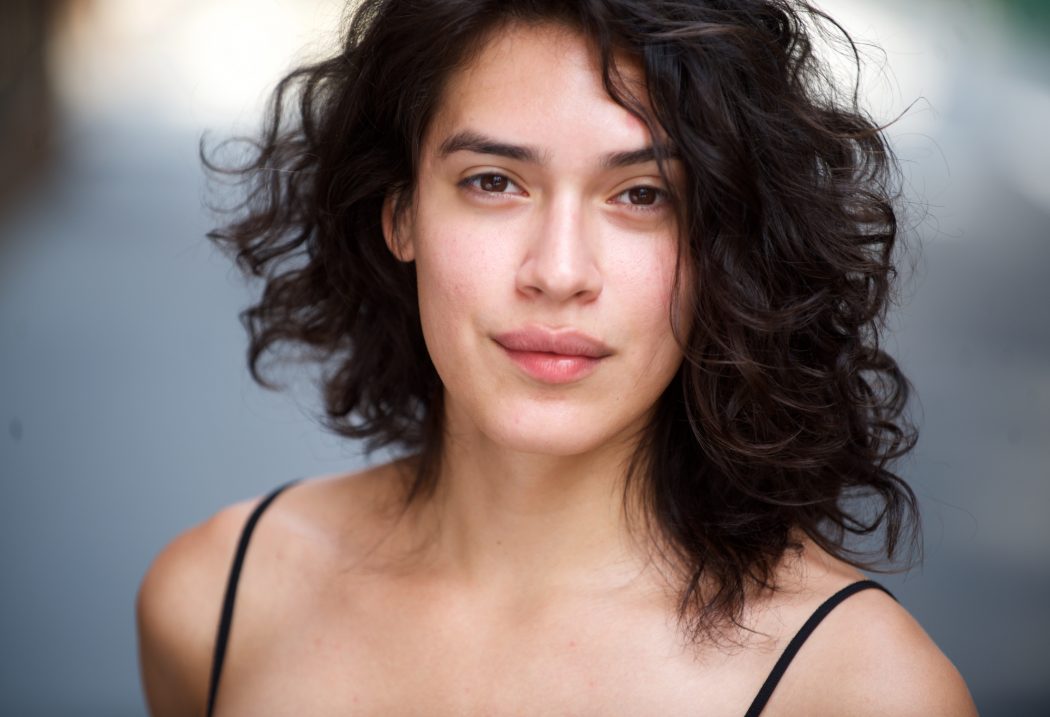 Carlie Guevara, who stars in The Garden Left Behind, recently participated in a virtual Brock discussion panel.

“I was expecting only to meet with a single person, but I found myself meeting seven people from different departments asking about the film and chatting about possibilities,” Wol says. “Personally, I felt so welcomed but more importantly, I felt that Brock saw the mission of the film. The impact was aligned — I feel and see the hunger for these types of projects at Brock and I was so honoured to share our work with the Brock audience.”

“I’m thankful I was able to enjoy a Friday evening with Brock,” she says. “University communities are super interesting for me, because the audience is within my peer group and I’m exposed to new ideas and experiences whilst sharing my stories.”

Guevara felt “immediately akin” to Tina’s character after first reading the script, noting there is much to unpack about her story and the themes it touches on.

“I was drawn by the story and the badass transness of it all,” she says. “I felt happy to read a script and be a part of a film that gave depth, light and breadth to a trans-POC(Person of Colour)-immigrant-NYC narrative.”

Supporting actress Ivana Black says spending time with the Brock community was “freeing.” She emphasizes that the film requires its audience members to consider their own responsibility.

“I am hopeful the conversation will open minds and help people see the history of trans identities as a positive and important part of the Two-Spirit, lesbian, gay, bisexual, transgender, queer, questioning, intersex and asexual (2SLGBTQQIA+) history,” says Black. “I think the film has reinforced the plight that trans women have and still face, and it questions how far the community has moved when one part of the community is still suffering.”

Mackenzie Rockbrune, one of the event organizers from HRE and a co-host of the panel discussion, says the team wanted to “create an event to bring awareness to the trans community and the intersectional issues they face every day.”

Showing a film made by a Brock grad, she adds, made it all the more special.

“The event had a wide range of attendees from the 2SLGBTQ+ community and Roy Wol’s former departments,” says Rockbrune. “The film allowed for an entry point for students to join the conversation about intersectionality and transgender rights, and inspired students by highlighting an alumnus who used his degree to cultivate activism.”

Hamed Karaghi, also an organizing committee member and panel co-host, says the intersectionality of the film made it an ideal way to kick off Brock Pride Week.

“Our audience was informed of the many sacrifices the trans community have made so that queer people can experience liberty and freedom here in North America,” says Karaghi. “The movie was especially valuable for Applied Health Sciences students at Brock, since we got an overview of the challenges that trans people experience while navigating the health-care system to get their gender confirmation surgery.”

According to Wol, community screenings like the one at Brock have laid bare a great need for conversation and sharing.

“At some point, we had seven simultaneous community screenings with our team spread around the globe as representatives creating opportunity for discussions,” he says. “The film became larger than itself, a catalyst to share our wounds with each other — it provided a platform to bridge communities.” 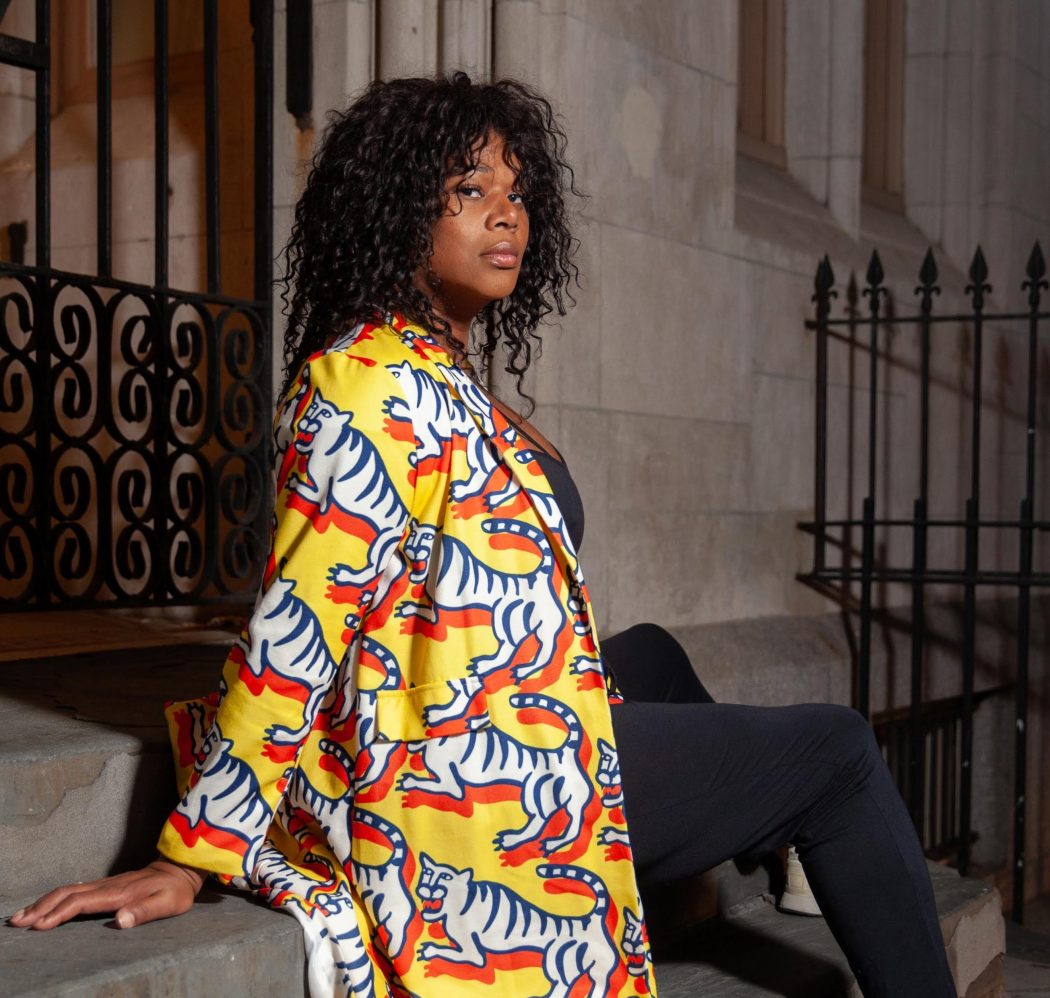 Ivana Black, a supporting actress in The Garden Left Behind, recently participated in a virtual Brock discussion panel.

Wol says he makes film because he wants to learn about life. With The Garden Left Behind, he learned not only from the film’s main character, but also from the community building that went into both the making and the marketing of the film.

He notes that some 48 people from the trans community worked on the film, and more from the broader 2SLGBTQQIA+ rounded out the cast and crew. For many, it was their first job in film — but not their last.

“More than a handful have since landed jobs at HBO, New York Film Festival Lincoln Center’s Artist Academy, POSE creator Ryan Murphy’s Half Initiative directing fellowship, and jobs in commercials and plays,” says Wol. “I am proud to say we were at the forefront of the trans representation movement in cinema, giving maximum visibility to the community behind and in front of the camera as actors, producers and crew staff.”

Wol, who came to Brock as an international student and a third-culture kid (an individual raised in a culture other than their parents’), says his experiences at Brock gave him the courage to become his best self.

“In the DART department, I was encouraged to be playful, to experiment with my art, and in Film Studies, the course options were fundamentally very inspiring and helped me narrow down what I wanted to pursue,” he says. “Communication, Popular Culture and Film courses and instructors made me question everything beyond film — my existence and how narratives impact our lives.”

Wol says he spent a long time finding his own voice and navigating the challenges of being a “serial immigrant” unable to access government funding through bodies like Telefilm or to work on union productions, which were limited to permanent residents of Canada.

“This pushed me to be completely independent and create my projects outside of the insular industry, which was a blessing in disguise,” he says. “Within the film industry there are many pockets of sub-industries, and I got in and out of most of them, which gave me a good understanding of the overall picture and grew my network.”

Wol believes that “storytellers can create bridging opportunities instead of parallel universes,” and builds his art around this belief.

“We are as good as our community is,” he Wol. “It is more important than ever to do our best to tolerate and create a dialogue with people from experiences that might be conflicting with our core beliefs.”