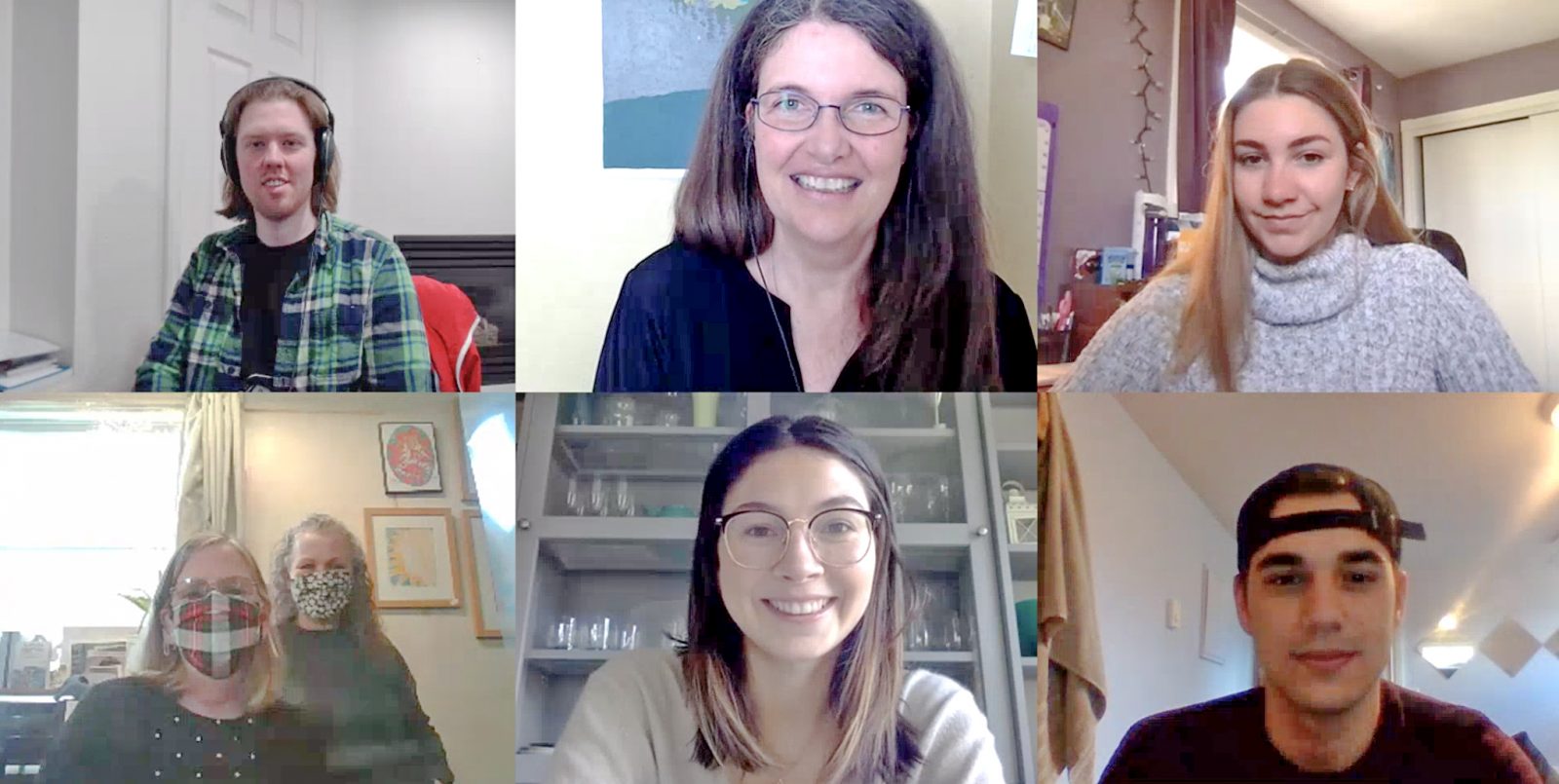 More than a decade ago, Claire Terrio’s grandmother used to bring her on outings to Hannelore Headley Old & Fine Books.

This year, in a group with three other students in the Department of Communication, Popular Culture and Film, Terrio put her skills and knowledge to work for the St. Catharines store as part of a service-learning project in COMM 3P62, “Public Relations and Integrated Marketing Communication.”

Instructor Kate Cassidy says that while the course has always offered students a hands-on experience, she decided to refocus partnering with actual organizations due to COVID-19.

“The pandemic has been hard on small businesses and non-profits and has required them to pivot quickly and present themselves in new ways,” says Cassidy. “This course has always been designed to include work on a social media campaign, but this year I wanted to engage with real community partners and see if there was a way we could help.”

Along with the bookstore, students had the opportunity to work with Pocket Change, Outdoors Oriented, Hospice Niagara and Collingwood Kambucha. Each week, they learned about public relations theory in lecture and then devoted their seminars to working in groups on their campaigns, which they ultimately presented in a video and executive summary.

The top campaigns were then presented to the community partners.

Terrio, Anthony Fallucco, Cameron Tomaselli and Emily Wright were chosen as one of the teams to share their campaign with Hannelore Headley Old & Fine Books, which was founded in 1972 and has been owned by Laurie Richards since Hannelore Headley’s death in 2013.

Although they’ve never met in person, the group members collaborated virtually throughout the term during seminar, completing each incremental task without noticing they were finishing the project. They describe the process as having been “bamboozled” or “tricked” by Cassidy into getting their work done on time, though they admit it was a nice surprise.

They also learned that to meet the needs of the bookshop, they had to look beyond social media alone and focus on what makes the store unique, such as their eco-friendly products and great atmosphere.

“For me, looking at the bookstore online, I just stopped,” says Cameron Tomaselli. “The way it looked, the aesthetic, was really cool, very unique, and I appreciated that.”

Fallucco says the practical application of the project was sometimes daunting, because there was pressure tied to trying to give advice to small-business owners without the experience of having owned a small business. But he also says that connecting with local businesses has many benefits.

“I would encourage students to take a walk off campus and to check out these local businesses,” says Fallucco. “They have valuable services that they can provide you.”

The students also agree that having a personal connection with the business increased their commitment and interest in producing excellent work.

“This isn’t a big box store, so we really had to think about small business,” says Wright, whose parents are both small-business owners. “We’ve had a lot of marketing projects in the past where we use Nike or Adidas or other big companies and make social media campaigns for them, so it was neat to be able to do this for a small local business.”

Terrio says that several factors combined to make the group’s project stand out for everyone involved.

“The fact that we got along as a group and all of us really committed to not only building a relationship with the business but also with each other reflects in our work,” says Terrio. “It felt a lot more hands-on and I appreciated that because I was worried my fourth year wasn’t going to have as much of that real experience due to online learning. But this has given me that opportunity, and that’s been exciting.”

For their part, Richards and longtime bookstore employee Cathy Steel-Ewart say they were impressed with the quality of suggestions that were developed by the student team.

“We’re grateful that someone who loves us was involved with this project, because help like this is not easy to find,” Richards says. “The ideas are worth so much to us, especially coming from the younger generation.”

Steel-Ewart says she “loved the energy the students brought to our store.”

“They made me think about how a hashtag is not just a pound key — I really appreciated that this is actually a thing, and we do need to embrace it.”

Richards and Steel-Ewart are eager to implement some of the initiatives and were delighted to learn they would receive a kick-start to their plans thanks to a Teaching and Learning Innovation Grant awarded to Cassidy by Brock’s Experiential Education office, as part of Co-op, Career and Experiential Education.

“The students and I were thrilled to hear that we had received a grant of $250, which provides $50 dollars for each partner and can be put toward things like prizes or Google ads in order to bring the students’ ideas to life,” says Cassidy. “We hope that being able to present a package of campaign ideas and this small token shows how committed we are to being partners in our community.”