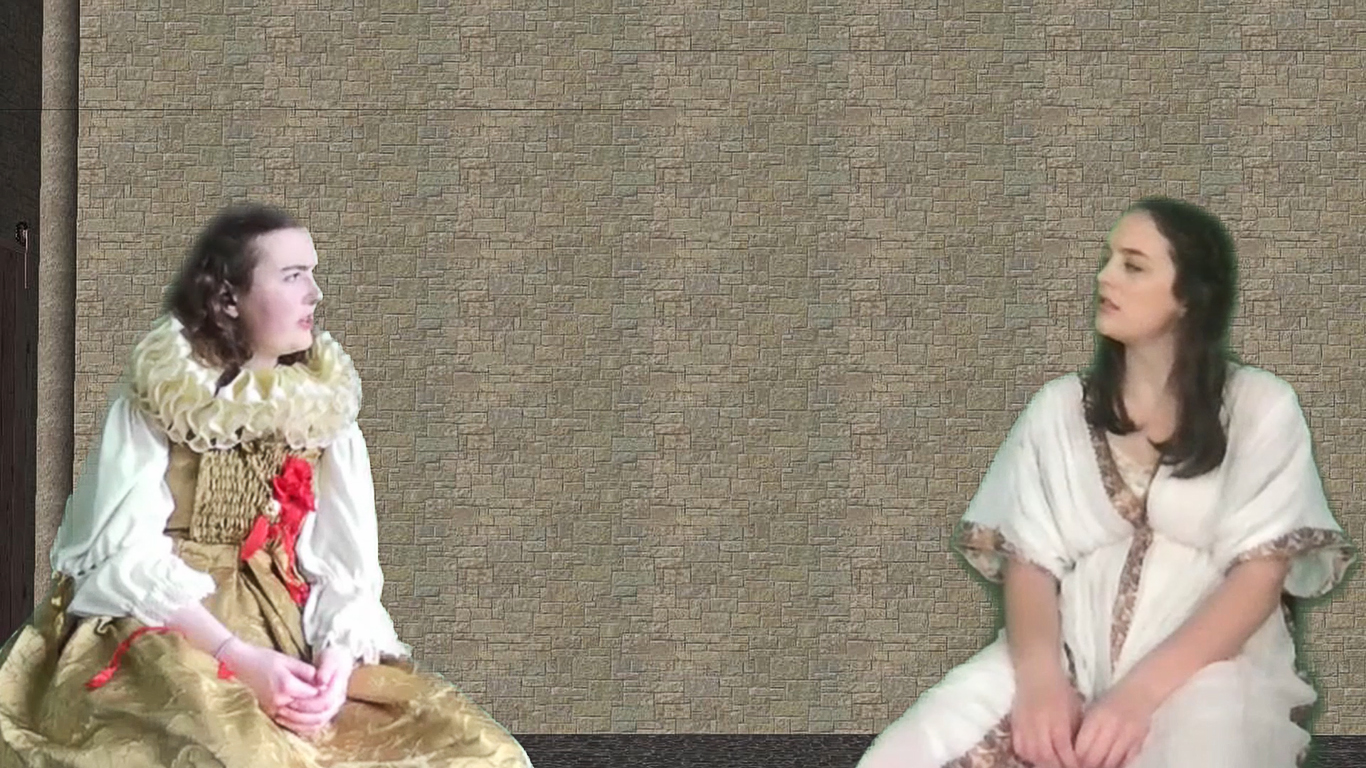 Student directors and performers will showcase their talents in two plays this weekend as part of the spring 2021 One Acts Festival: Myth and Marriage.

Presented by Brock’s Department of Dramatic Arts (DART) and open to the public, the online mini-festival will include nightly performances Thursday, April 22 to Saturday, April 24 at 7:30 p.m. on the Marilyn I. Walker School of Fine and Performing Arts (MIWSFPA) YouTube channel. The show is free to view, however, viewing spots must be reserved through Brock University Tickets.

The One Acts Festival is the final presentation for student directors enrolled in the third-year Directing II (DART3P54) course. The plays are produced and performed by DART students with the supervision of Gyllian Raby, Associate Professor of Dramatic Arts. They feature first- and second-year cast members from DART, making this a student-selected, student-centred collaboration.

The Barely Wives Club, starring Maiya Irwin, Tyra Hayward and Simon Bell, tells a harrowing tale of two famous fictional characters who are now trapped together in their own version of purgatory. Eurydice and Juliet are forced to watch their narratives unfold on multiple TV screens by their mysterious puppet master Hades, god of the Underworld. They contemplate the way their stories have been distorted to audiences, and the nature of freedom.

The M Word, starring Jada Dawson and Paolo Bozzo, is a comedy that follows a couple attempting to construct a marriage along business principles. The M Word tackles how the pursuit of control ultimately leads to powerlessness, as the compulsion to schedule their lives leads the couple to disconnect from one another — and reality itself. The laughter and heartbreak of their negotiation causes their walls to crumble so that viewers get a peek of who they truly are beneath the silent battles they face every day.

“I am incredibly excited to be directing this year,” Martin says of his role with The M Word. “I was fortunate enough to work with some incredibly talented people to create something we are all very proud of. I hope people enjoy watching it as much as we enjoyed making it.”