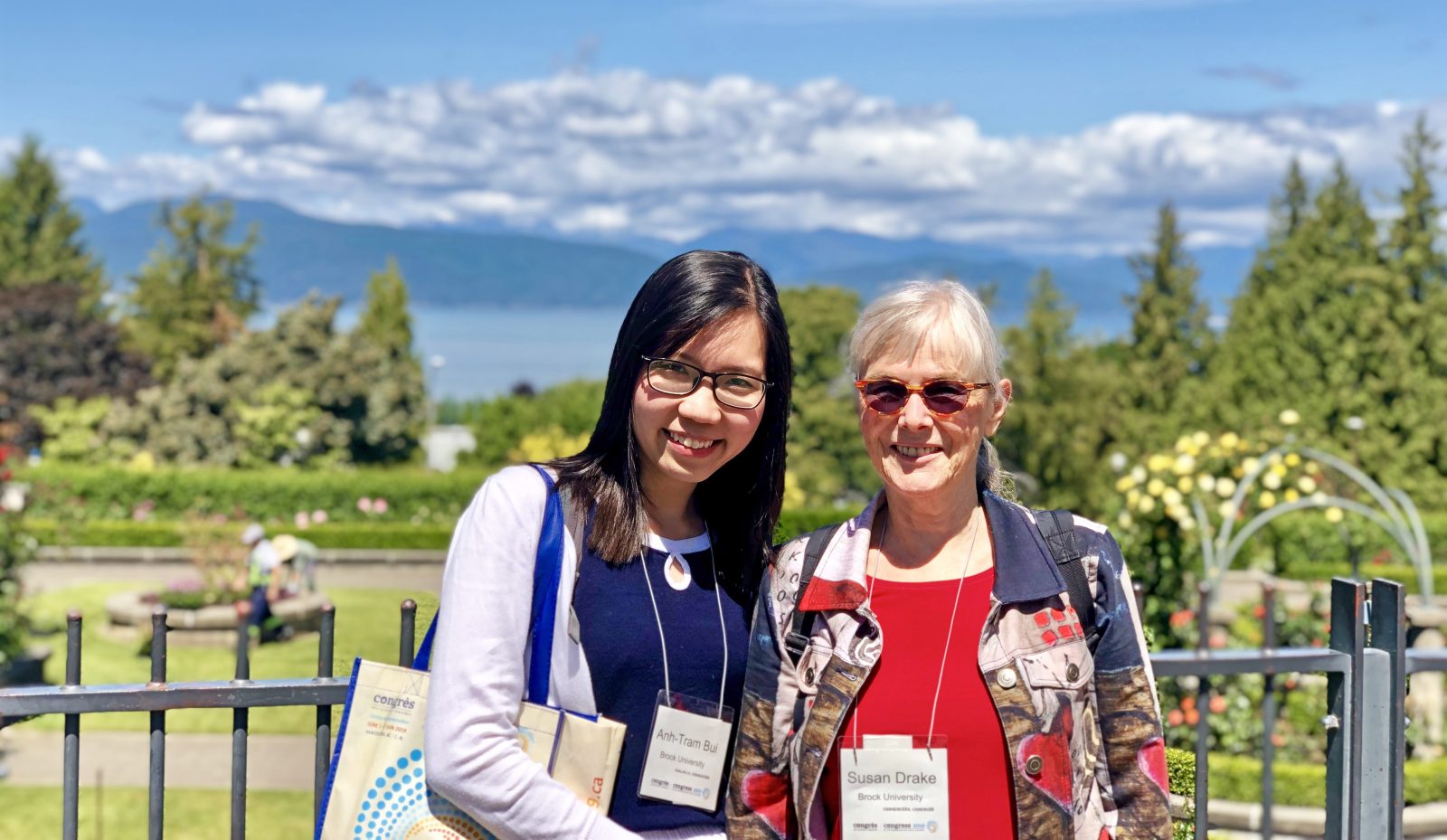 Brock PhD student Tram-Anh Bui and her supervisor, Education Professor Susan Drake, following their presentation at the Canadian Society for the Study of Education conference at the University of British Columbia in 2019. Bui was recently named one of 20 inaugural recipients of Brock’s Horizon Graduate Student Scholarship.

Moving halfway around the world wasn’t easy, but for Tram-Anh Bui, it was worth the challenges she endured along the way.

Born and raised in Vietnam, Bui, now a Brock University PhD student, moved to Canada to further her educational journey and pursue her passion for teaching and mentoring students.

She has since made her mark at the University and in the Niagara community, and was recently recognized as one of 20 inaugural winners of Brock’s Horizon Graduate Student Scholarship.

The scholarship fund will provide $1 million over the next 10 years to high-achieving graduate students from Black, Indigenous, People of Colour (BIPOC) and other under-represented groups. Twenty students from research-based programs will be chosen each year to receive a one-time award of $5,000.

Bui began her studies in Vietnam, earning her bachelor’s and master’s degrees before becoming a lecturer at Ho Chi Minh City University of Foreign Languages and Information Technology. It was in that role that she discovered her calling.

“I found my happiness in working alongside my beloved students and witnessing how they learned, grew and transformed,” Bui said.  “However, I learned that as a mentor and teacher I needed to sharpen my teaching skills and equip myself with in-depth knowledge of conducting research. My ability to do this in Vietnam was quite limited, so I knew I needed to travel internationally to further my studies at a doctoral level.” 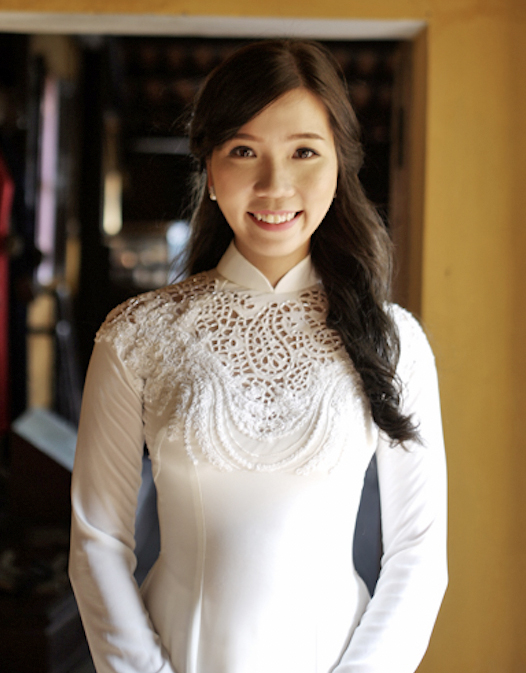 Tram-Anh Bui is one of 20 inaugural recipients of Brock’s Horizon Graduate Student Scholarship.

And she knew just where she wanted to go.

Years earlier, while in high school, Bui learned of Brock University at an educational fair and was taken aback by how friendly the recruiters were and how beautiful the campus looked.

The memory prompted further research, which deemed Brock a good fit, and Bui was soon after accepted into the PhD in Educational Studies program.

In summer of 2016, Bui and her husband, married for only two months, set out for Canada.

“I remember landing at the Toronto airport with all of our belongings packed into four suitcases,” Bui said. “It was such an exciting time. We were so eager to begin our life and our family here.”

But life in Canada did not come without obstacles.

With no Canadian experience, she initially found it challenging to find any type of academic employment, which took its toll on her finances. She instead took on low-paying work to help cover rent, groceries and books.

Her husband was also not able to find work in Ontario aligning with his educational and professional background. He instead took a job in Quebec, which has forced the couple to live apart.

Despite the difficulties she’s faced along the way, Bui has gone above and beyond to contribute to the international student community at Brock and make an impact locally.

As Vice-President of the Friends for College and University Students (FOCUS) club, she co-organizes weekly English conversation circles and social activities to engage international students in speaking English, learning about Canadian culture, developing their leadership skills and sharing their home cultures with other students.

She is also a mentor with Brock’s intercultural professional development program, through which she facilitates workshops to enhance students’ intercultural competence, and a volunteer with the Niagara Folk Arts Multicultural Centre, where she supports students and newcomers as they develop their English skills.

Now working as a teaching and research assistant in Brock’s Faculty of Education, Bui strives to integrate her Vietnamese ways of knowing and being into her academic work. Through her research, she hopes to change the narrative often associated with international students.

“International students are portrayed as passive learners with limited linguistic and academic skills,” she said.  “They tend to feel inferior and normally encounter misunderstanding with their professors, academic staff and domestic friends. In my work, I want to tell different stories. I want to highlight how they overcome cultural differences, nurture their growth mindset and flourish in a transnational space. They are active agents contributing to Canadian academic and economic development.”

“My appreciation goes to them for accepting me as their doctoral student, supporting me academically and emotionally, and more than that, carving the path for me to maintain my true self in my doctoral work,” she said.

Receiving the Horizon Scholarship has allowed Bui to maintain focus on her continued doctoral studies.

“The award has helped to lessen my financial burden and maintain my mental health and well-being,” she said. “I was beyond honoured to be selected for the Horizon Scholarship.”

The recognition, she said, has made her feel as though her academic achievements and volunteer work have been validated.

Receiving the award and sharing her lived experience, she hopes that other international students might see themselves in her stories and feel inspired and empowered to keep pushing on and pursuing their dreams in Canada.