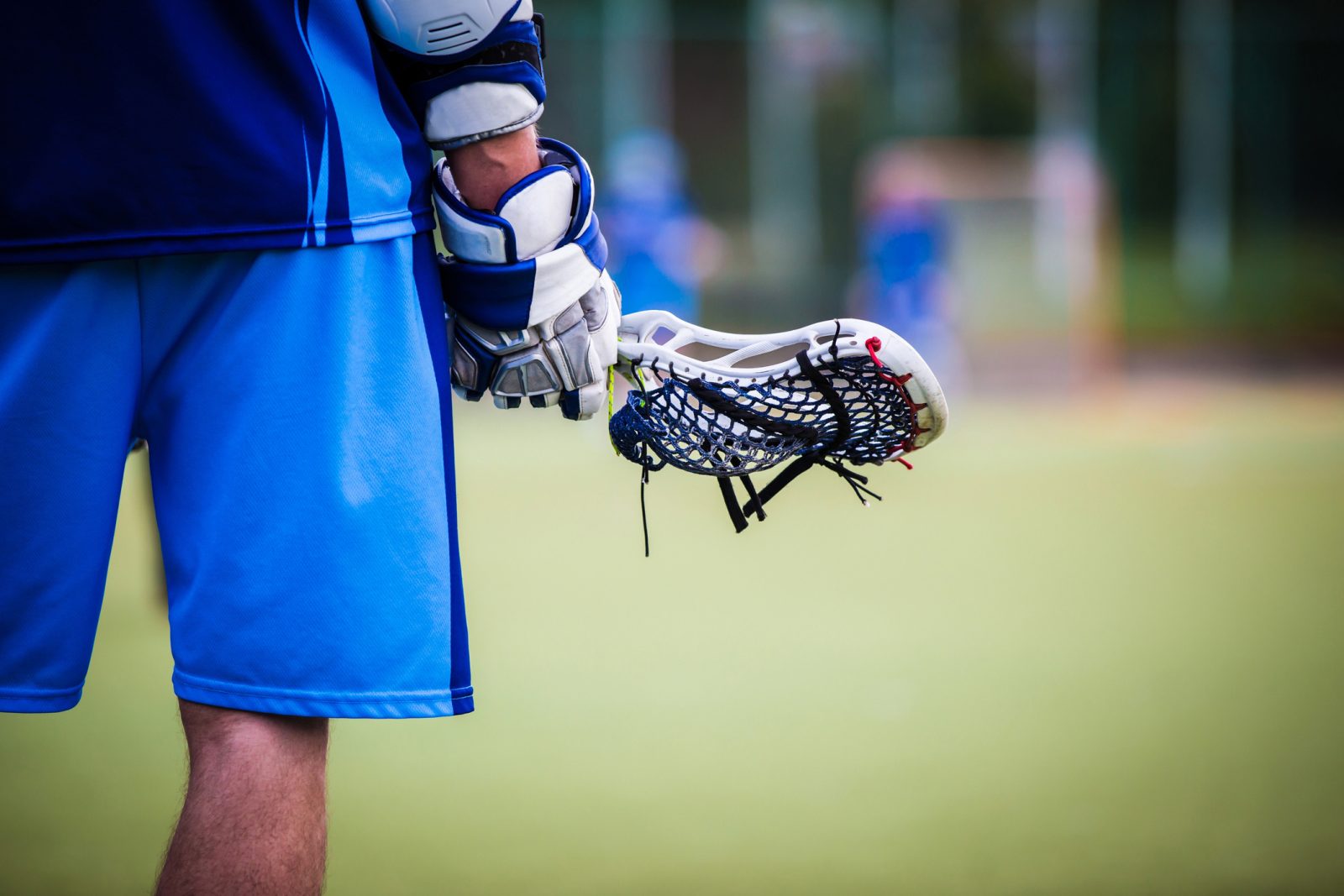 Associate Professor in Modern Languages, Literatures and Cultures Catherine Parayre is heading up a team to produce a creative book on the comeback of lacrosse, one of the sports to be played during the Canada Summer Games.

NOTE: This is the latest in a series of Q&A stories featuring Brock University faculty members who are integrating the Niagara 2022 Canada Summer Games into their research projects. For more information on Brock’s academic activities around the Games, visit brocku.ca/canada-games

Catherine Parayre is an Associate Professor in Brock’s Department of Modern Languages, Literatures and Cultures and at the Centre for Studies in Arts and Culture (STAC) at the Marilyn I. Walker School of Fine and Performing Arts (MIWSFPA), and co-editor of the Small Walker Press. Parayre and her team are working on a book project focusing on lacrosse.

Parayre is one of 11 Brock researchers and scholars who received funding under the 2019-2020 round of the VPR Canada Games Grant program. Here, she discusses her research project titled “Brock project Lacrosse (Small Walker Press).”

Please give a brief overview of your research project.

This book project celebrates a sports discipline on the comeback. “Box lacrosse will be making its proud return to the Summer Games in 2022 for the first time since 1985, with games slated to take place at the Canada Games Park. Known as Tewaarton and Baggataway by Indigenous communities, box lacrosse will be played on the traditional territory of the Anishinaabeg, Ojibway/Chippewa and Haudenosaunee peoples,” says the Niagara 2022 Canada Games website.

Our book’s photographer is Marjorie Kaniehtonkie Skidders of the Bear Clan of the Mohawk of Akwesasne. An award-winning photographer, she is currently editor of the Indian Time Newspaper located in the Akwesasne Mohawk Nation Territory in Quebec.

Opening the book will be a poem by Jason Stefanik, a Winnipeg-based Métis adoptee whose poetry has been nominated for the Governor’s General Award, the Gerald Lampert Memorial Award, the Manitoba Book of the Year Award, as well as others.

The Toronto Experimental Translation Collective (TETC) will contribute a creative text in English. TETC occupies a unique place at the crossroads of translation and creative writing. Combining the formats of study groups, roundtable discussions, workshops, residencies and performance, TETC aims to renegotiate relationships within and across languages and media.

Franco-Canadian author Paul Savoie will contribute a text in French. His narratives, short stories and poems include CRAC (2006, Trillium Award), Dérapages (2012, Champlain Award), and Bleu bémol (2012, Trillium Award); and in English The Meaning of Gardens (1987) and Home by the Sea (2019). He has worked for the Canada Council for the Arts, the Ontario Arts Council and the Canadian Television Fund.

What do you expect will be the outcome of your research?

The book will be published at the end of 2021 as a co-publication by the Small Walker Press and the Salon für Kunstbuch, Austria. As with previous SWP books, our authors/artists’ contributions will be presented through high-quality creative design, which highlights their complementarity and their polyphonic coherence. This art-book will be approximately 40 pages, with eight images and a sewn binding. An e-book will be published one year later and will be available from the Library’s Digital Repository.

How will this contribute to knowledge, or understanding of, the Canada Summer Games?

This project echoes the interest in lacrosse at the regional level, with the Ontario Lacrosse Hall of Fame located at the St. Catharines Museum and Welland Canals Centre. Finally, by including creative writing in French and in English, it recognizes that the Games are a bilingual event. With the presence of francophone minorities in Port Colborne and Welland, the Regional Municipality of Niagara is one of the 26 francophone designated areas in Ontario.

As editors of the Small Walker Press (SWP), Derek Knight (Visual Arts) and I are always eager to engage with new ideas, events and materials. The SWP specializes in creative writing and the arts; we agree it is important to look at the Canada Games from this perspective.

How do you plan on sharing your research?

Once the book is published by the end of 2021, we will contact local cultural institutions to organize book presentations and offer copies. We will also present the book during the annual SWP book launch, a free event open to the public at the MIWSFPA. In Canada, SWP books are distributed through Brock’s and local bookstores. The Salon für Kunstbuch distributes in Europe. One year following the print publication, we will also publish an e-book version accessible from the Library Digital Repository at Brock University. The book may also become a resource in the new STAC course “Sports in Arts and Culture.” And, of course, we would be delighted to offer this book to the lacrosse teams that will compete at the Canada Games.

Do you have any advice or tips on how colleagues in your Faculty can incorporate the Canada Games into their research?

The Centre for Studies in Arts and Culture used this opportunity to introduce a third-year course, Sports in Arts and Culture, proposing an interdisciplinary approach to the representation of sports and sport events in the arts, with an emphasis on Canadian production. As we explored topics for this course, we found fascinating resources in various creative expressions. The Canada Games has a nice impact on what we do in ways that include both teaching and research.