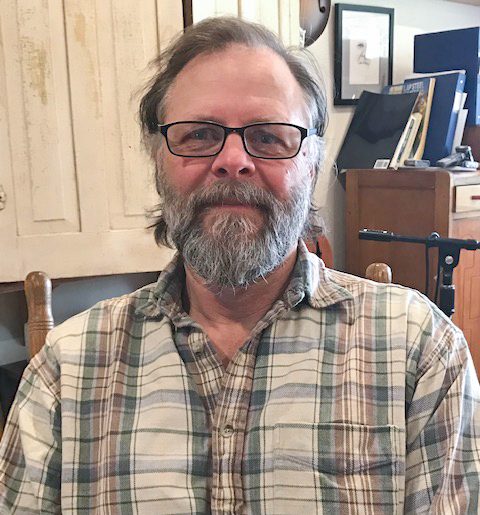 Brock University biologist Michael Bidochka and his research team have formed a partnership with the Toronto-based hemp company CanBud to explore whether a particular type of fungi act as a natural fertilizer for the hemp plant.

Can a particular type of fungi act as a natural fertilizer for the hemp plant?

Brock University biologist Michael Bidochka and his research team have formed a partnership with Toronto-based hemp company CanBud to find out.

“We just want to do a proof of concept right now to ask some basic questions about which fungi associate with the hemp plant and how these affect the plant,” says the Professor of Biological Sciences.

With his CanBud research, Bidochka is building on more than a decade of investigations into how fungi interact with plants.

In a groundbreaking study in 2012, the team found that a fungus called Metarhizium, which feasts upon more than 200 different kinds of soil-born insects, is able to transfer nitrogen from dead bugs into plants through the plant’s root system.

It was a breakthrough discovery. All living organisms need nitrogen, which is abundant in the atmosphere but is unable to be metabolized by plants when the nitrogen is in its gaseous form.

Most plants obtain nitrogen naturally through bacteria and microbial decomposition of plant and animal material in soils. However, if the soil is depleted, nitrogen is introduced into the soil through chemically laden fertilizers, which has many harmful effects on the environment.

“This discovery generates new knowledge that enables us to better understand the nitrogen cycle and soil ecosystems,” Bidochka said at the time.

The team took its research a step further with a subsequent study in 2017 that found plants transfer carbohydrates back into Metarhizium, supplying the fungus with much-needed energy, and making the fungus-plant relationship truly symbiotic and self-sustaining.

Metarhizium is a plant endophyte, which means it lives inside the plant without causing any harm to its host.

In his CanBud partnership, Bidochka’s team is casting the net beyond the endophytic Metarhizium.

“We’re screening about 12 different species of these endophytic fungi,” says Bidochka. “We’re investigating how well the different fungi colonize the plant root and how that affects plant health, root mass and plant growth.

“One of the goals in using these fungi is to try to reduce the amount of chemical components that you have to add to the soil,” he says.

Robert Tjandra, President and Chief Operating Officer of CanBud, says he was impressed with the Bidochka team’s fungi research and was excited by the possibility that the concept could be applied to hemp plants.

“It’s important to see if there are biological or organic solutions to certain problems, such as pests,” says Tjandra. “We’re trying to be more sustainable by using biological rather than chemical solutions, which will give us a competitive advantage.”

He says his dream is to produce game-changing products and services that are distinctly Canadian, aided by the country’s strong research and development sector and research at Brock.

“University-industry partnerships are a really good way to leverage each other’s strengths, especially for a start-up or a small company, because we don’t have all the resources that Brock has, so we can collaborate,” says Tjandra.

Brock was one of the first universities in the country to receive a cannabis-related research and development license from Health Canada near the end of 2019.

Bidochka’s laboratory is the first at Brock to be licensed to grow marijuana.