Women in Sport aims to inspire next generation 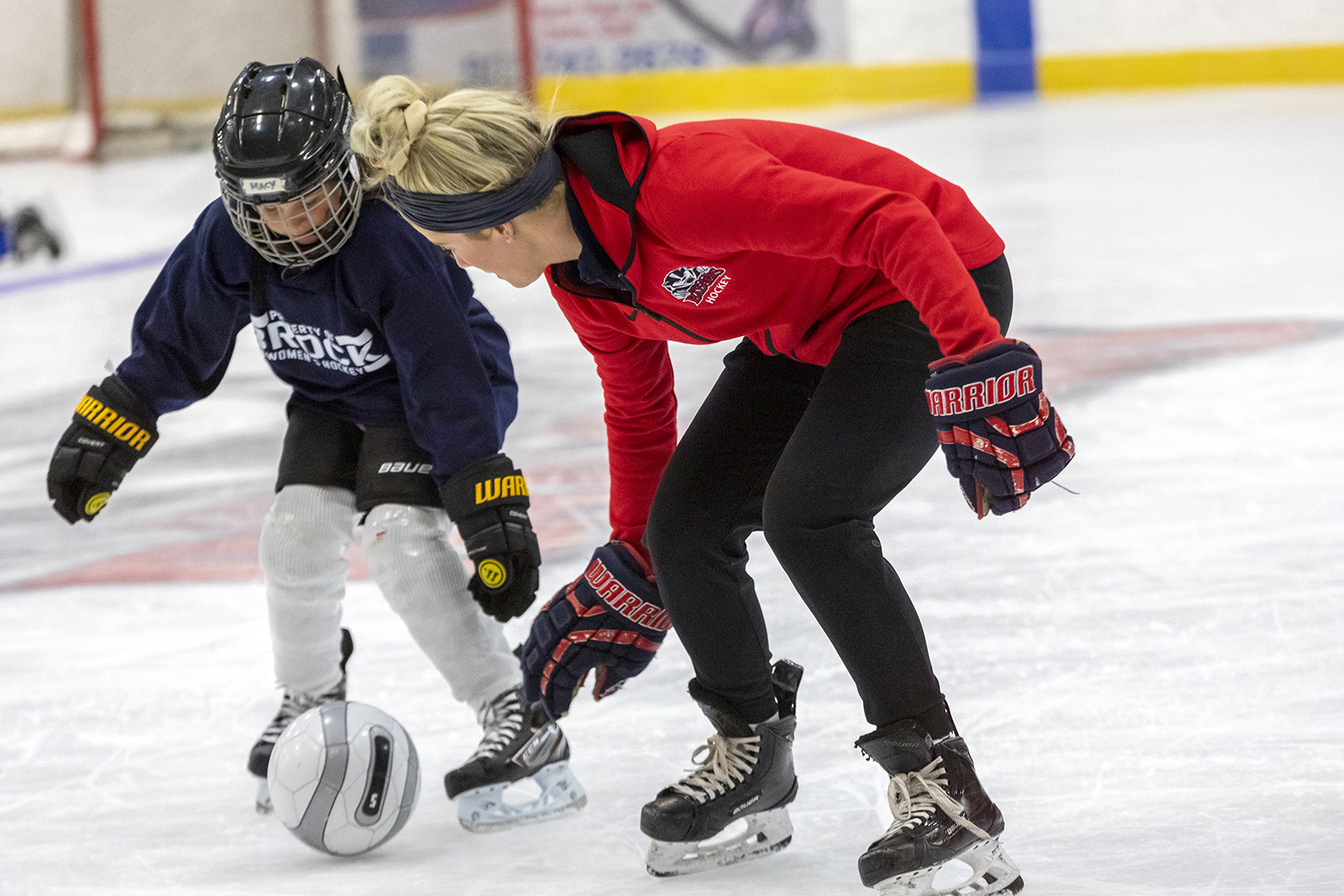 Paige Cohoon (right), a defenceman for the women’s hockey team, is an instructor with the Brock Girls Development Camp, where she helps young girls develop their hockey skills.

Despite having plenty to celebrate after a banner pre-pandemic season, Brock University’s female student-athletes marked International Women’s Day not by highlighting their own accolades, but by taking steps to inspire and uplift the next generation.

Monday, March 8 marked the global celebration of women’s achievements and the ongoing rally for equality. At Brock University, it meant another opportunity to speak of continued efforts to empower female student-athletes on campus.

Brock’s women’s teams were deemed a force to be reckoned with in the 2019-20 season. Badger fans filled Bob Davis Gymnasium to cheer on the women’s wrestling team for their ninth consecutive national championship; the women’s basketball team earned a cult following as they packed opposing gyms during their road playoff games on their way to the U SPORTS gold medal match; and the women’s volleyball team made school history with a provincial silver medal and a trip to nationals, tragically cut short by the COVID-19 pandemic. 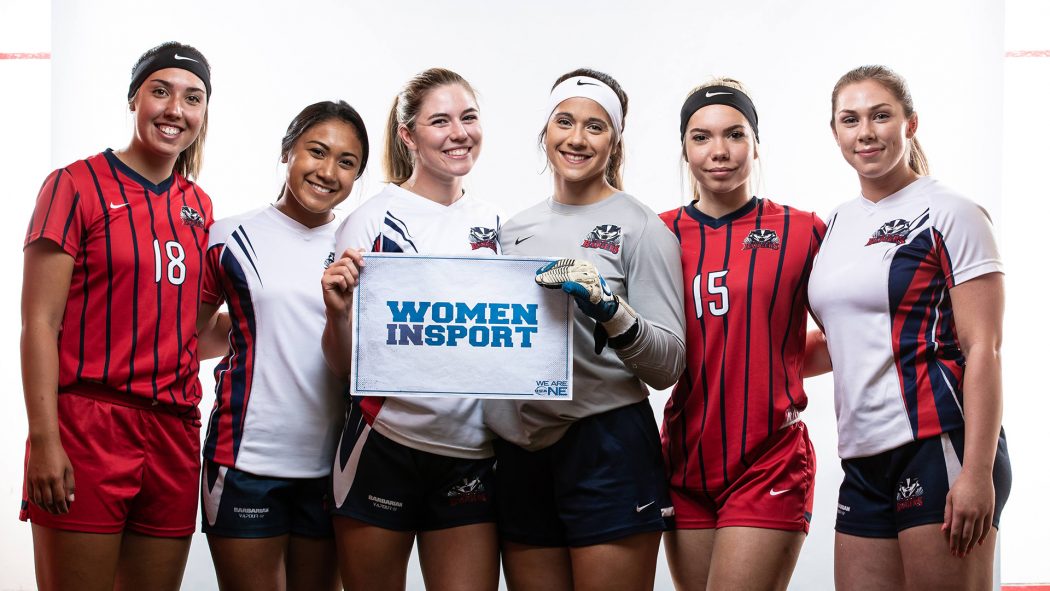 That momentum continued in the fall with the launch of a Brock Women in Sport group meant to foster a supportive space for student-athletes, coaches and staff to grow female leadership in sport.

“We as a group want to make a difference now so young girls can confidently know they have opportunities and can make their career dreams a reality,” said women’s hockey player Paige Cohoon, a fourth-year Teacher Education student and Women in Sport committee member. “We’re working towards a day when a young girl can aspire to be anything she wants to be without there being limitations because of her gender.”

“We created the Women in Sport group to provide additional support, leadership, development and inspiration for our female student-athletes, to help them recognize all the exceptional attributes they have and how to harness them to move forward effectively in the world,” said Emily Allan, Interim Director of Brock Sports.

The group has affirmed for Amber Briar that “you don’t have to act and look a certain way to excel in a sport that you love.”

“There were always more boys than girls in my fencing classes while growing up, but now society is moving towards equal participation,” said the second-year Kinesiology student, who is also a para-athlete on Brock’s fencing team and a Women in Sport committee member. “I’m overjoyed. Especially as a para-fencer, I feel so lucky to able to be a part of the movement in promoting para-sports and seeing powerful women excel in the environment.”

A dual-sport athlete in basketball and volleyball, Henderson had the distinguished honour of being named Brock University’s first Female Athlete of the Year in 1973.

Henderson said the athletic accolades she garnered while competing in women’s sports at Brock, including a one-year stint in rowing, played a pivotal role in the outcome of her career.

“That’s why I was able to get a teaching job and start coaching right out of university,” she said. “Being involved in athletics at Brock provided all these pathways for me to gain a reputation in the community. It’s always nice when we go over to Brock to show my grandkids my name on the wall.”

Henderson became a secondary school teacher and coach for 33 years with the District School Board of Niagara. She also served as an assistant coach of the women’s volleyball team at Dalhousie University in Nova Scotia for three seasons during a teacher exchange program.

Now a Niagara Falls retiree, Henderson is also the Indoor Sports Lead for wrestling, lacrosse and volleyball for the Niagara 2022 Canada Games.

She applauds the Badgers for launching the Women in Sport group.

“I think that’s an admirable endeavour to help motivate young women and get them to think outside the box,” she said. “If we had something like that in our time, it would have given female student-athletes something to aspire to.”

Henderson has watched the sports landscape evolve over the years and is enthusiastic about women’s future in sports with various emerging role models.

“Sports have been my whole life. I’ve seen females transcend various sports networks, females who’ve broken the barrier in the men’s world. They are refereeing at the Super Bowl or coaching in NBA games,” she said. “This gives girls an outlet. They might think, ‘if I don’t make the national team or go pro, I could be a colour commentator, a referee or coach at a high level. Today, more than ever, we are witnessing history.”