In the Zone: new fitness centre opens at Brock 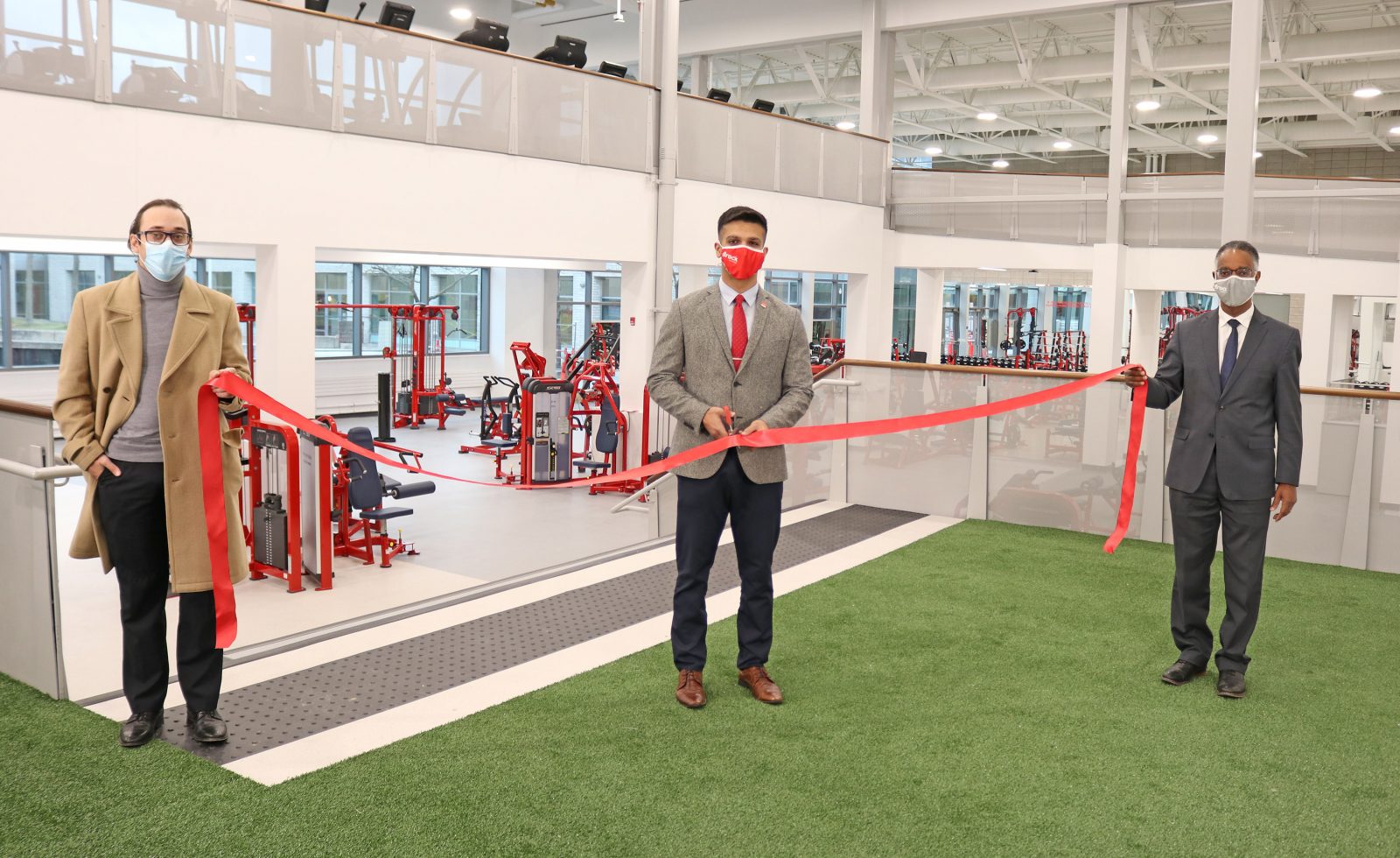 The view from inside Brock University’s Zone Fitness Centre hasn’t changed. It still looks out onto a picturesque courtyard with its flowing pond and surrounding rock scaping.

But when students and staff at Brock are able to once again enjoy their lunches at picnic tables in that courtyard, their view will have changed dramatically.

Through a complex construction process in which the courtyard played a starring role, a new 15,500 square foot Zone Fitness Centre has emerged from the walls of the Walker Sports Complex, offering users a spectacular new facility to push themselves to their limits.

Although COVID-19 regulations wouldn’t allow for an in-person celebration, the expanded Zone officially opened on Monday, March 8, wrapping up a complex construction project that tripled the size of the original facility, which first opened in 2002 when Brock enrolment was less than half of what it is today.

The project was driven forward by the Brock University Students’ Union (BUSU) and the Graduate Students’ Association (GSA), whose student members voted in favour of funding the new facility.

“It’s just incredible to see the achievement done because of our student leadership,” said Brock University President Gervan Fearon. “Our students came together to support the idea of having an expanded physical well-being space. In terms of the architectural work done and the equipment, this will be a game-changer for what’s on offer here at Brock.” 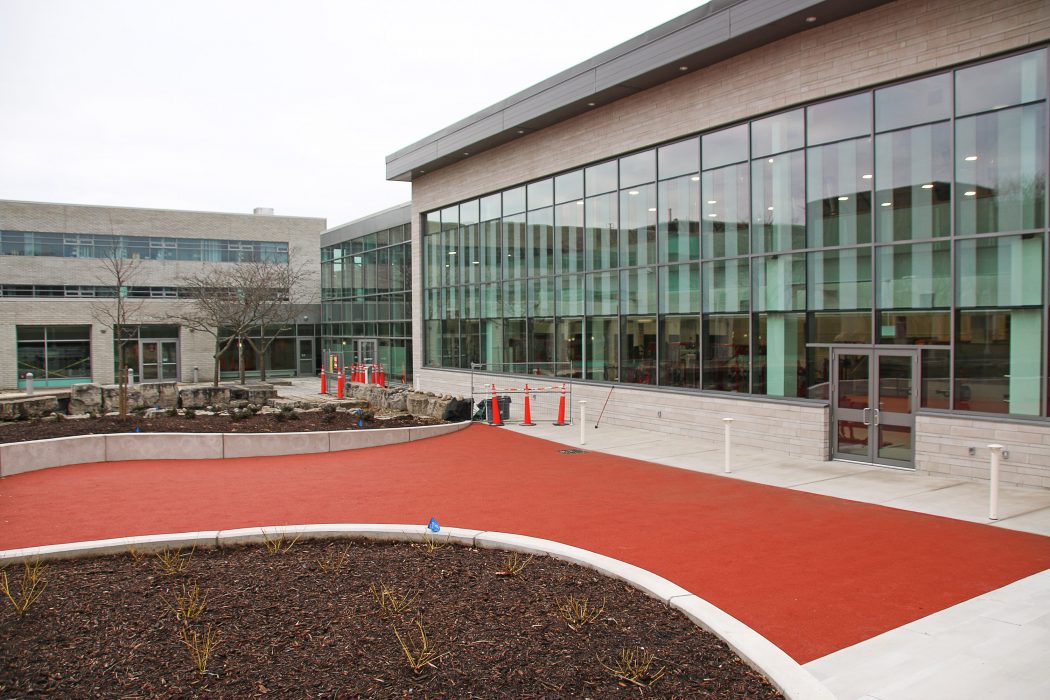 The exterior of the Zone Fitness Centre expansion as it neared completion in December 2020.

BUSU President Asad Jalib said the Zone is something all students can be proud of.

“This expansion will positively impact the university experience of thousands of students for generations to come,” he said. “We’re fortunate to have such a dedicated student body and University team that is ready to get behind projects that make our institution an even more exceptional place to learn and grow. The Zone has become, and will continue to be, a cornerstone of student life at Brock.”

GSA President Christopher Yendt said a space like the fitness centre plays a key role in the physical and mental health of graduate and undergrad students alike.

“Having led graduate involvement in this project over the past year, culminating in a successful referendum in March, graduate students have shown they value space to help stay active,” said Yendt. “This expanded facility will be an integral component to the health and well-being of our students. We know fitness plays an important role in allowing students to succeed both in their programs as well as leading healthy lives beyond the University.”

A groundbreaking ceremony for the project was held in April 2019 and construction started that August. The location of the site being in the middle of a courtyard surrounded by buildings was always going to make it a challenge, but what could never have been imagined during that ceremony nearly two years ago was a construction pause a year later that would happen as the result of the COVID-19 pandemic.

In order to allow construction machinery and equipment to access the site, the project began by building a temporary access road along the south side of Thistle Complex and slicing through the hallway between the Computer Commons and South Block. With that complete, the pond was drained of its water, layered in protective wrapping and then filled in with gravel. This allowed the courtyard to become the construction staging area, with crews building the expanded Zone that connects to the existing Walker Sports Complex.

Once the main construction work wrapped up in the summer, crews then restored the courtyard back to its original form and rebuilt the hallway. 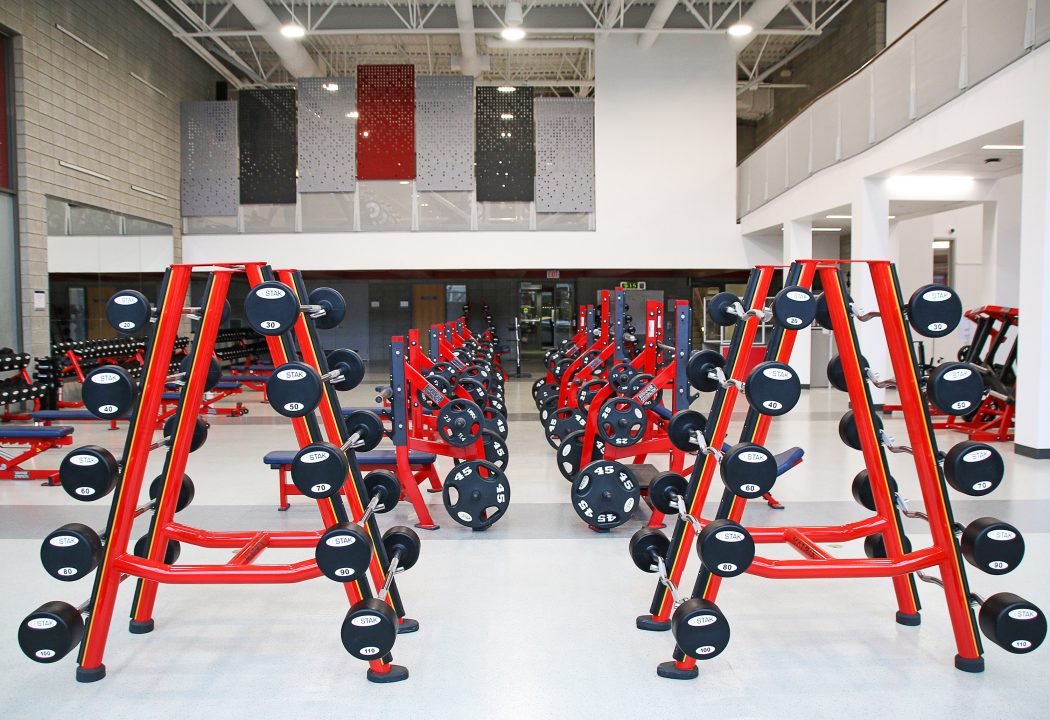 The Zone Fitness Centre expansion as it neared completion in December 2020.

“This experience certainly challenged our creativity with an enclosed courtyard and this year’s unprecedented and unforeseen circumstances,” said Drew Hauser, Director of Design and Business Development at mcCallumSather. “But looking at the end result you would never know. That’s a reflection of the skill of the whole integrated team who made it happen including Aquicon Construction who successfully managed the construction activities.”

Fearon said the past year of dealing with the COVID-19 pandemic allowed the University to grow while students were learning primarily online.

“We’ve used this time to think about how we’ll build for the future and this new Zone is for the future of our students,” he said. “What a great addition to the University. I know as students get in to use this space, they’ll be overwhelmed and ecstatic about what’s here.”

With more than three times the area, the Zone now has a significantly expanded offering of fitness equipment. Some highlights include:

“As a team, our priority was to equip The Zone with exercise options that would serve as a noticeable upgrade from what our members are used to,” said Eric Walter, Fitness Manager, Brock Recreation. “We also wanted to offer new training options to improve the experience and open it up to students whose needs or preferences may not have been met in the previous space.” 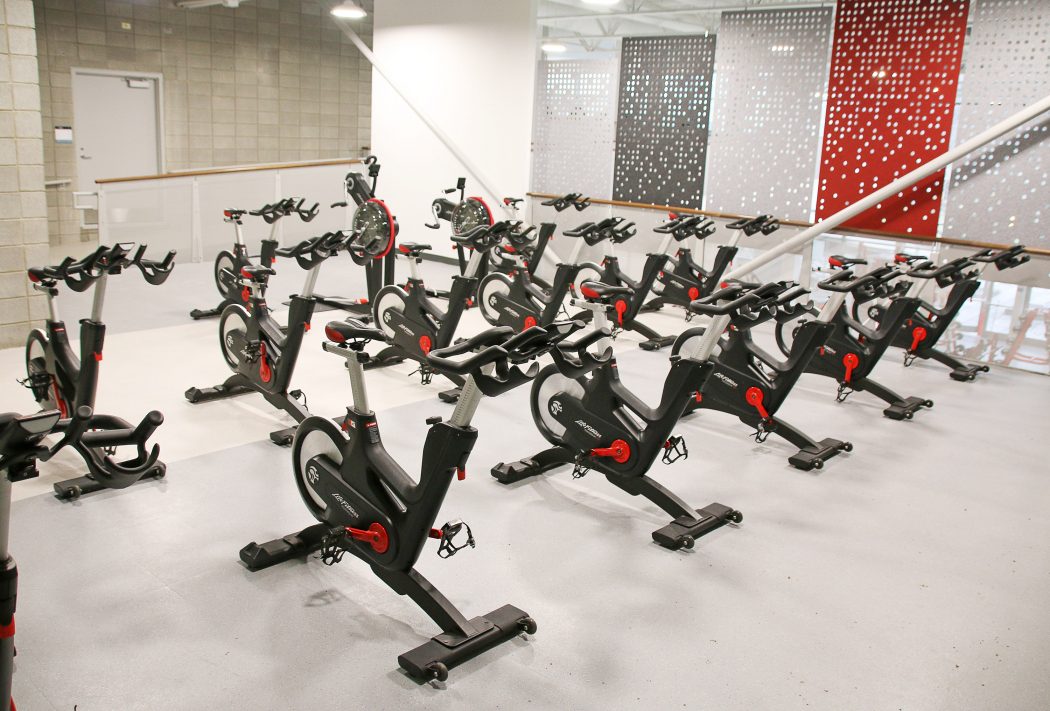 The integrated cycling studio in the expanded Zone Fitness Centre.

Faisal Hejazi, who was BUSU President at the time and played a key role in seeing the Zone project come to fruition, said it means a lot to him to see the doors open.

“When running (for President) in 2017, this was just an idea and a platform point, and then a year later the proposal overwhelmingly passed via referendum. To see this project come to fruition truly is a beautiful thing,” said Hejazi. “It makes me happy to see the goals that can be achieved through a collaborative community. It’s not necessarily about the students of today, but rather about the student of tomorrow and giving future generations access to a facility that will positively impact their physical and mental health.”

While the new Zone is now open, the COVID-19 restrictions on campus and across Niagara remain in place.

Inside the Zone, COVID-19 safety measures and protocols are in place, including a requirement for pre-registration, limited time access, directional signage, extra sanitization, spaced equipment and barriers between equipment.

Once the public health guidelines allow it, the Zone will become available to faculty and staff, as well as the wider community.

See below for a gallery of images from inside the new Zone Fitness Centre before COVID-19 safety stickers and protective equipment were added: