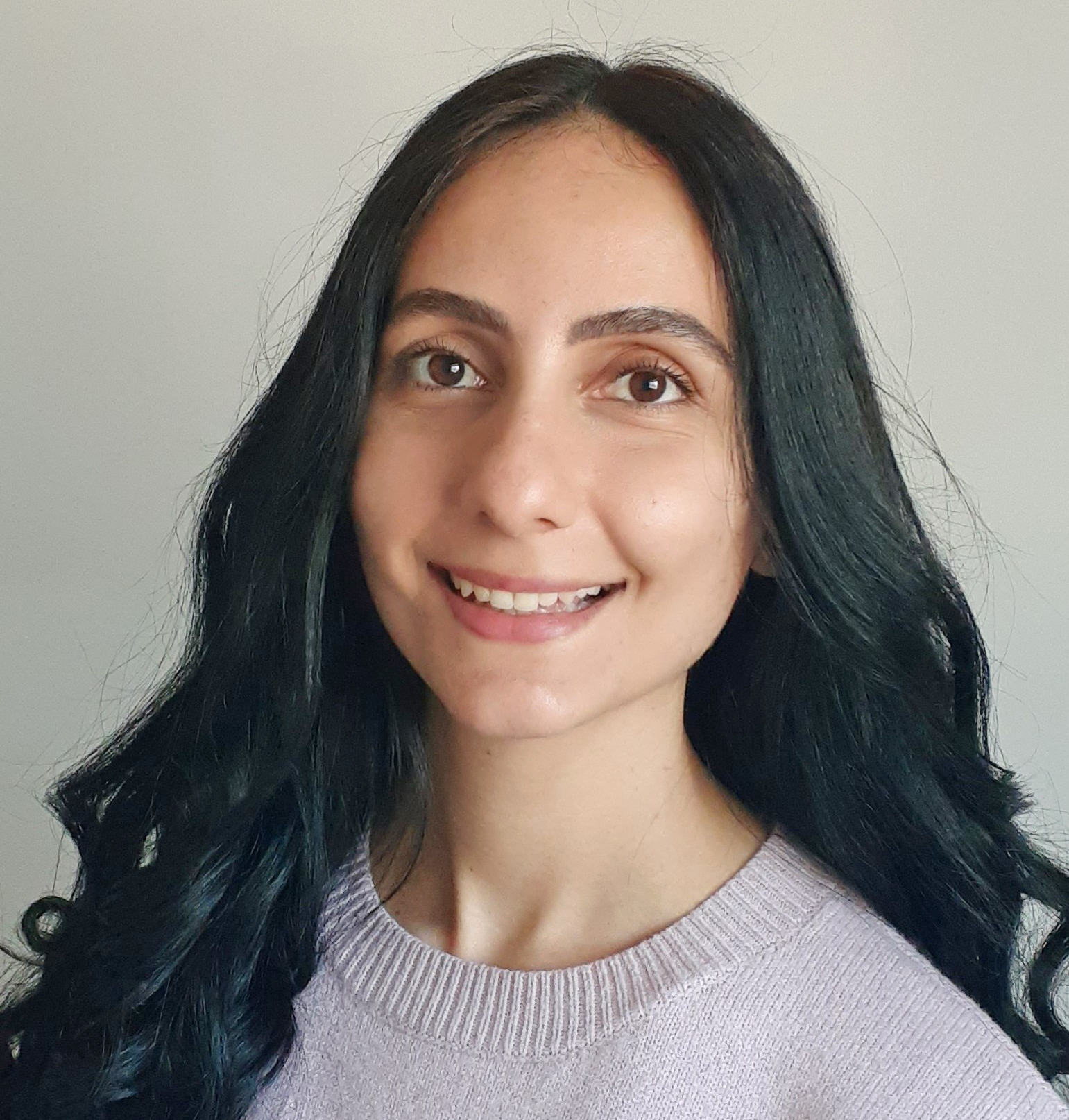 Sara Madanat, a master’s student in Applied Health Sciences, is one of the first recipients of Brock’s Horizon Graduate Student Scholarship.

That was the day her parents told her their immigration application had been approved and their family was moving to Canada.

The whirlwind days that followed saw Madanat, her parents and brother pack their entire lives into eight suitcases to begin the two-day journey from Jordan to their new home in Ontario.

Now a Brock Applied Health Sciences master’s student, Madanat says the main reason her parents immigrated was to provide their children with better access to education.

As one of 20 inaugural winners of Brock’s Horizon Graduate Student Scholarship, she’s thankful for their brave decision.

While the family was excited for a new life in Canada, the move was not without its challenges.

After settling in Hamilton, Madanat began studying at an elementary school that did not have a diverse student population. While some students were kind to her and her family, she experienced bullying for looking and speaking differently than others.

“I spoke English, but it wasn’t my first language,” Madanat says. “It was hard to fit in, but I remember always staying focused on the positives. We were just so happy to be in Canada. It did affect my confidence though. I became very shy, and never wanted to speak up.”

Eager to continue her education, Madanat enrolled at McMaster University to study kinesiology after completing high school. While in the second year of her undergraduate studies, her family experienced tragic losses. Two of her uncles back in Jordan passed away suddenly from heart disease.

“The death of my uncles greatly impacted me. To be so far away from my family and not have the closure of attending their funerals was hard,” she says. “Both were young and, from what we thought, relatively healthy. It wasn’t until later that we found out they both had risk factors for cardiovascular disease.”

Madanat let the emotion fuel her studies and became passionate about introducing people to preventative measures that could possibly save them from experiencing cardiovascular disease.

When it came time to pick a program to pursue her master’s degree, Madanat knew she was interested in Brock.

“I had heard a lot about the positive student experience at Brock, and I was very impressed by the selection of amazing faculty to potentially supervise me in the Faculty of Applied Health Sciences,” she says. “I was also very excited at the connection to the Brock-Niagara Centre for Health and Well-Being (BNCHWB) and the cardiac rehab program.”

Madanat was accepted into the master’s program and paired with supervisor Kimberley Gammage. Under Gammage’s leadership, Madanat undertook a research project exploring the role of mental health, specifically body image and depression, on cardiovascular disease in a cardiac rehabilitation setting such as the BNCHW.

“From the first day Sara started her master’s I was really impressed by her work ethic and her commitment to conducting research that could really make a difference in people’s lives,” says Gammage. “Her positive attitude and friendly personality made her a huge asset to the Centre.”

Madanat seemed a natural fit for Brock’s Horizon Graduate Student Scholarship, a fund that will provide $1 million to high-achieving graduate students from Black, Indigenous, People of Colour (BIPOC) and other under-represented groups over the next 10 years.

Twenty students from research-based programs will be chosen each year to receive a one-time award of $5,000. The scholarship is intended to help Brock attract top researchers and students from various fields while building a diverse and inclusive University community.

“I had always been hesitant to apply for scholarships as I never felt like I would be good enough to win one,” Madanat says.  “When I saw the Horizon Scholarship advertised, I felt heard for the first time — like it was made for me. To have that feeling confirmed by being selected as a recipient has been a huge confidence booster.”

Madanat says that so far, her experience at Brock has been exceptional.  She has always felt welcomed and respected, but she acknowledges that may not be the case for all minority students.

“Brock has shown a commitment to equality on its campus,” she says.  “For example, endorsing the Dimensions: Equity, Diversity and Inclusion Charter of Canada, is a great step in ensuring action is going to be taken and the Horizon Scholarship is a great example of this action being set in motion.

“I chose Brock because the University eagerly addresses and includes minority populations. For me, it was a great decision.”

Madanat is set to defend her master’s thesis this spring and will continue at Brock in the fall as a PhD student in Applied Health Sciences. Studying under Kinesiology Professor Wendy Ward, Madanat will investigate how nutritional programming — a maternal diet including isoflavones, folic acid, vitamin D and protein — can help promote offspring bone health and prevent diseases such as osteoporosis later in life.