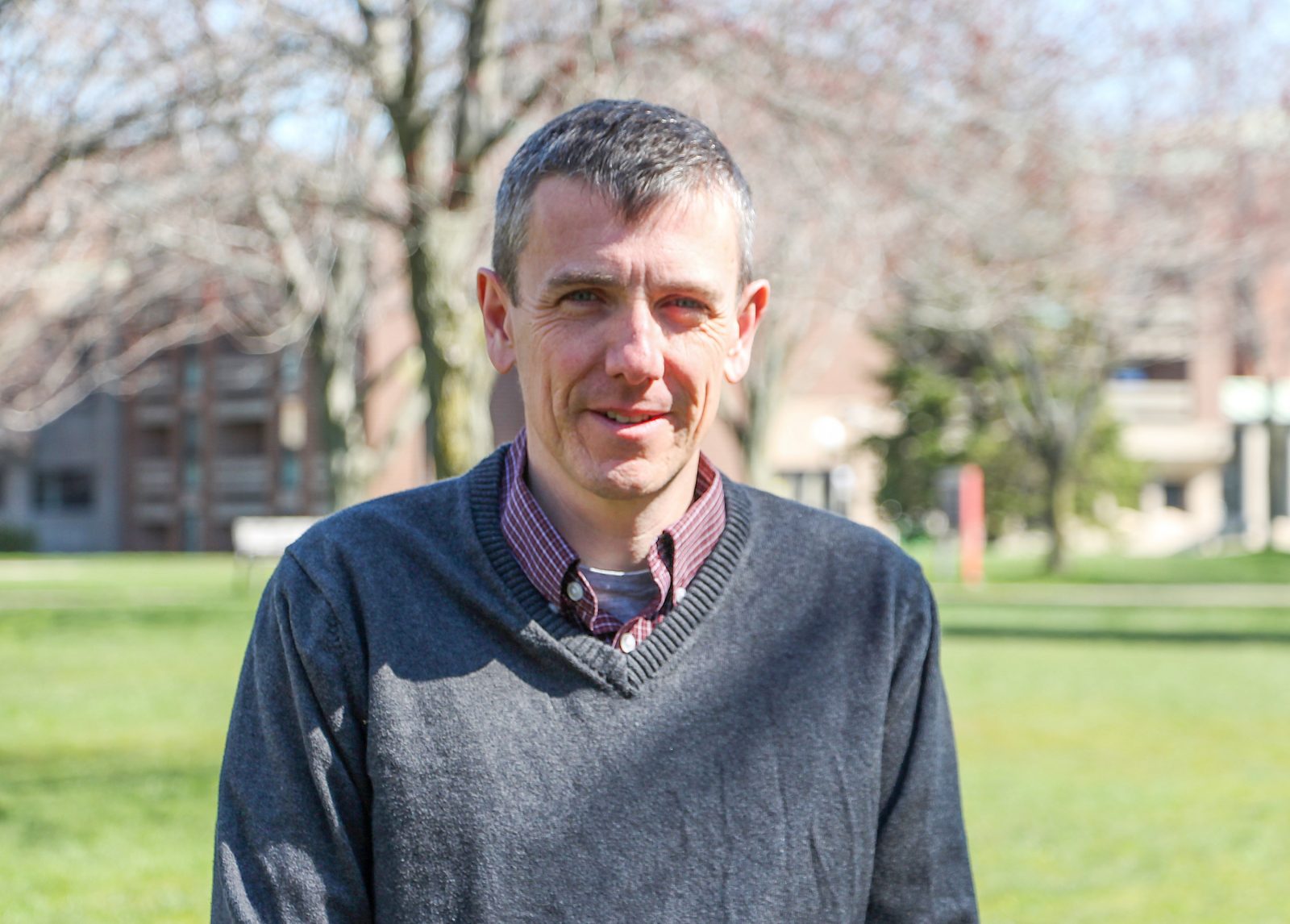 Brock University Professor of Physics Thad Harroun is among 30 team members from 14 universities who teamed up on a Canada Foundation for Innovation grant to fund a national facility that would house neutron beam scattering machines. Brock has contributed an in-kind donation valued at $500,000.

For more than three years, Brock University physicist Thad Harroun and colleagues across Canada have been advocating for a centralized facility that would house neutron beam scattering machines.

Engineers and scientists use this equipment in their materials research, which is the study of plastics, metals, steel, liquids, ceramics, cloth, and plant, human and animal cells, as well as anything else that objects and life forms are made of.

In this field of study, researchers improve upon, or engineer, materials in a wide variety of areas involving clean energy production, better cancer treatments, improvements to food security, and breakthroughs in information technology devices, among many others.

With the 2018 closure of Canada’s National Research Universal nuclear reactor in Chalk River, Ont., materials research has dropped off across the country, says Harroun.

Now, Harroun’s vision of a Canadian facility with neutron scattering capabilities is one step closer to becoming a reality with a multi-million dollar grant from the Canada Foundation for Innovation (CFI).

Harroun is among 30 team members from 14 universities who teamed up with McMaster University physicist Bruce Gaulin to apply for, and receive support from, CFI’s Innovation Fund.

The $14.2-million grant is funding five neutron scattering beams to be housed at the McMaster Nuclear Reactor under the direction of Gaulin.

“I think it’s a big deal that Brock is at the table of a new national pan-Canadian initiative,” says Harroun. “It sets us up for strengthening Brock’s ability to research materials for the next two decades; I’m happy to help Brock be a part of that.”

Included within that $14.2-million grant is a contribution in kind from future funding Brock University could have sought from the Innovation Fund. That contribution is valued at $500,000.

“Brock University is pleased to contribute to this initiative, so critical both to fundamental science and to a huge range of economically important applications in Canada,” says Vice-President, Research Tim Kenyon.

“This is a valuable investment in our community, country and beyond,” he says.

The CFI-funded initiative also sets up two U.S. research partnerships with the Oak Ridge National Laboratory in Tennessee and the NIST Center for Neutron Research in Maryland, where researchers and students can collaborate on projects and gain access to equipment in those facilities.

A neutron beam is made up of a stream of neutrons that engineers, chemists, biologists and physicists use to examine various samples of everything from metals and polymers to nano-structures, drugs and foods.

The beams come from nuclear reactors and particle accelerators. A neutron is a subatomic particle that has no electrical charge and is found in the nucleus of every atom except ordinary hydrogen.

The beams are able to explore the structure and dynamics of materials.

“Neutron beams have key advantages in scientific research: They’re non-destructive; they penetrate through materials really well; and they’re the only one that probes magnetic structures,” says Harroun.

This is helpful, for example, in examining car or airplane parts to detect stresses that might make such vehicles unsafe to travel in.

Harroun uses neutron beams in his cell membrane research. “We use it much like an X-ray beam to study the atomic structure of cell membranes,” he says.

Brock currently has an X-ray machine that Harroun and researchers across campus use in their work. Harroun says that, while X-ray machines are helpful, they don’t give the full picture of a particular material.

“Neutron beam scattering brings out new, complementary information that you can’t get with just X-rays alone, because there’s different ways X-rays and neutrons interact with materials,” says Harroun, adding that he and his colleagues are looking forward to using the equipment in nearby McMaster.

Harroun’s efforts to advocate for access to neutron beam scattering equipment stretch back prior to the closing of the Chalk River facility, which housed the machines. As then-president of the Canadian Institute for Neutron Scattering, Harroun and colleagues were searching for options to set up access to the equipment.

The CFI investment “is going to have a big impact on research in Canada,” says Harroun.