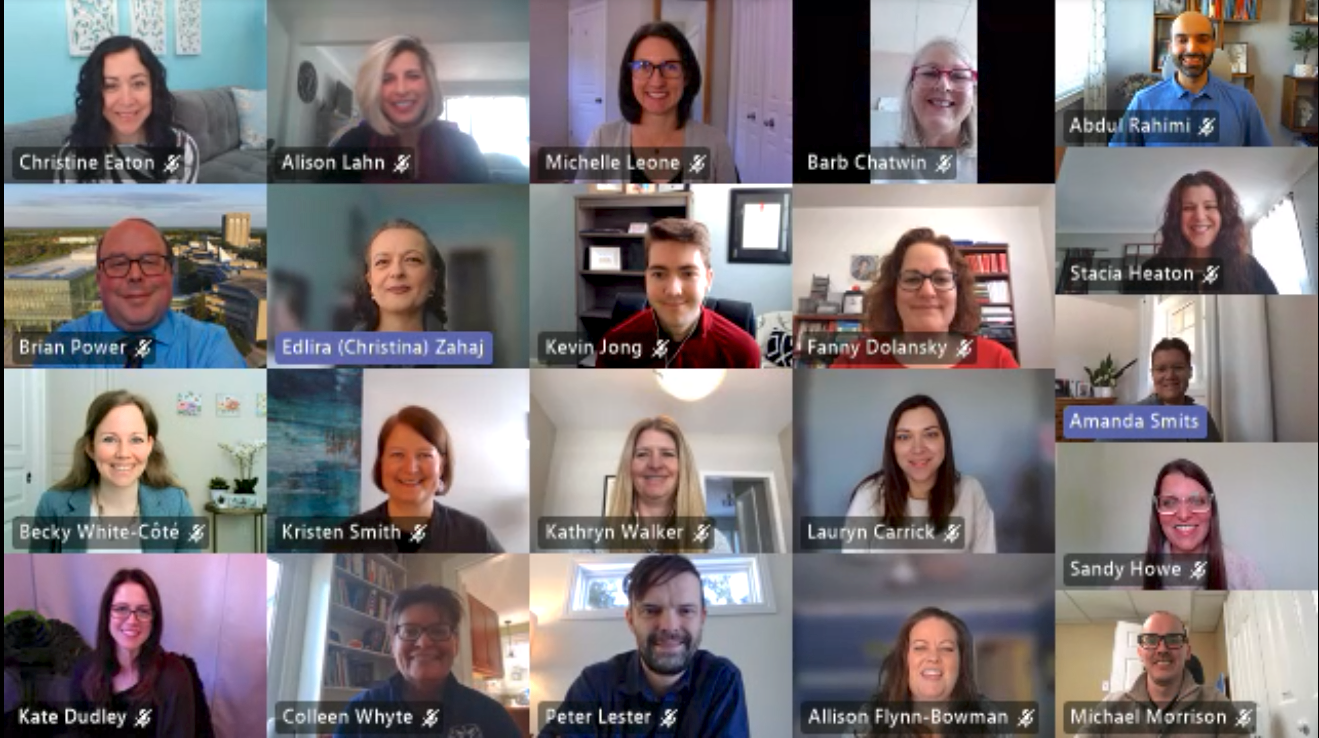 Some of the many Brock employees who volunteered virtually with the University’s 2020 United Way fundraising campaign as committee members or canvassers.

In a year when support was needed more than ever, Brock’s faculty and staff stepped up and rallied around the local community.

Despite challenges served up by the COVID-19 pandemic, the University community was not about to let its annual workplace campaign for United Way Niagara fall through the cracks.

Traditional events and on-campus initiatives held to raise both money and awareness during previous campaigns weren’t a possibility due to public health restrictions, but Brock’s United Way Committee refused to throw in the towel.

Instead, the motivated group moved the campaign online before its start last October.

Committee members worked to reach out to as many potential donors as possible and Brock employees responded to the virtual call to action.

Advocacy for the United Way continued in several meaningful ways throughout the campaign, with volunteers presenting at online team meetings, hosting information sessions and introducing an effective marketing strategy. The committee’s efforts raised United Way’s profile amongst the Brock community and, as a result, saw 74 new campaign donors contribute to the cause — an all-time high.

“The volunteers have been amazing,” said Lynn McCleary, United Way Committee Co-Chair. “They made it happen, while in such transition, by having those personal conversations and encouraging people to contribute.”

The result was one of the most successful employee giving campaigns in Brock’s history, raising $158,034. The amount will contribute to United Way’s goal of supporting 120,000 people across Niagara through their network of funded programs.

“This is a true reflection of the amazing volunteers we have on campus who give their time to the Brock United Way Committee or to being a canvasser in their department or unit,” said Sandy Howe, United Way Committee Co-Chair and Associate Director, Experiential Education. “Taking the time to share information and answer questions individually is such a big part of our success each and every year.”

McCleary, who’s also a Professor in Brock’s Department of Nursing, was grateful to see the University community come together despite a very challenging time for many families.

“People somehow found a way to give,” she said. “It makes me proud that these are my colleagues and that I’m part of the Brock community.”

For their efforts, the University’s United Way Committee was recently recognized as Committee of the Year by United Way Niagara. The honour, determined by an independent award team, is presented to organizations that achieved tremendous success in their employee giving campaign by showing leadership, passion, originality and effort.

“The Brock community continues to dig deep to support the most vulnerable people in Niagara,” said Kevin Jong, Director, Development and Communications, United Way Niagara. “We are incredibly grateful for our continued partnership and thank every donor and volunteer for contributing to the campaign, especially at such a challenging time for so many.”

Brock President Gervan Fearon, who serves as a member of United Way Niagara’s Board of Directors, said the University community can take pride in the fundraising total and the related Committee of the Year award.

“Across the University, the United Way is recognized for its importance to community building. The statistic that one in every three people across the Niagara region are in some way touched by the efforts of the United Way speaks to its importance to the entire University and Niagara community,” said Fearon. “I would like to express my gratitude to the University community for supporting the important work of United Way and offer my sincere appreciation and congratulations to Brock’s United Way Committee and, in particular, Co-Chairs Sandy Howe and Lynn McCleary for their exemplary leadership and achievements.”