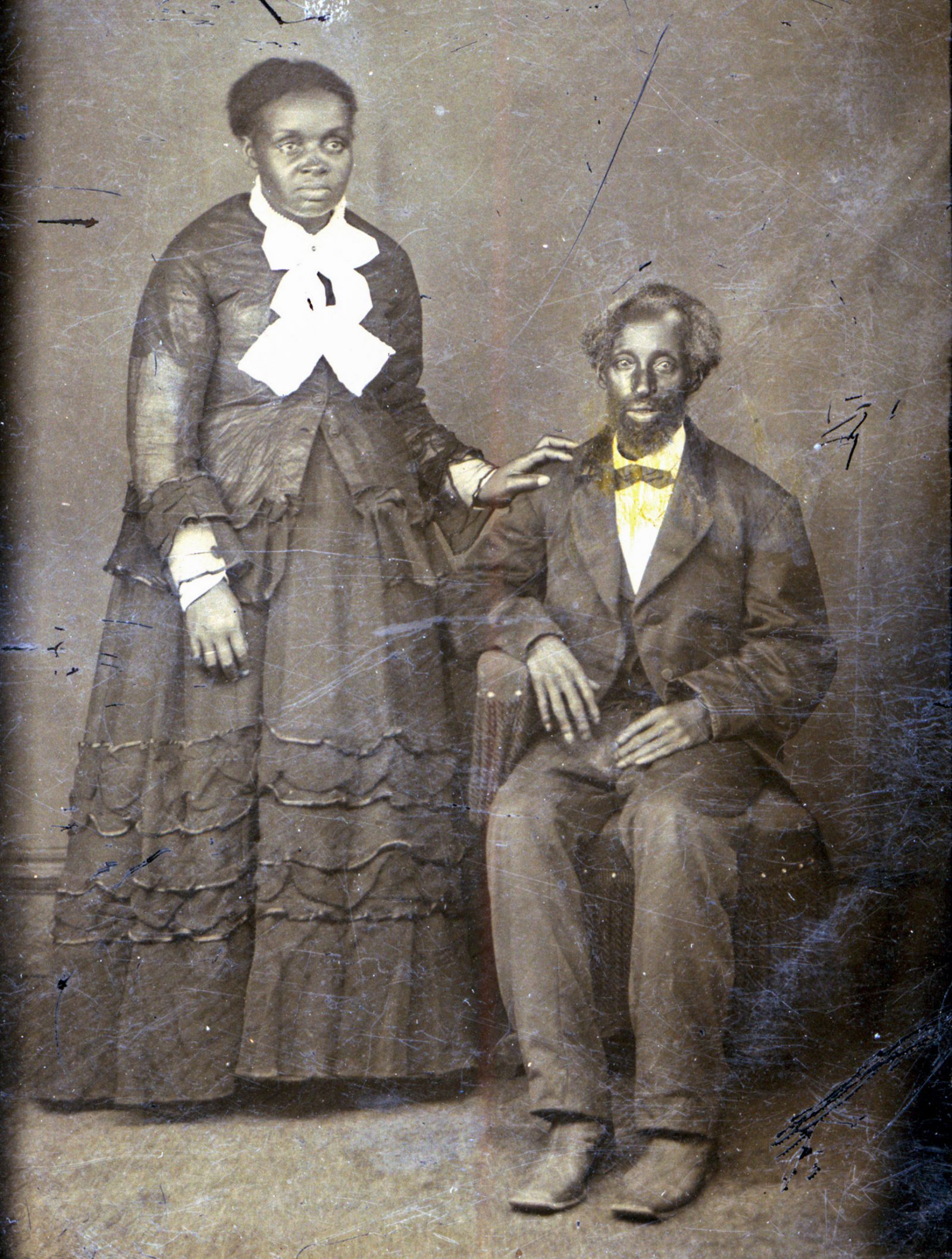 An unknown couple is pictured in a tintype photograph contained in the Rick Bell collection donated to Brock University in 2010.

Not much is known about them.

They appear in formal attire before a plain backdrop, their hair perfectly coiffed and their faces without expression. The Black men and women in the compelling tintype photos immediately demand attention with their gaze, and yet their names remain a mystery.

But Edie Williams, Brock’s Archives and Special Collections Assistant, is hopeful we will someday learn more details of the striking photographs contained within the University’s Rick Bell collection.

Williams recently completed an online exhibit featuring pieces from the remarkable collection that was donated to the University by Rick Bell in 2010. The collection features more than 300 photos and various papers spanning more than a century and documenting the Bell and Sloman families, who descended from former slaves in the American south and later laid roots in Niagara.

Although the people in the tintype photos are unidentified, the pictures tell a story and were deemed important enough to the family to be kept all these years, Williams said.

“Those photographs were cherished by someone in the family. Someone knew who they were at some point and they were valuable to them.”

Williams has spent time studying the photos and believes several of the tintypes were taken in the same studio — identified through similarities in the pictures, including use of the same iron chair.

The images provide a snapshot in time of the family’s journey. 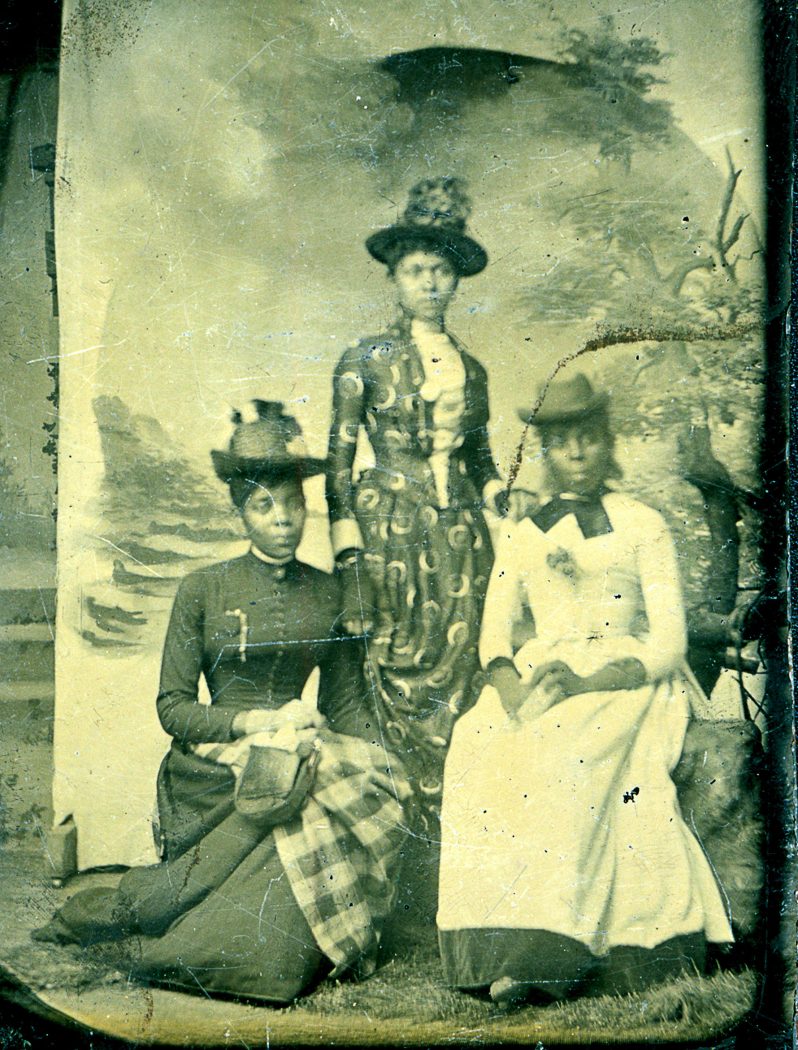 A trio of women — the one standing believed to possibly be Rick Bell’s grandmother Mary Tyrrell Bell — is pictured in a tintype photograph contained in the Rick Bell collection donated to Brock University in 2010.

“They say ‘We have come a long way. Look at how we’re dressed. We are able to have a photograph taken. We look like we’ve arrived and are doing well. We’ve come so far out of slavery,’” Williams said. “We don’t know their slavery story, but I think other researchers should take up the challenge to find out that piece of the puzzle.”

Admittedly fascinated by the collection, Williams was captivated by the pieces the family chose to keep safe for decades, including tithing receipts from the 1870s and 1880s from Salem Chapel British Methodist Episcopal Church in St. Catharines. Designated a national historic site, the church was built by Harriet Tubman and other freed slaves who arrived in Canada via the Underground Railroad.

The family also kept an advertisement from William Still, an abolitionist and conductor on the Underground Railroad, who left a handwritten note in the document’s margins expressing connection to St. Catharines.

The Bell family fonds is Brock’s most extensive Black history collection, Williams said, and the decision was made to highlight it early in the year to encourage further exploration of its contents by researchers and students alike.

“We are very fortunate to have these and similar resources in the Brock Archives and Library,” said David Sharron, Head of Archives and Special Collections. “Every term we have students visit us who are very keen to explore these subjects. Moving forward, I hope that we can acquire more records that chronicle this important history from the earliest times to the present.”

While Brock marked African Heritage Month / Black History Month with a series of virtual events, the University continues throughout the year to encourage conversations about and research into this important aspect of history.

“The discomfort that people feel when they hear of programming outside of Black History Month speaks to the undertones of anti-Blackness that permeates our society,” she said.

“Quite often, folks feel as though we need to ‘segregate’ learning of Black histories to February, the coldest, shortest month of the year, and fail to question how anti-Blackness has impacted our histories every day, every year, all year throughout our history.”

In addition to the Bell family fonds, Brock’s Archives and Special Collections is home to several historical pieces that document Black history locally and beyond. They include: