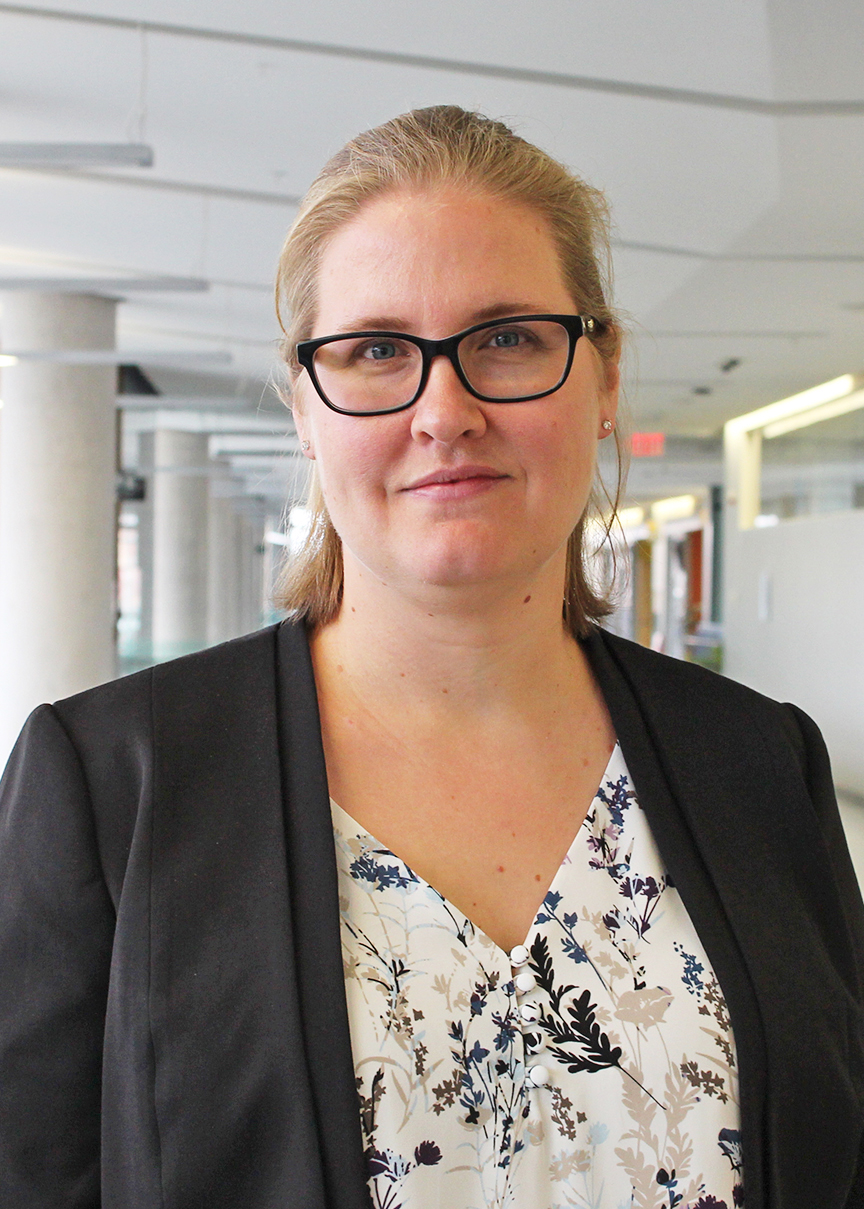 Caitlin Mahy, Associate Professor in the Department of Psychology, has found ways for children to participate in research using online videoconferencing and parental reporting.

Around this time last year, Brock’s Developing Memory and Cognition Lab regularly echoed with the questions and giggles of very young research participants.

This finding has served Mahy well one year later, as she and her student research team have sought out ways to adapt to a new online research environment while continuing to study prospective memory and cognitive development in children.

With this in mind, Mahy and her students have undertaken several new studies adapted to research tasks that can be conducted virtually. But while some research methods, such as conducting surveys, are relatively easy to administer remotely, asking a three-year-old to focus on a memory task while sitting in her playroom holding a smartphone can be a challenge.

“I think we really take for granted the amount of focus children have and how much we can redirect children’s attention when we’re working face-to-face with them in the lab, so that’s been one challenge — kids are in their home environments and are highly distractible,” Mahy says. “We’ve also had challenges with kids being on cell phones or tablets and running all around the house while trying to participate in a study.”

Her lab is currently seeking participants for two fully online studies. In the first, three- and four-year-olds complete tasks to help the researchers examine why children are forgetful, and in another, four- and six-year-olds perform tasks that will help show if visual reminders or verbal reminders are more effective.

Any parents interested in having their child participate in an online study is invited to contact the lab for more details.

Mahy acknowledges that shifting to virtual studies has been “quite a change,” noting that some of her students have had to change gears in order to comply with public health guidelines.

“One of my master’s students, Samantha Moeller, wanted to look at children’s false memory in the lab, so our plan was to bring in children of different ages and compare the development of false memory,” Mahy says. “Because of some of the tasks involved, it really needed face-to-face interaction, so we couldn’t adapt that project to the virtual or online format.”

As a result, the team refocused on another project looking at how adults perceive forgetful children, still broadly in the area of children’s memory but very different from the original plan.

Mahy also embarked on a project outside of her typical area of developmental research, teaming up with honours student Estera Houshang Tehrani and Assistant Professor William Hall in Psychology to study how forgetfulness in men and women is perceived.

“What’s kind of nice, actually — maybe one of the silver linings of the pandemic — is that this is not typically a study I would have thought about for an honours student in my lab,” Mahy says. “It is much more in the area of social cognition, so it’s really an interdisciplinary study.”

By designing vignettes showing fictional men and women forgetting at work or at home, and forgetting things that affect others or only themselves, and then asking participants to assess various traits of the individuals based on what they have read, the team hope to identify some of the factors that can affect how we are seen by others.

“We’re really interested to know whether men and women are judged differently,” says Mahy, who hopes to share some preliminary findings from the study when she speaks at the next meeting of Women in Leadership on Feb. 11.

Mahy will also engage with her field more expansively during her new three-year appointment as an Associate Editor for Cognitive Development, a journal focused on the emergence of children’s cognitive abilities in early childhood and development across the adolescent years. She has previously served on the editorial board and has published her own work there in the past, so the new role is an exciting opportunity.

She says she looks forward not only to refining her editorial skills, but also to reading on a broad range of subjects within the field and learning about the most recent research findings ahead of publication.

“I think it’s really exciting to see what’s actually happening now, potentially a year before something’s published,” says Mahy. “It’s a great way to keep up to date in the field and see what’s coming down the pipeline.”