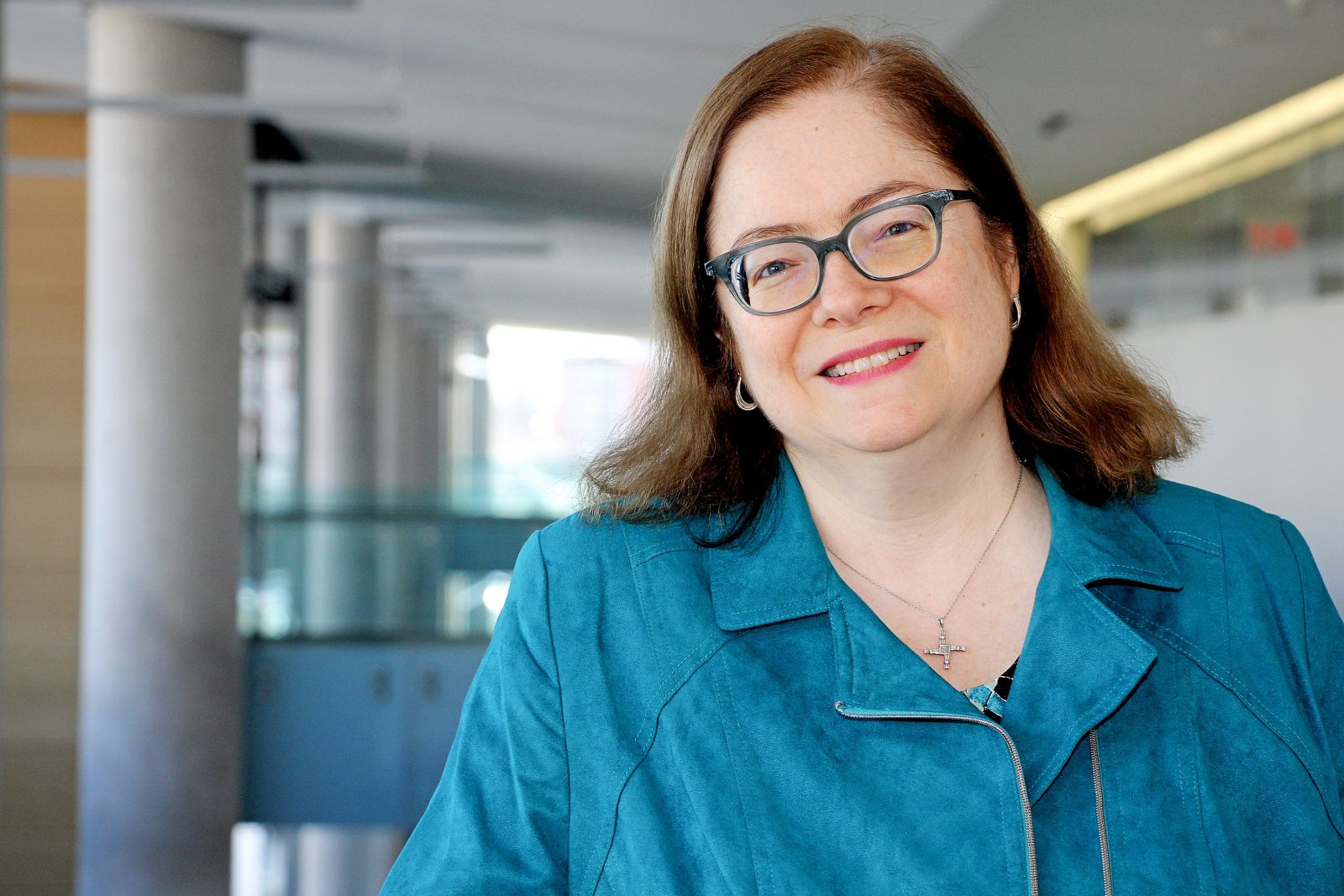 While February is Heart Month, there are a few things Brock Associate Professor of Nursing Sheila O’Keefe-McCarthy wants people to keep in mind year-round.

First are the typical symptoms of a heart attack. Although they can vary widely depending on gender, co-existing conditions like diabetes and other factors, symptoms include chest pain, shortness of breath, dizziness, unusual fatigue, unusual aches, heartburn, sleepless nights, headaches, sweating, and tingling or numbness in the arms, legs or jaw.

Second, signs of an impending heart attack and other forms of cardiovascular disease can show up weeks, or even months, before the actual attack itself.

Third, it’s important for people to process and learn from what they’ve been through as they move forward living with cardiovascular disease.

“The real purpose of research is to get critical information into the hearts, hands and minds of people who can use it,” says O’Keefe-McCarthy, a registered nurse.

She researches cardiovascular disease symptoms, management and treatment, and pain science, as well as the maintenance of heart health.

As part of her Heart Innovation Research Program, she has developed the Prodromal Symptoms Screening Scale that health-care professionals and patients can use to measure heart health and detect early warning signs of heart disease.

Depending on the results, this can lead to further tests such as an angiogram, cardiac catherization or running a lipid profile, which involves measuring fat levels in the blood.

“The warning symptoms of a heart attack arrive very transiently,” says O’Keefe-McCarthy. “They come and go fleetingly, weeks, months and days prior to having a cardiac event.

“People have described them as unusual, unpredictable and unexpected, so that’s why they don’t recognize them,” she says. People who are genetically pre-disposed to heart disease, lead a sedentary lifestyle, are obese or have diabetes should pay particular attention, she says.

But for O’Keefe-McCarthy, it’s not enough just to relay information to people at risk of, or who are living with, heart disease. She says facts and symptoms often are ignored or glazed over.

“Part of my research with the Heart Innovation Research Program is to make meaningful messages that resonate so they can be taken up and remembered,” she says.

O’Keefe-McCarthy and her research team do this by taking an arts-based approach – called the ABELE (arts-based embodied layered exploration) method – to spread information on hidden and early indications of heart disease through paintings, poetry, photographs, objects and other forms of art.

These images are designed to engage people’s various communications styles and appeal to the different ways they process information, says O’Keefe-McCarthy.

The artwork and poems draw upon research participants’ thoughts, feelings and experiences before, during and after their heart attacks.

“For people who have heart disease, it’s a journey for them: how they experience having an attack, what they didn’t know, what they wanted to know, how foolish they felt at not knowing the symptoms,” says O’Keefe-McCarthy.

“Having heart disease is not just the symptoms, but it’s the meanings attached to the life-altering things that happen after having a heart attack,” she says.

O’Keefe-McCarthy says it is vital for people to be proactive rather than reactive; having the right information in advance will help them to do so.

“If we don’t get the research out in meaningful ways to the right people at the right time, people are going to die, and that’s not acceptable.”