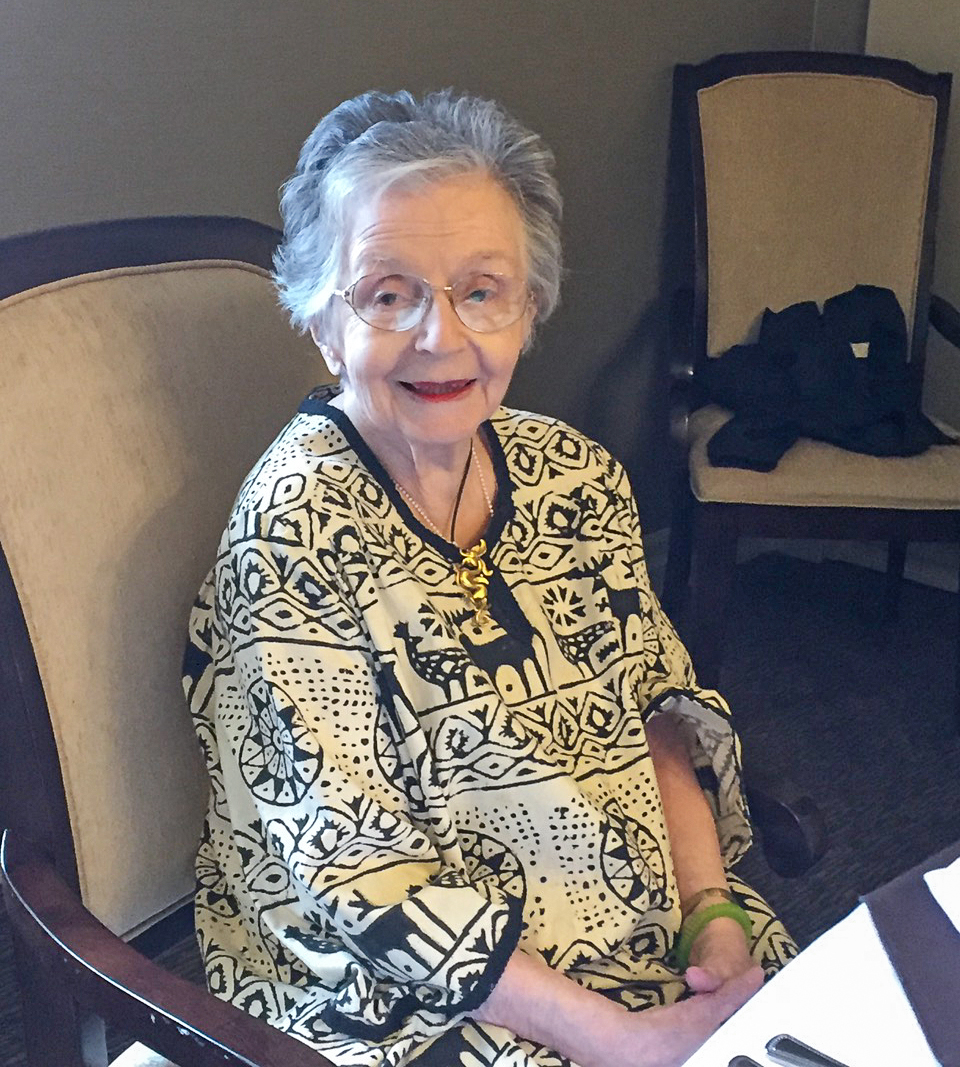 Brock University was an important part of Josephine Meeker’s life for far longer than the three decades that she worked here.

Believed to be the first woman ever hired as a Brock faculty member, Meeker started as an Assistant Professor of Geography on July 1, 1965 and retired 30 years later on June 30, 1996. In between those two dates, Meeker played a significant role in the development of the Department of Geography and the University as a whole. She was the first Director of Continuing Education, the first president of the Brock University Faculty Association and had tenures as a member of both the Board of Trustees and Senate, for which she served a term as Chair. She was also influential in the creation of the Women’s Studies program, and in 1995 received the Rosalind Blauer Award for improving the position of women at Brock. 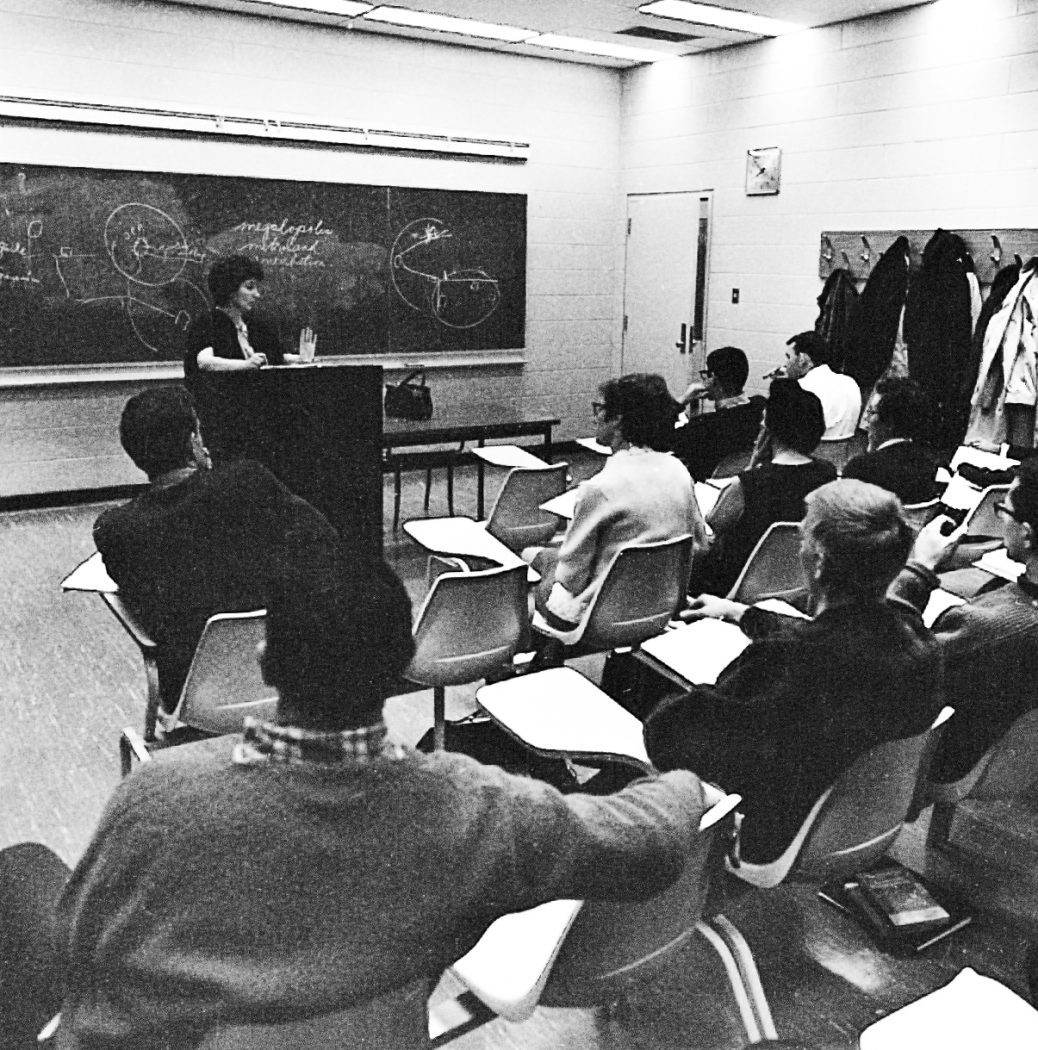 Josephine Meeker, who began her time at Brock as an Assistant Professor of Geography in 1965, is shown leading a class in 1968.

“Josephine brought a commitment to Brock, never ceasing to put Brock first,” said John Menzies, Professor of Earth Sciences and Geography. “Her commitment to students was incredible, not only in helping them in their studies, but also in their whole life here and afterward.”

After completing her graduate studies, she returned to Canada to start her academic career at Brock.

“My Aunt Jo cherished her role as ‘Professor Meeker’ and the chance to teach and mentor students at Brock University,” Nelson said. “She was so proud of the University and its development over time. Throughout her lifetime, her highest praise of individuals was reserved for graduates of Brock. In her eyes, a degree at Brock was Josephine’s ‘seal of approval.’”

In lieu of flowers, the family asks that donations be made in memory of Meeker to either Brock University or McMaster University. A virtual celebration of life for students, colleagues, friends and family will take place Sunday, March 7 at 2 p.m. To participate, contact the family via Nelson at wnelson@rogers.com

An online book of condolences can be found at turnerfamilyfuneralhome.ca

Read the full obituary in The Globe and Mail here.