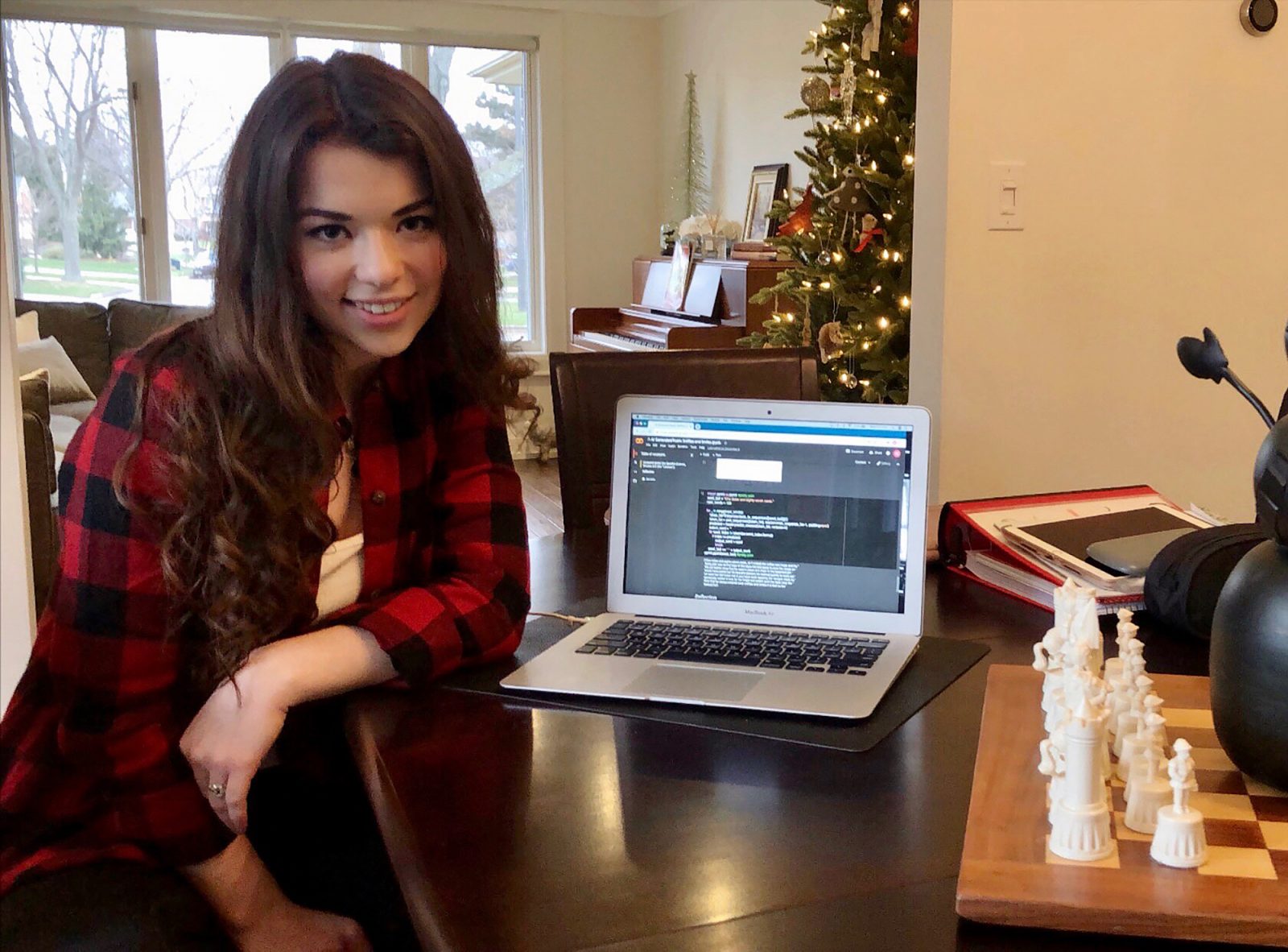 The fiction and reality of artificial intelligence (AI) came together for students this semester.

Using a wide variety of source texts, from ancient poems like Beowulf to an episode of South Park, students trained algorithms to write a collection of poems titled Robopoetics, now available as an electronic publication (EPUB).

AJ Sylver, a first-year student in IASC 1F01, says the experience of training an algorithm to write poetry gave him insight into how technology can learn and modify itself.

“Machine learning is adaptable to poetry because constraints on making meaning are more open ended,” says Aaron Mauro, Assistant Professor with the Centre for Digital Humanities and the course’s instructor.

Many of the course’s students had never coded before. In addition to course materials, they used online documentation and videos, and worked with their classmates to learn the Python programming language and TensorFlow machine learning platform.

“It looked intimidating at first, but our professor helped us all the way along, so it wasn’t as difficult as it seemed,” says first-year student Maisyn Kwinecki.

To create the new poetry, students wrote customized algorithms , which processed the input text  several hundred times. The AI then replaced each word with a unique number, called a token, and then looked for relationships between tokens.

When the process is complete, the tokens are recombined, and turned back into words that make up a new poem.

The students discovered that finding the right source material was sometimes a challenge.

“Our source material was on the Project Gutenberg website, so if you didn’t choose a long enough text it would include the licensing agreement” says student AJ Sylver, who initially tried training his algorithm on Edgar Allan Poe’s poem “The Raven” before switching to “The Fall of the House of Usher.”

Sylver found that using a long text to start, and having  the algorithm process it the maximum number of times his computer could handle, produced the best new poems.

“The algorithm is going through the text so many times, and when I got a poem that started to make sense I thought, ‘I can’t believe I did this!’,” says Kwinecki. “You get a completely different poem each time. The poem I chose flowed so nicely, I really loved it.”

The AI-written poetry also raised questions of authorship and authorial intention for students.

“AI is basically taking things as a token and looking for patterns, so there’s not a lot of emotional meaning but there is a logical meaning,” says Sylver. “There’s something profound in the poems but it’s not intentional.”

Exploring the complexities of AI through a combination of literature and films as well as hands-on experience helped demystify what it is and what it can do.

“I’ve learned so much about AI from this course,” says Kwinecki. “It gave me the perspective of what AI really is and that it’s already here. The course showed me that there’s a lot of control of AI from the human side.”

While humans can’t see the operation of algorithms or perceive the data flowing through the system, these algorithms have a very real impact on people. AI is currently being used for everything from video conferencing and home assistants to self-driving cars and probationary courts in the US.

The well-known example of Clearview AI, a facial recognition program used by police units in the US and Canada, highlights some of the important questions.

“There are real problems with it, in that there could be false positives, but what if you could identify a serial killer on the loose? What safeguards do you want in place to use the technology responsibly?” says Mauro. “These are ideas students need to be thinking about as future leaders.”