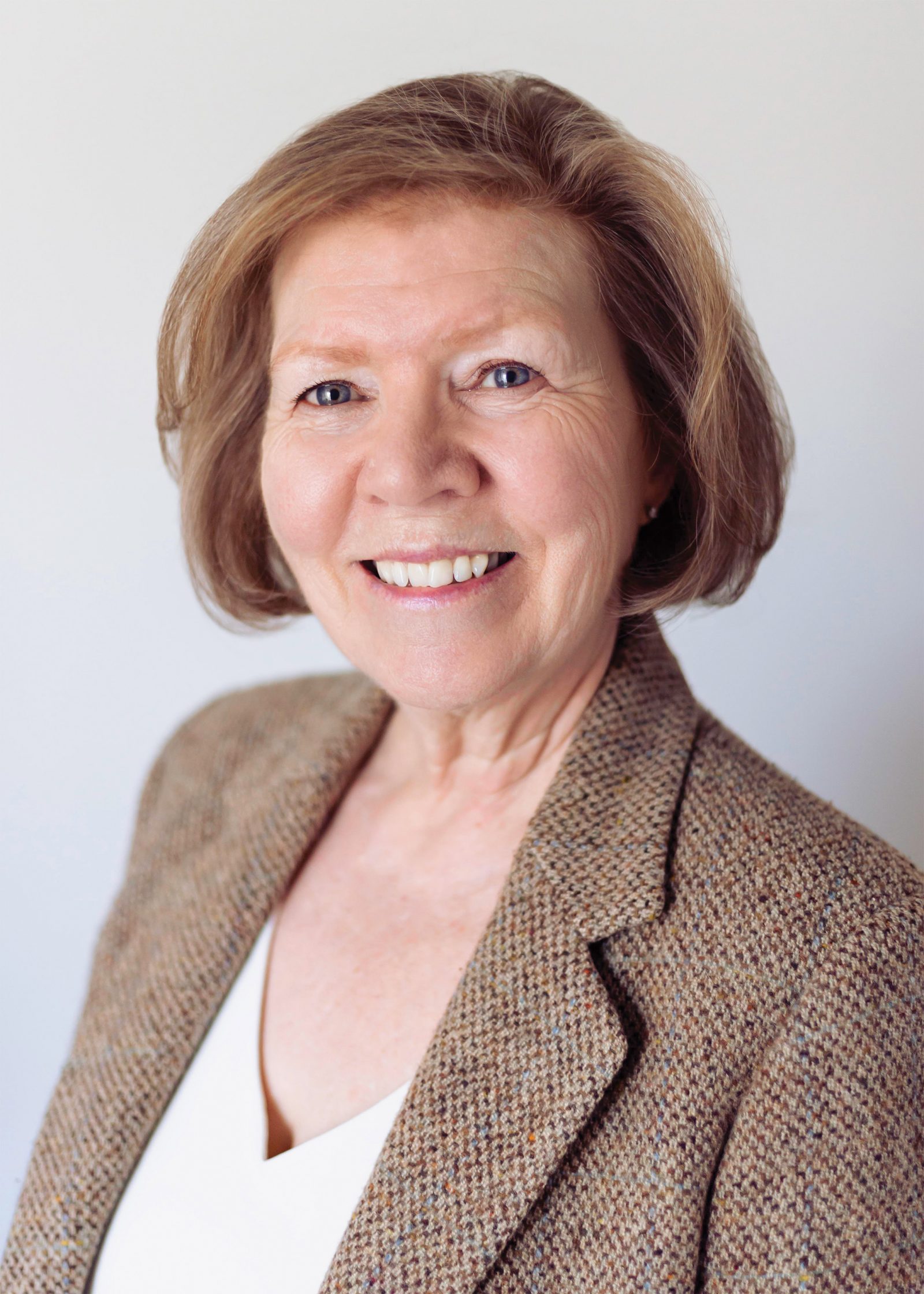 Diane Dupont, Professor in the Department of Economics, was named one of two inaugural fellows by the Canadian Resource and Environmental Economics Association this fall. Photo by Luke Taylor.

Diane Dupont, Professor in Brock University’s Department of Economics, has been named an inaugural Fellow by the Canadian Resource and Environmental Economics Association (CREEA).

The title was conferred at a virtual CREEA event in November in recognition of her work to advance the profession of environmental and resource economics and her significant contributions to CREEA and its operations.

Dupont, who has also held both the Chancellor’s Chair for Research Excellence and the Distinguished Research and Creative Activity Award at Brock, says she was surprised and delighted to receive the honour, one of only two awarded for the first time this year.

She called it especially meaningful because CREEA is an organization that has been “instrumental” in her career, a place where she presented work, reviewed the work of others and networked with colleagues in what was “always a very friendly, helpful spirit.”

“I was proud to showcase Brock, to be able to show what we’ve got here, and I think in a small way we helped put Brock on the academic map for environmental work in Canada,” she said.

Marcel Oestreich, Associate Professor in the Department of Economics, attended the conference in 2013 and recalled a telling moment from the keynote address.

Brandon Schaufele, Associate Professor of Business, Economics and Public Policy at the Ivey Business School at Western University, spoke about Dupont at the award event and later described Dupont as a world-renowned researcher. He commended both her ability to build research networks and her service to organizations that support researchers.

He also pointed out she has built a thriving career in what has been, until recently, a male-dominated field.

“Diane is one of the first and leading female environmental economists in Canada,” said Schaufele. “She has provided an example for a lot people with her work on policy issues and leading research networks, in addition to her support of up-and-coming scholars.”

Dupont’s willingness to collaborate and explore interdisciplinary research opportunities has always been a priority, even in the early days of her research career when environmental economics was just beginning to grow into its own area.

“I always felt the broader context was really important for understanding what was going on, so it was very natural for me to be involved very early on in my career with the Canadian Water Network, where I was working with engineers, hydrologists, soil scientists and microbiologists to look at issues around water quality,” said Dupont. “I always thought I could learn from people in other disciplines.”

Her early focus on resource economics shifted over time, from fisheries to water systems and non-market valuation, or “people’s preferences and values for ecosystem services that benefit them, but that we generally don’t pay for in a market setting,” as she explains it.

“In one of the papers that is most often cited from 2004, I took some models of people’s willingness to pay for better recreational services relating to water and looked at them through a gendered lens — but also through whether the respondent was a parent,” said Dupont. “I was interested in knowing if males and females with and without kids would express the same values for improvements to these services, and it turned out they didn’t.”

Her determination to examine the issue through different lenses was unusual in the field at the time of publication, but Dupont says that new approaches have combined with the emergence of big data to allow for positive change.

“A lot of the models that we previously used in economics focused on providing a single or homogeneous behavioural response — so, in other words, the model would predict the behaviour of a non-gendered, non-marginalized person, a ‘person in society’, the so-called ‘economic agent’,” Dupont said. “We didn’t include detail about the context or what might be motivating those choices and to see whether choices might be different by people who are different, but by having a larger amount of data and by having models that could embrace the heterogeneity of responses, that’s where I think the discipline has made a lot of strides.”

Dupont has made extensive contributions to that development as a valued researcher and consultant. From 2011 to 2013, she served as research co-ordinator in Brock’s Environmental Sustainability Research Centre, of which she was also a co-founder, and sat on the Research Management Committee of the Water Economics, Policy and Governance Network from 2012 to 2020, becoming the Scientific Director in 2016. She has also served on the Board of Directors for the Canadian Water Network, chaired the Scientific Advisory Committee for the Worldfish Centre in Malaysia and consulted for organizations in the US, UK and Canada, including Canada’s Eco-Fiscal Commission and Health Canada, in addition to serving on multiple SSHRC Review Committees and working as an Associate Editor on several journals in her field.

Dupont believes doing her best and being accountable is an important part of being a public servant.

“I want to give back to students and I want to do good research,” she said. “I’m honoured to be working in a job that I really enjoy and that allows me to do a variety of different things — the research, the teaching, the administration — and to really make differences in people’s lives, particularly for students that I’ve trained and the junior colleagues I have mentored.”

She advises junior colleagues and students just starting out on their career paths to try to find a mentor and to seek out colleagues who they can trust as they look for opportunities and find the courage to try something new.

“Probably the most important thing is to take a step back to assess what you’re doing with your time,” Dupont said. “I’m advocating for a more balanced life. I’ve been extremely fortunate to have had a wonderful husband, an amazing family in my kids and extended family, and my friends. It’s so important that you don’t get so focused on the career that you forget all the other things that bring you joy in your life.”