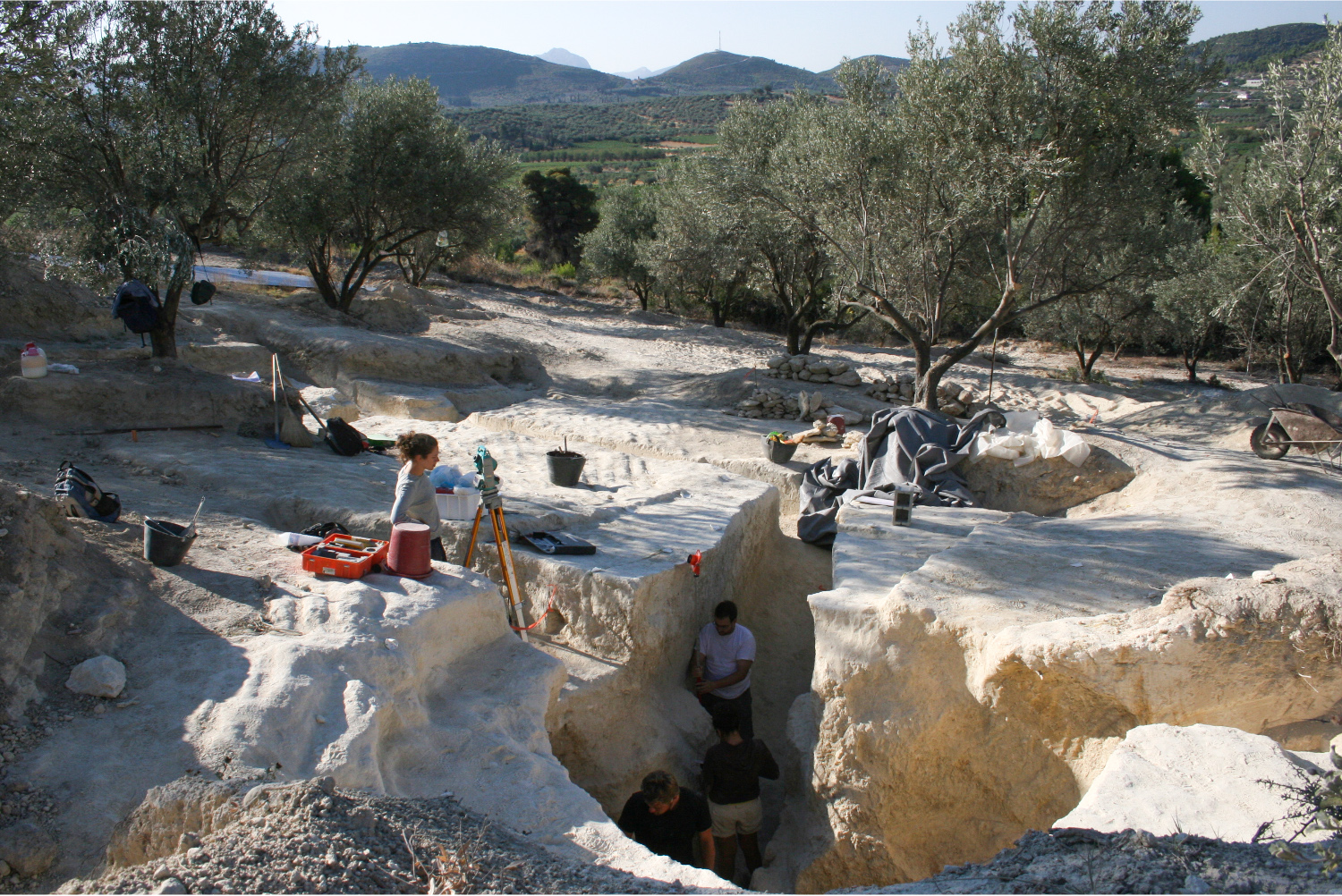 Angus Smith, Associate Professor in Brock's Department of Classics, led the nearly decade-long excavation of a Bronze Age cemetery in Greece’s Nemea Valley. His final book on the project has won the prestigious Anna Marguerite McCann Award for Fieldwork Reports from the Archaeological Institute of America.

A Brock project nearly two decades in the making and focused on tombs constructed by Bronze Age Myceneans in ancient Greece has earned international recognition.

Angus Smith, Associate Professor in Brock’s Department of Classics, led the archaeology project, which in 2017 had its findings published in a now award-winning volume, Ayia Sotira: A Mycenaean Chamber Tomb Cemetery in the Nemea Valley, Greece. 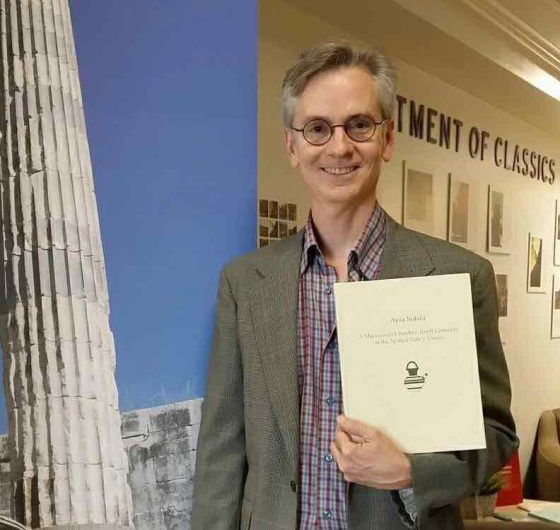 The publication, which tells the stories of six tombs constructed in Nemea Valley in the 13th and 14th centuries BCE, recently won the Anna Marguerite McCann Award for Fieldwork Reports from the Archaeological Institute of America. The award recognizes an outstanding field report published in the past four years.

“The Ayia Sotira Excavation team and I feel very honoured to have received this award,” says Smith. “It’s a testament to the hard work and dedication of everyone involved.”

Preparations for the project began as early as 2002, he says, when illegal digging was found to be occurring in an olive grove near the chapel of Ayia Sotira (Holy Saviour), from which the cemetery gets its name.

“Mounting an overseas project can be quite a challenge, since government permits need to be acquired and local regulations need to be understood and followed,” says Smith. “The logistics of travel, housing and feeding an international crew of students and scholars, as well as the hiring and paying local labour, add to the challenge of the actual excavation itself.

“As an excavation director, you’re just as likely to be visiting the local bank or tax office or scouring the local hardware store for more plastic bags as you are to be making decisions about where to dig next.”

Archaeological excavations took place in a series of six-week field seasons between 2006 and 2010. The project involved nearly 70 scholars and students, including a dozen co-authors and contributors to the final publication. The award-winning 300-page book, which includes 60 pages of tables and 50 pages of plates, was the result of the team’s detailed findings. 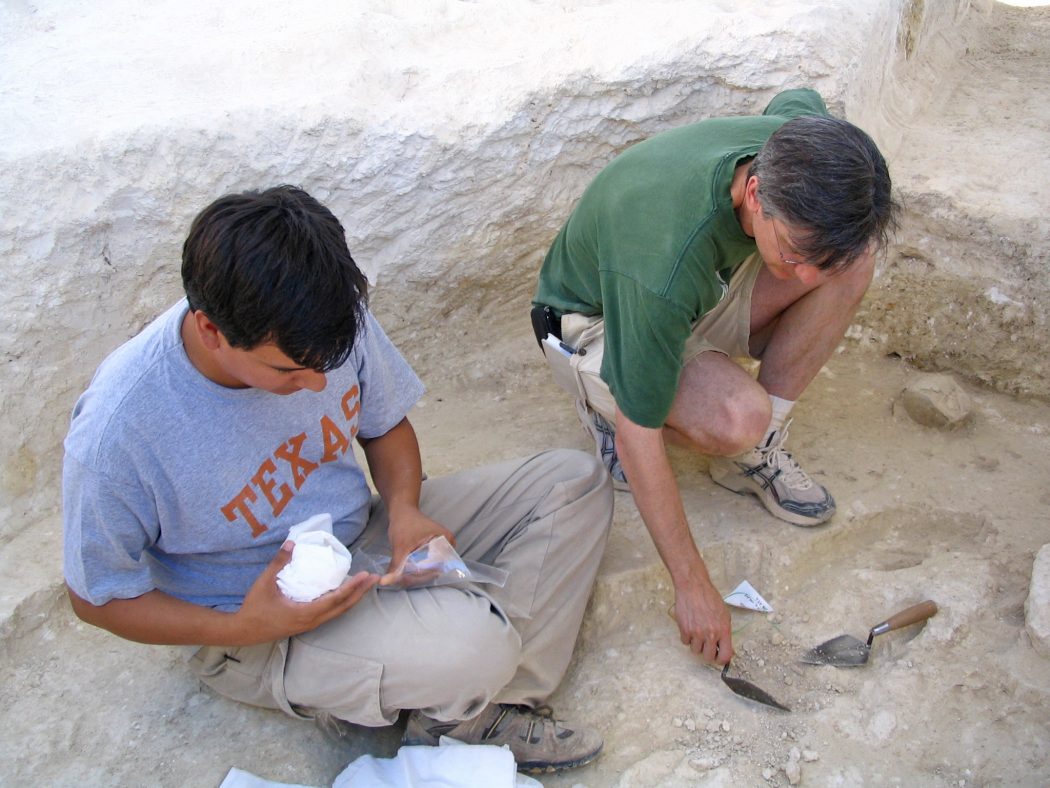 Angus Smith (right), Associate Professor in Brock’s Department of Classics, works with Dimitri Nakassis, then a student at University of Texas at Austin, to excavate a Bronze Age cemetery in Greece’s Nemea Valley. Smith’s book about the excavation, which involved about 70 scholars and students, has won the prestigious Anna Marguerite McCann Award for Fieldwork Reports from the Archaeological Institute of America.

Smith’s excavation team used an integrative archaeological approach to gain insight into the community of people who used the tombs. They used a combination of methods, including geophysical and surface survey, test trenches, careful excavation, analysis of plant remains including phytoliths, the study of shells, lithics and organic residue analysis.

The team successfully used new soil micromorphology techniques to better understand the complicated stratigraphy of the site and how the tombs were used over time.

“Through close stratigraphical analysis, we were able to better understand the episodic use-life of the tombs, which were opened and reopened for subsequent burials over the course of up to a century or more,” says Smith. “In addition, careful attention to stratigraphy allowed us to suggest that offerings were placed in the tombs at the end of their period of use.”

Smith found that for some of the community members, the re-use of the tombs was very important and at times burials were intentionally removed.

“Our bioarchaeological analysis was able to determine that during some secondary burials, certain bones were purposefully removed and possibly kept by the living community as mementos,” says Smith.

“Without all the support of these great institutions, as well as the excellent people involved in the project, this final publication could not have been realized.”