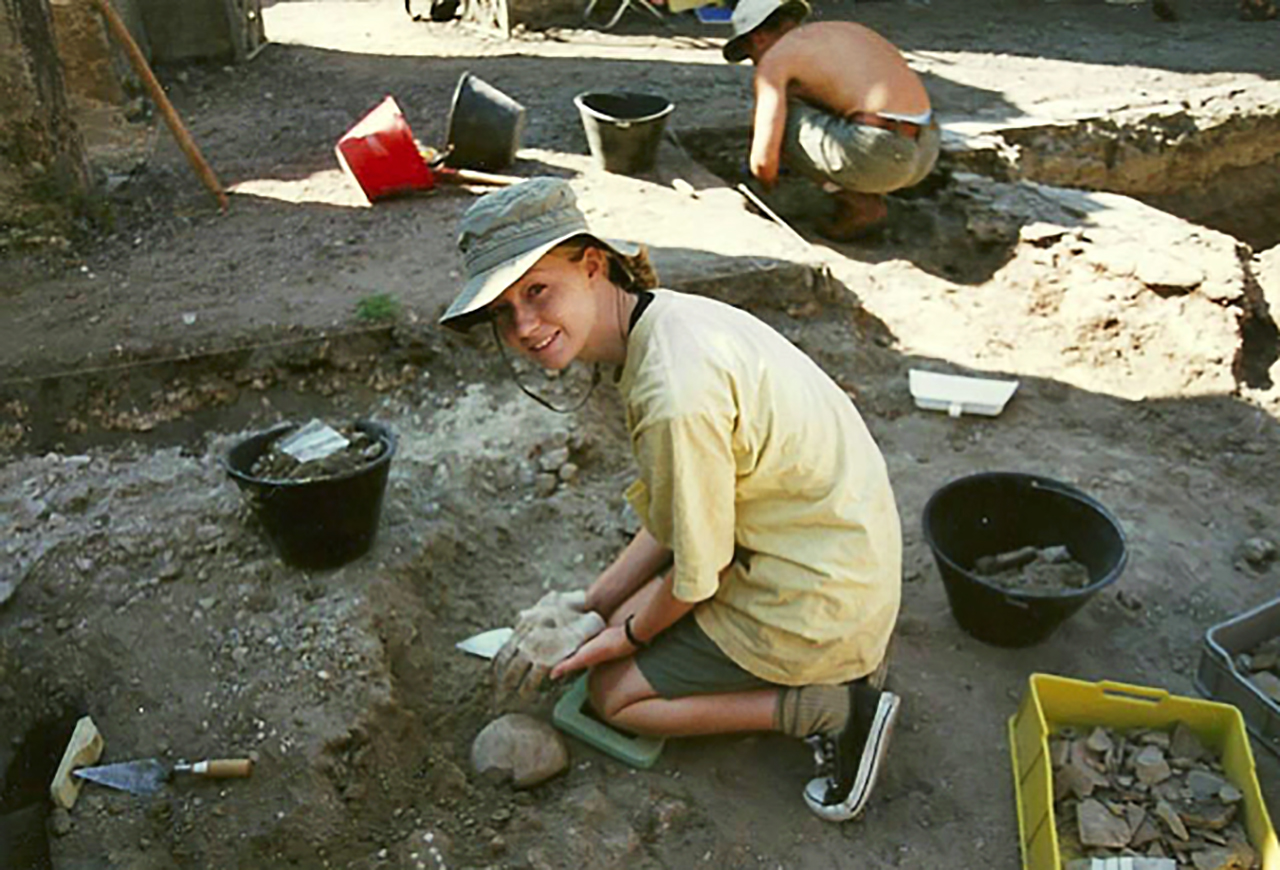 Carrie Murray, Associate Professor in Brock's Department of Classics, excavated in Pompeii for two summers during her undergraduate studies.

From a young age, Carrie Murray aspired to not only take the road less travelled, but also dig it up.

The Associate Professor in Brock University’s Department of Classics has always been filled with curiosity, a trait that has translated into a successful archaeology career.

“My parents will tell you that as a child, I was always full of wonder about the natural world,” Murray says. “I foraged for cicada exoskeletons, seashells and rocks with lines through them; you name it, I collected it.

“I loved finding things and learning about them.” 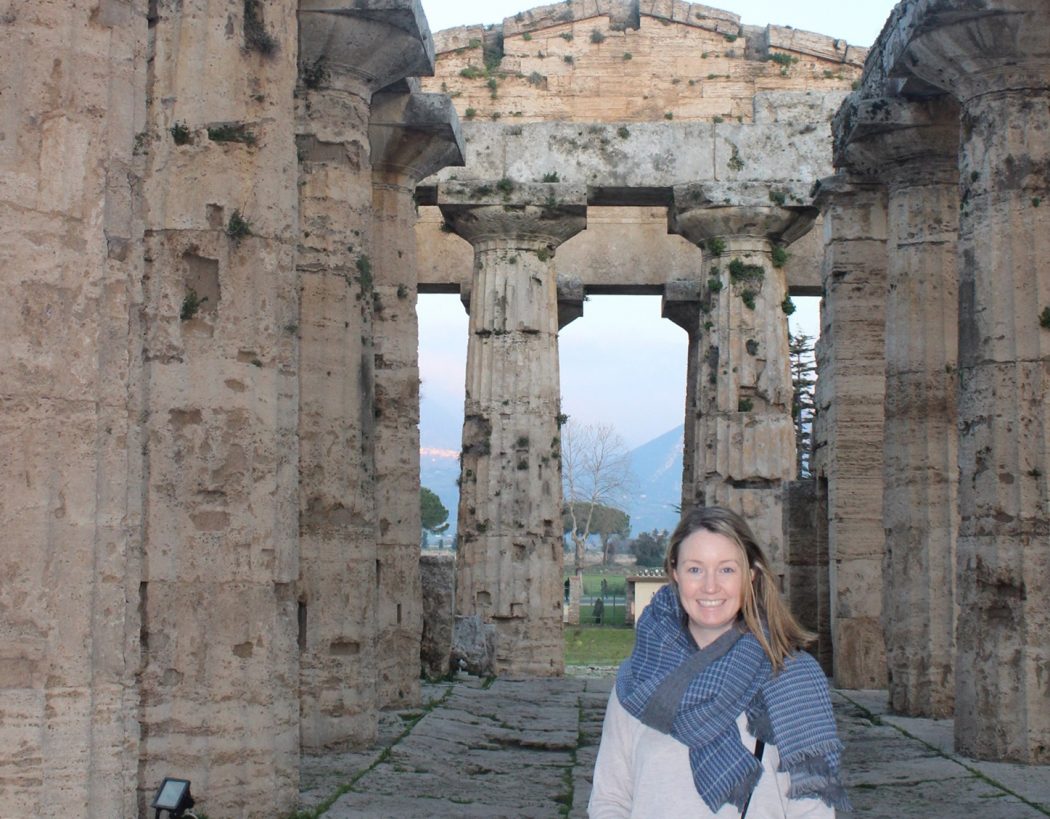 Carrie Murray, Associate Professor in Brock University’s Department of Classics, has spent time at several significant archaeological sites throughout her career, including the ancient Greek city of Paestum.

While her career goals as a youngster growing up near San Francisco also included becoming an astronaut or veterinarian, archaeologist was near the top of her dream job list from her grade school days.

Her first brush with archaeology came when she read Louis Untermeyer’s “The Dog of Pompeii,” a short story about a loyal dog who perished while saving his owner.

“I remember being shocked by the idea of a dog dying in a volcanic eruption and then being found by archaeologists,” she says. “It feels a little existential to wonder what I would have thought as a little girl if I had been told that I would excavate in Pompeii for two summers while studying to become an archaeologist.”

Murray, who worked to unearth relics in the famous ancient city as an undergraduate student, now teaches a course on Pompeii at Brock.

When she decided to major in Anthropology and Archaeology in college, many of her high school teachers were “dismissive of the idea,” she says. “I suppose it’s because it is a relatively unusual path, but I think it would be valuable to be more encouraging of young people to think outside the normal box if they want to.”

Fortunately, Murray’s parents were in complete support of her unconventional ideas.

“My dad told me and my brother that we should find something we love and make a career out of it,” she recalls. “We both have. We are very lucky to have had that support from home.”

She hopes to provide that same motivation to students interested in pursuing Classics.

“As one of my mentors often said, ‘Classics is everything,’” Murray says. Whatever intrigues you about life — art, gender, language, literature, philosophy, politics, science or social organization — look to the ancient world for the things they got right and wrong so long ago. If you find something that inspires you from the ancient world, pursue it.

She urged students to reach out to faculty in the Department of Classics, who are happy to speak about career planning. 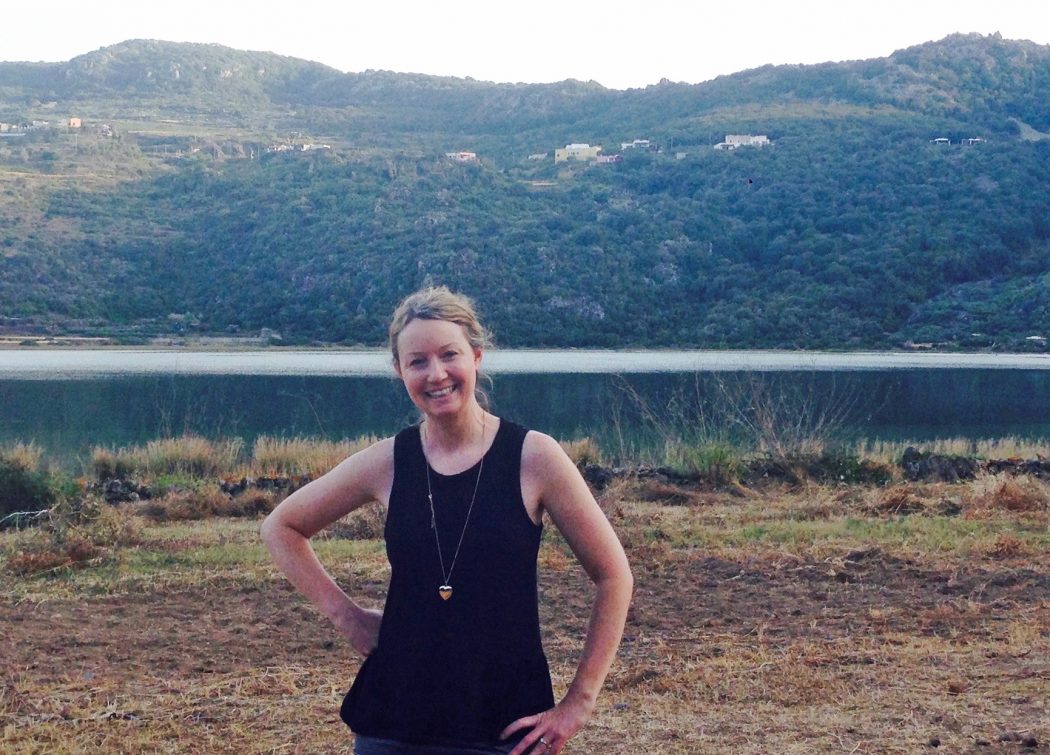 “We have all been there,” Murray says, adding she’s seen Classics act as a “springboard” for professional careers in many different fields.

As for her own research, Murray has spent time investigating archaeological traces of religion in different places, periods and cultures. She looks at how places become sacred and how people create images of gods to be worshipped by many.

“I find these to be significant issues within cultures, and they become exponentially more complicated and interesting in contexts where people of different cultures interact,” she says.

For instance, Murray’s ongoing Pantelleria Project is an excavation of a Punic and Roman sanctuary on the edge of a volcanic crater lake called the Lago di Venere in Italy. The spot became known as a sacred site and was maintained as such by different cultures for nearly a millennium.

“Worshippers seem to have come from various parts of the Mediterranean, and from different cultures and languages, but they shared a common belief in the significance of this crystal blue, thermal lake,” she says.

Murray has been teaching at Brock for the past seven years and is currently working from Scotland, where her plan for a one-semester sabbatical at the University of St. Andrews was put on hold due to the COVID-19 pandemic.

“While I have not been able to carry out the research plans with the closure of the libraries or meet with colleagues, I have had an amazing time being with my husband, who teaches at the University of St. Andrews, and working on research in new ways,” she says.

During her time abroad, Murray has been working to create a connection between the Brock Cypriote Museum and the St. Andrews Bridges Collection of Cypriot antiquities.