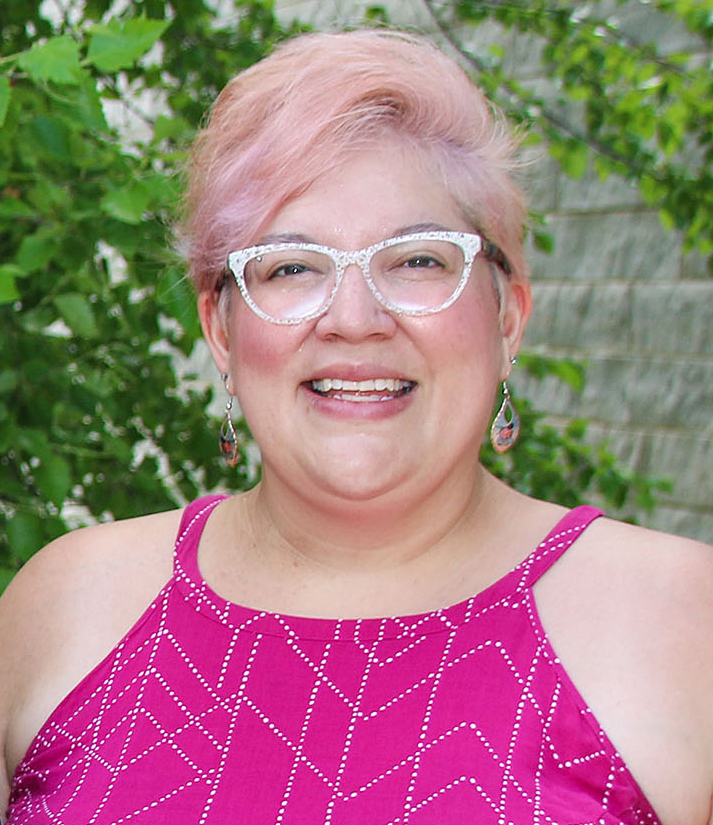 Robyn Bourgeois, Acting Vice Provost, Indigenous Engagement and Associate Professor in the Centre for Women’s and Gender Studies, will present virtually to the Royal Society of Canada about her Decolonial Reading Circle initiative on Tuesday, Nov. 24 at 11:30 a.m.

Bourgeois, also an Associate Professor in the Centre for Women’s and Gender Studies, was invited to take part in the panel by its moderator, Qajaq Robinson, who served as one of the Inquiry’s commissioners. Karine Duhamel, lead researcher for the Inquiry, will also present on the panel.

“I’m eager for people to see how powerful it can be to bring community together to read, discuss and think critically about social issues, especially decolonization,” she says. “People are really interested in learning more so they can do more to address oppression and violence in our communities.”

Bourgeois will speak about the Decolonial Reading Circle (DRC), which she is leading for the second consecutive year. The six-month long initiative for Brock and the wider community has participants read from and discuss the Inquiry’s final report. She is also hosting a second DRC this fall with Brock’s Centre for Pedagogical Innovation to explore other readings around decolonization. This group recently welcomed acclaimed author Alicia Elliott to a discussion of her book, A Mind Spread Out on the Ground.

During the Royal Society of Canada presentation, Bourgeois will also talk about how “the community-based research approach employed in the Inquiry offers a model for how to conduct good research with Indigenous communities.”

“It demonstrated the importance of having Indigenous Peoples centred throughout the process, including having input and control over what that process looked like,” says Bourgeois. “It privileged Indigenous ways of knowing and doing, including our ceremonies, systems of knowledge and knowledge carriers and was also organized around relationship-building and lots of listening — all fundamental strategies of conducting respectful and decolonizing research with Indigenous Peoples.”

In the classroom, Bourgeois says she and her students tackle the report by thinking practically and locally. For example, they collaborate in groups to select items from the 231 Calls to Action and then brainstorm possible ways the Brock community could make meaningful change around them.

Bourgeois also says the Inquiry has influenced her approach to her recent appointment as Acting Vice Provost, Indigenous Engagement.

“In the last month, I’ve often been asked about my plan and I’ve honestly answered ‘I don’t know yet’ because I saw my first step as needing to talk to Indigenous and non-Indigenous members of the Brock community, listen to what they were already doing and what they thought was important for decolonization at Brock,” says Bourgeois. “I also needed to take time to meet my colleagues and begin building respectful reciprocal relationships with them but also with community members.”

Having testified at the National Inquiry both as an expert and as a survivor, and as a researcher of Indigenous women’s involvement in state-sponsored anti-violence processes, Bourgeois says she is eager to hear what insights her co-panelists will share about the Inquiry process.

She’s also keen to “show possibilities for meaningfully engaging with the report.”

“I’m excited to share some of the great work around decolonization that we’re doing at Brock,” says Bourgeois. “The University has been a great supporter of my initiatives, including the DRC, and I really appreciate it.”

The panel is open to the public but requires paid registration. Those interested in attending virtually can sign up online through Eventbrite.