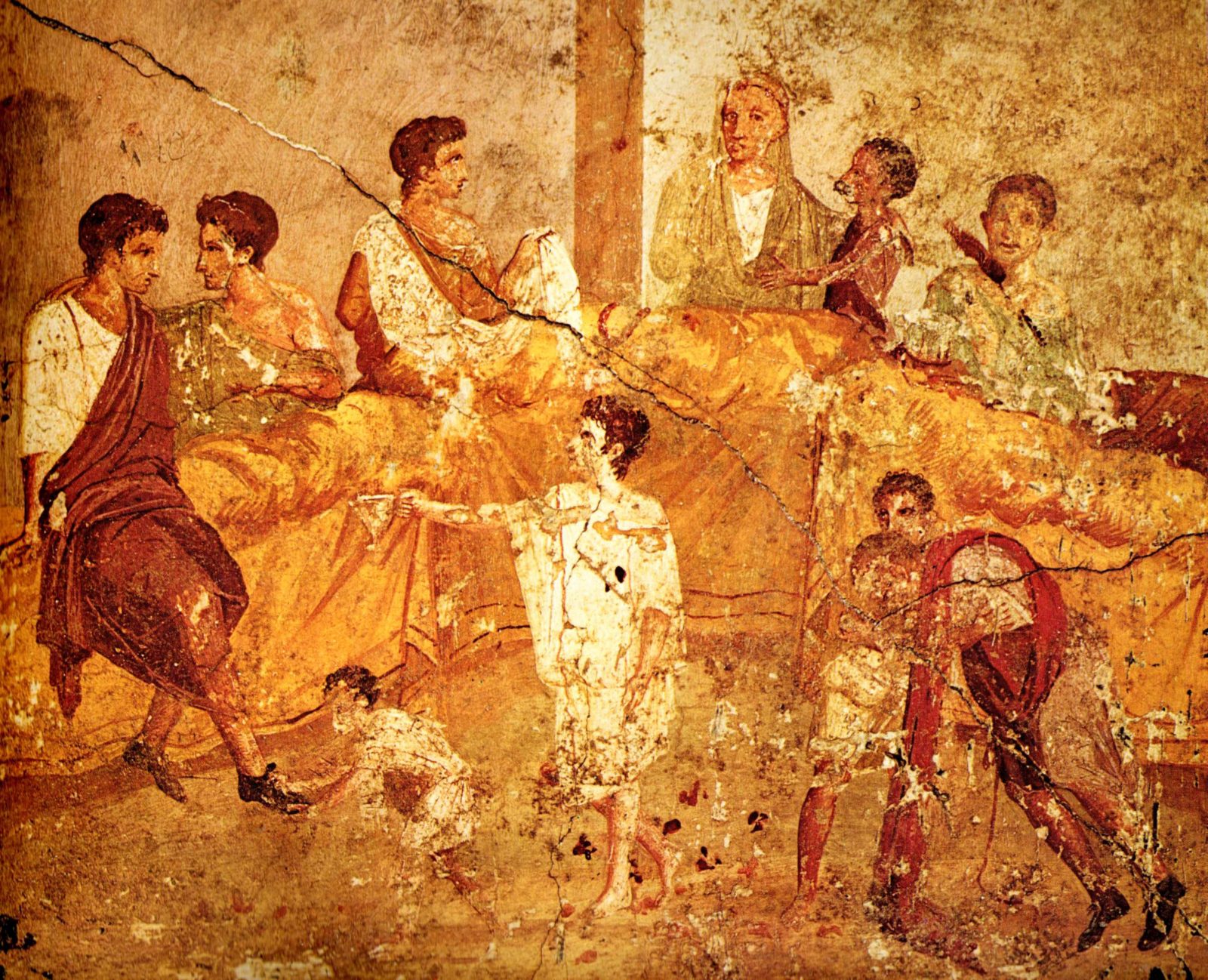 The midwinter Roman festival of Saturnalia was celebrated by banqueting with friends and family, similar to that shown in this first century AD wall painting from Pompeii. Feasting, games and gift-giving were popular activities in the ancient Roman celebration. While Classics staff, students and faculty aren’t able to gather in person to share food, they will still celebrate the holiday with fun and games online during their eighth annual Saturnalia party.

Classics students are bringing an ancient holiday into the 21st century with this year’s Saturnalia party.

The holiday event, a tradition in Brock’s Department of Classics since 2012, recognizes an ancient Roman festival held in honour of the god Saturn. Due to the ongoing COVID-19 pandemic, Saturnalia VIII will be held virtually.

“Usually, the Saturnalia party has been about celebrating the end of the fall semester by treating the students with food, games and prizes, and sneaking in some learning too,” says Carrie Murray, Associate Professor in the Department of Classics.

“This year, we can’t create that physical space, but we still want to mark the end of the semester and celebrate all the work everyone has accomplished. We hope this will be a good time where many of us can meet virtually and have a laugh. After all, we haven’t even had those normal moments of chatting in the hallways and common rooms.”

Held in ancient times on Dec. 17, Saturnalia involved banqueting, gift-giving, games and general merry-making as well as public religious observances. The festival could last up to a week and bore similarities to later mid-winter festivals, including Christmas and New Year.

“I think if the Romans could have magically had a virtual Saturnalia, it might have suited some in Rome who apparently hated the chaos out on the streets during the festival, and of course, it would be pretty amazing to chat with your relatives across the Empire, just like we are so lucky to be doing,” says Murray. “Most would probably be disappointed not to exchange presents in person. Some things haven’t changed.”

While students, staff and faculty won’t be feasting together, there will still be lots of fun and games. Participants are encouraged to wear their ugliest holiday sweaters, create the funniest Classics meme and participate in games for prizes.

More information is available on ExperienceBU and those wishing to attend should register in advance. The event will take place at 5 p.m. on Wednesday, Dec. 2 via Microsoft Teams.