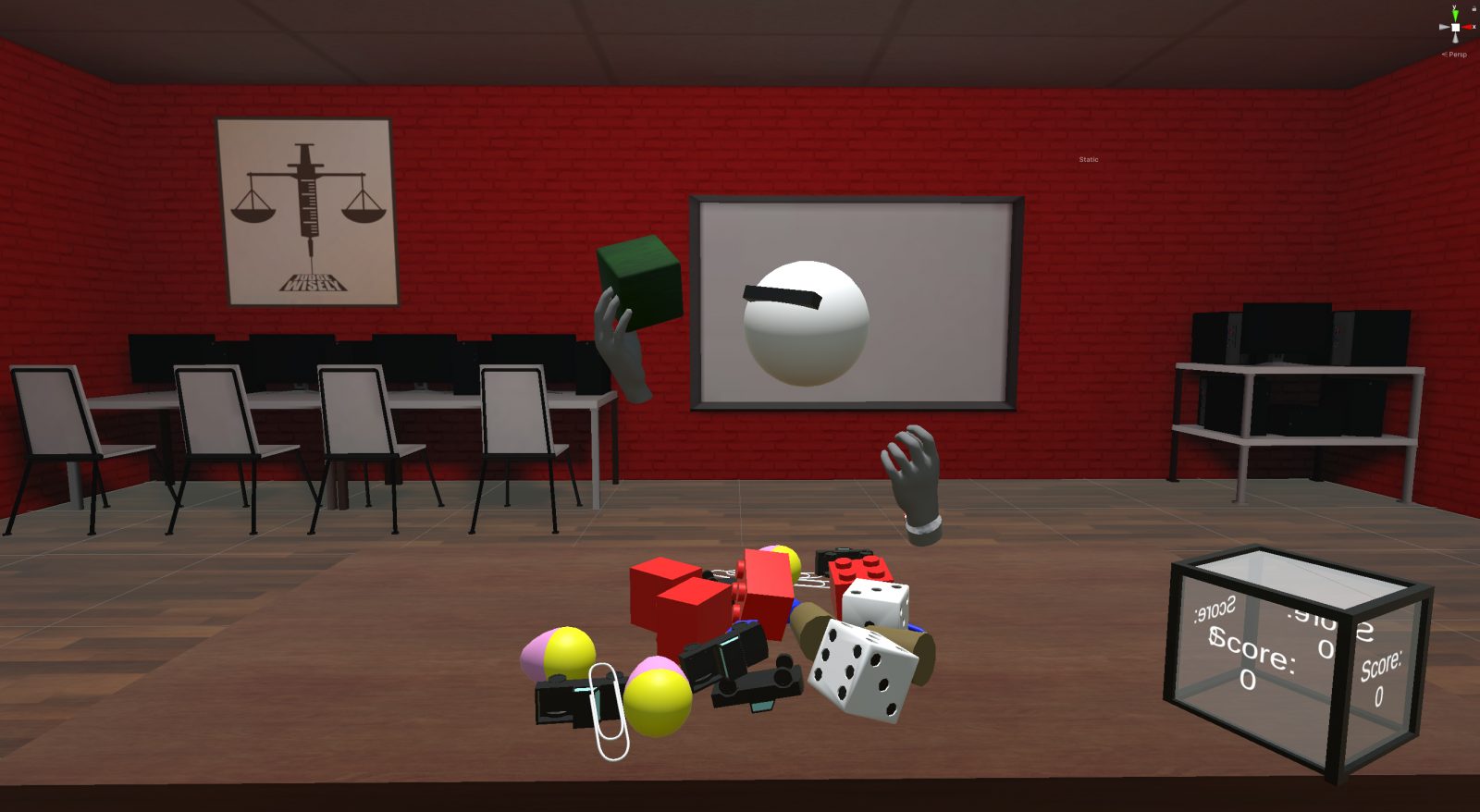 A screenshot shows how a user interacts with objects in a new behaviour analysis virtual reality program, which uses the latest VR hand-tracking technology from Oculus to allow teachers and clients to interact virtually.

When the world shifted earlier this year and many classes moved online, a professor in Brock’s Applied Disability Studies looked to find a unique angle for student learning.

A joint partnership, including a current student and a Brock alumnus, was created that will now see students enhance their behaviour analysis skills by working in a virtual reality (VR) space.

“Our students are missing out on experiential opportunities because of COVID-19,” says Luke, “and the requirements for their credentials include a certain number of contact hours with clients.”

Luke turned to the idea of virtual reality as a way to bring together clients, therapists and behaviour analysts in a safe way.

“I wanted a client to be able to join a therapist in a virtual space,” she says. “Hand tracking allows the therapist to teach with objects by encouraging the matching of two items or offering other instructions. We’re hoping to use it in combination with virtual classes to train behaviour analysts.”

The latest Oculus Quest hand-tracking technology allows users to engage with virtual objects without having to use a controller, making the experience much more immersive and intuitive, says Hayko.

While he had some VR experience going into the project internship, there was still a lot for him to learn.

“Our third-year GAME project last year was in VR, so that helped a bit in knowing what works for users and what the general dos and don’ts of VR are to allow players to stay immersed in the world,” says Hayko. “There was a lot of learning I had to do to work with the Oculus Quest, including getting used to industry standard code, and reading and modifying it in order to get the hand tracking to work seamlessly.”

Funded by a Brock Research Internship Program Award, the project involved working with API code from Facebook, Oculus’ parent company, to move the software from a single-player to a networked multi-player setup.

The business has taken on Brock interns in the past, including three who have gone on to obtain full-time employment with the company.

“It’s hugely beneficial to us as a company to work with Brock students,” says Sitler. “It’s great to be able to give back to the Brock community. It benefits the local community in general and it’s great to see that impact.”