Hilary Pearson to be installed Friday as Brock’s ninth Chancellor 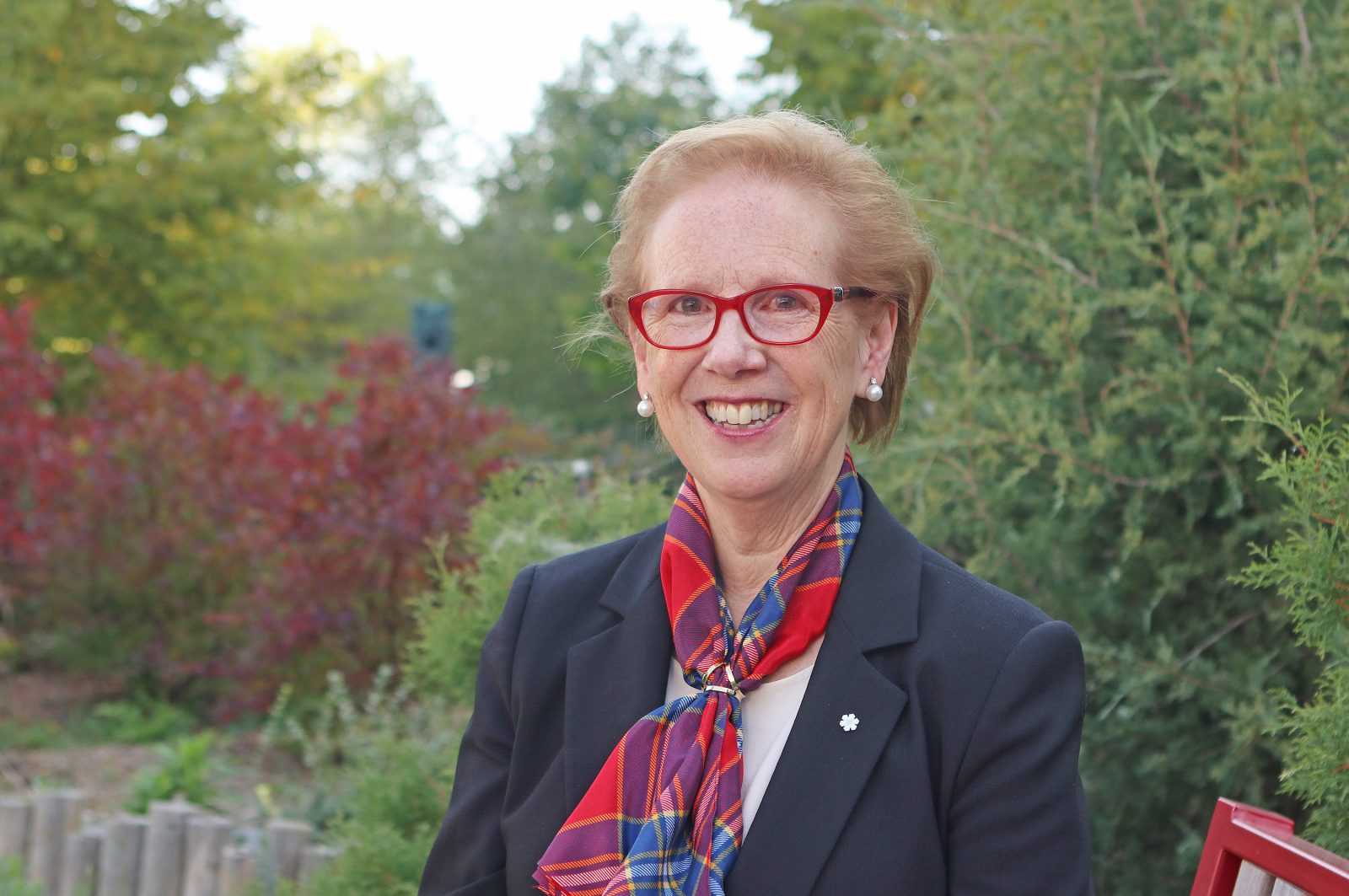 There’s no question 2020 has been a challenging year for all, but incoming Chancellor Hilary Pearson says the year of COVID-19 can also be looked at as an opportunity.

Pearson will be installed as Brock University’s ninth Chancellor on Friday, Oct. 16 during Virtual Fall Convocation. She will continue the work that had been done by outgoing Chancellor Shirley Cheechoo, who has played an important role in Brock’s development since being installed in the role five years ago.

Brock President Gervan Fearon invited Pearson, known as a recognized Canadian leader in philanthropy and community engagement, to serve a three-year term as Chancellor after her nomination was unanimously endorsed by Brock’s Senate.

It’s an opportunity she was honoured to accept.

“It was a wonderful surprise when President Fearon called me, but I was immediately intrigued because I believe in the crucial importance of universities in our society,   more so now than ever,” she said. “What students are facing, what we’re all facing are huge challenges that I think a university is essentially important in helping us face.”

She said post-secondary institutions play a key role in training and supporting students, connecting them to others and helping them understand their role in society.

“At times like these, students need to know that everything is possible. They shouldn’t feel in any way defeated by what seems to be challenges no one has ever confronted,” said Pearson. “We have faced challenges like these before, but what graduating students have now is the opportunity through technology and the digital connections they have, and the entrepreneurial energy they have, to really make a difference in trying to solve these problems.”

Pearson’s versatile career achievements range from serving in senior policy roles in the federal government, to advising some of Quebec’s largest corporations, to forging a new platform for Canadian philanthropy — a role that led her to receive the Order of Canada.

It’s through that perspective that Pearson looks forward to also working alongside Brock’s faculty and staff.

“The University, like many post-secondary institutions, is facing unprecedented challenges,” she said. “I’m optimistic because the pandemic is teaching us there are different ways of working together and that’s very helpful.

“Economically, we’re going to be facing some tough times, but Brock is there not only to help give young people the experience they need while at university, but also to continue connecting with them and mentoring them as they go forward.

Pearson says 2020 has the potential to be a turning point in post-secondary education, as long as leaders are willing to take risks and rethink how things are done.

“I hope universities in Ontario and across Canada take a moment to think again about their model and how they can collaborate,” she said. “What I’ve learned in philanthropy and other sectors is if you don’t collaborate, you won’t get as far as you could go.”

She said the old way of doing things — where colleges and universities compete for the same students, might not be the way forward.

“If you’re just out there competing for students, competing for money and it’s a zero-sum game where if you win the other institution loses, that’s not going to work anymore,” she said. “Universities have the opportunity to work with each other and other educational institutions.

“It takes leadership and fearlessness, and this is the time to do it.