FACULTY FOCUS: Michael Holmes on the quest to make work a safer place 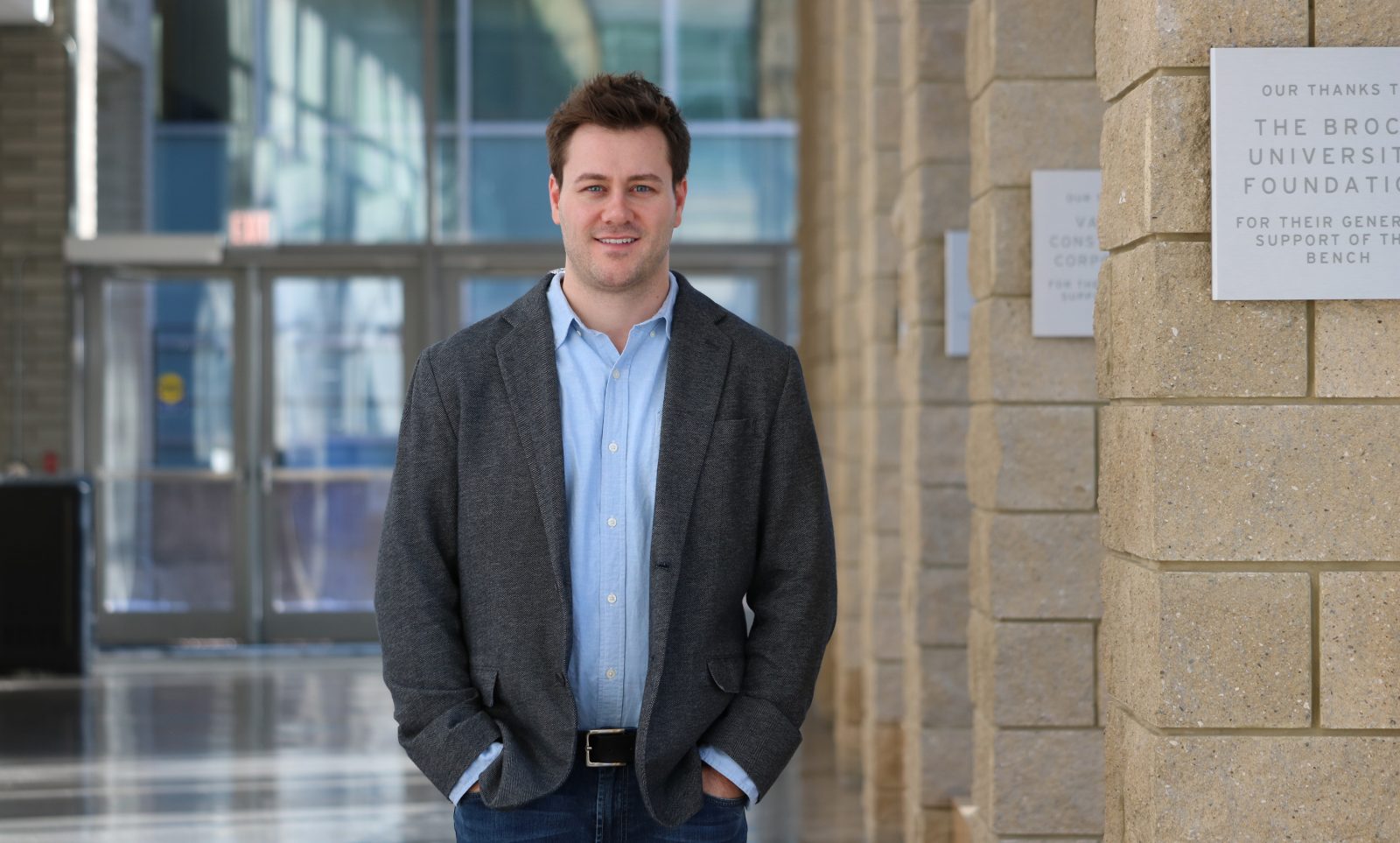 Like many people who pursue kinesiology, Michael Holmes has a passion for health, fitness and personal wellness. It was his genes, he says lightheartedly, that steered him in the direction that today sees him impacting the area of ergonomics and workplace safety.

“I didn’t win the genetics lottery at all,” jokes Holmes. “I realized early on that I was a better student and coach than I was an athlete. I found it fascinating that athletes could get better and stay healthy by training and improving mechanics — not just relying on genetics.”

Holmes, Associate Professor of Kinesiology at Brock University and Canada Research Chair (CRC) in Neuromuscular Mechanics and Ergonomics, always had a knack for math and physics. He considered becoming an engineer until he took a biomechanics course in his third year at Memorial University of Newfoundland (MUN).

“I realized I could marry all the stuff I liked about kinesiology with engineering,” he says. “Biomechanics is essentially applying math and physics principles to human movement. It all came together for me. I liked everything about it.”

During his master’s degree, which he also pursued in his home province at MUN, the opportunity to conduct research and work more independently and hands-on made him even more enthusiastic. Wanting to continue his love of research, he left Newfoundland to pursue his PhD in Ontario, which he has since called home.

Holmes’ passion for athletics began with hockey as a child and continues with racquet sports today, though his work has transitioned to focus on ergonomics and workplace health.

“Not everyone plays sports for a living,” says Holmes. “Many people have physically stressful and demanding manual labour jobs. If you get injured at work or are not feeling good at the end of the day, that means you may not be able to play with your kids or exercise. There’s a whole cascading of events that happens because of workplace injuries.”

On-the-job injuries are a top reason why people miss work and are costly to Canada’s health-care system. By focusing his research on workplace injury and prevention, Holmes has been able to have a greater impact on a wide variety of people.

One of the best parts of Holmes’ job is working in the lab with graduate students.

“My success and the lab’s success wouldn’t be possible without them,” he says. “Part of my role and responsibility is to try and give them an experience that will allow them to get to wherever they want to go next.

“Every academic who has an active research program should understand that grad students are the ones doing all the hard work each day in the lab. I’m incredibly lucky to have such a great group of students who inspire me.”

In his third- and fourth-year Ergonomics course, Holmes uses a hands-on, evidence-based and discussion-versus-lecture approach to his teaching.

“The good thing about kinesiology, and in particular biomechanics and ergonomics, is that it lends itself well to practical examples,” he says. “In class, I try to come up with examples that students will have some sort of personal connection to.”

Holmes says his time at Brock and as a CRC have allowed him to pursue research and opportunities he wouldn’t have had elsewhere.

“Other countries around the world have tried to model the success of the CRC program, and I consider myself lucky to be part of it,” he says. “Academia is a funny thing: we all have lots of ideas and research goals, but funding has been increasingly hard to get. Brock changed that for me.”

He adds that while so many researchers are talented at what they do, he emphasizes his belief in luck — and being in the right place at the right time — as important elements.

“I have so many colleagues and friends who do similar work and are just as deserving of a CRC as I am,” says Holmes. “I certainly don’t take being a CRC lightly.

“At the end of the day, my lab is supported by federal funding, and if I can explain to my neighbour that their taxpayer dollars are being well spent because we’re making the workplace safer, then I think we have succeeded. Hopefully we’re making a small impact and difference along the way so people can stay healthy at work and do all of the other important things in their life.”