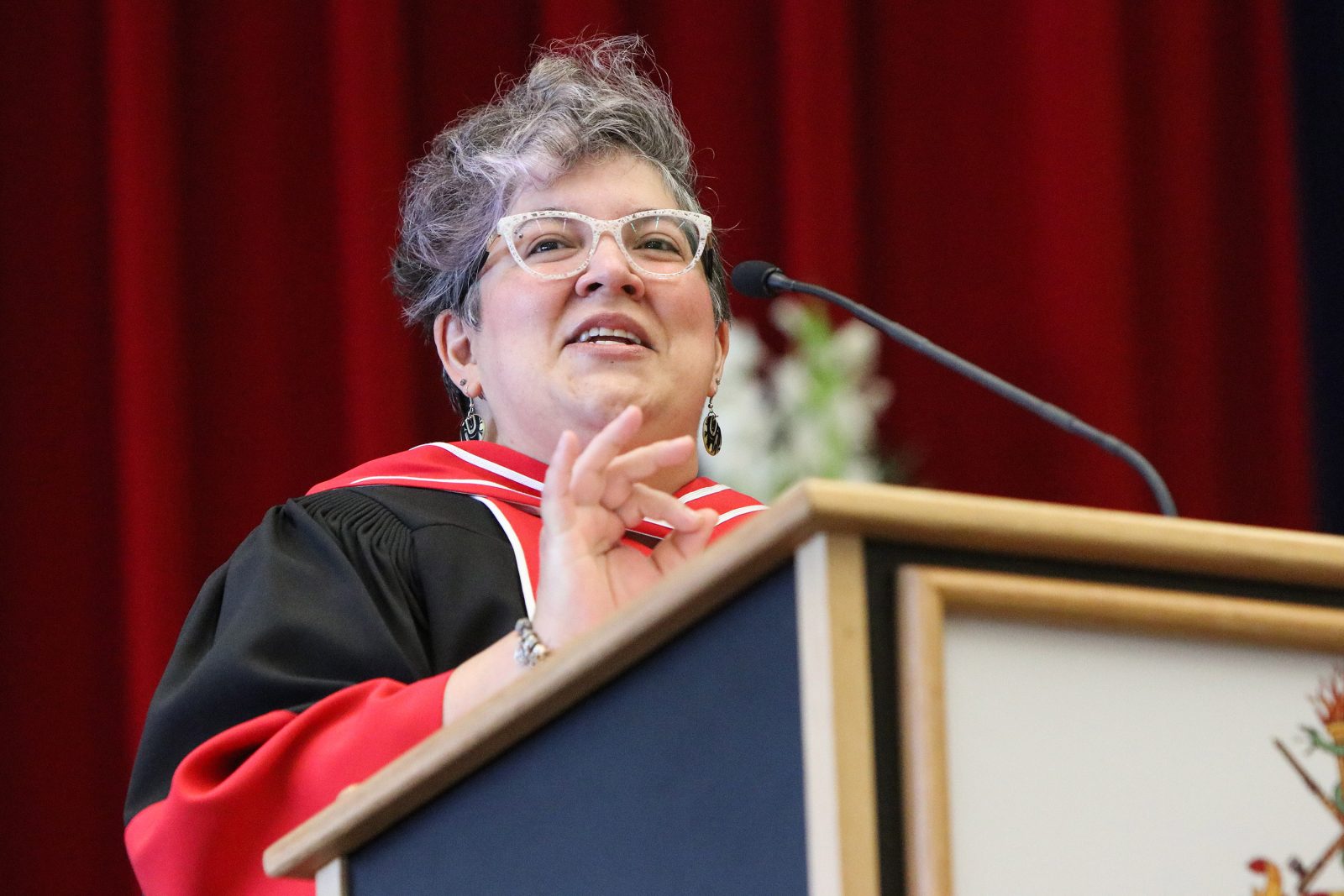 Bourgeois: "An accomplished academic with a track record of community engagement and commitment to the work of reconciliation and decolonization."

Brock University announced Wednesday, Oct. 21 that Robyn Bourgeois, an Associate Professor from the Faculty of Social Sciences, has accepted the role of Acting Vice-Provost, Indigenous Engagement. The appointment takes effect immediately and is to remain in place until Aug. 31, 2022.

Bourgeois teaches in the Centre for Women’s and Gender Studies, and her research focuses on Indigenous feminisms, violence against Indigenous women and girls, and Indigenous women’s political activism and leadership.

The appointment was announced by Lynn Wells, Provost and Vice-President, Academic, who called Bourgeois an accomplished academic with a track record of community engagement and commitment to the work of reconciliation and decolonization.

“I look forward to working closely with Professor Bourgeois as she provides interim leadership for Indigenous initiatives at Brock, including the development of new programs and the recruitment of Indigenous faculty and staff colleagues,” said Wells.

A mixed race Cree woman who is originally from the Syilx and Splats’in territories of British Columbia, Bourgeois’ recent accomplishments at Brock include receiving the 2019 Chancellor’s Chair for Teaching Excellence, the Faculty of Social Sciences Award for Excellence in Teaching and the Accessibility and Inclusion Recognition Award.