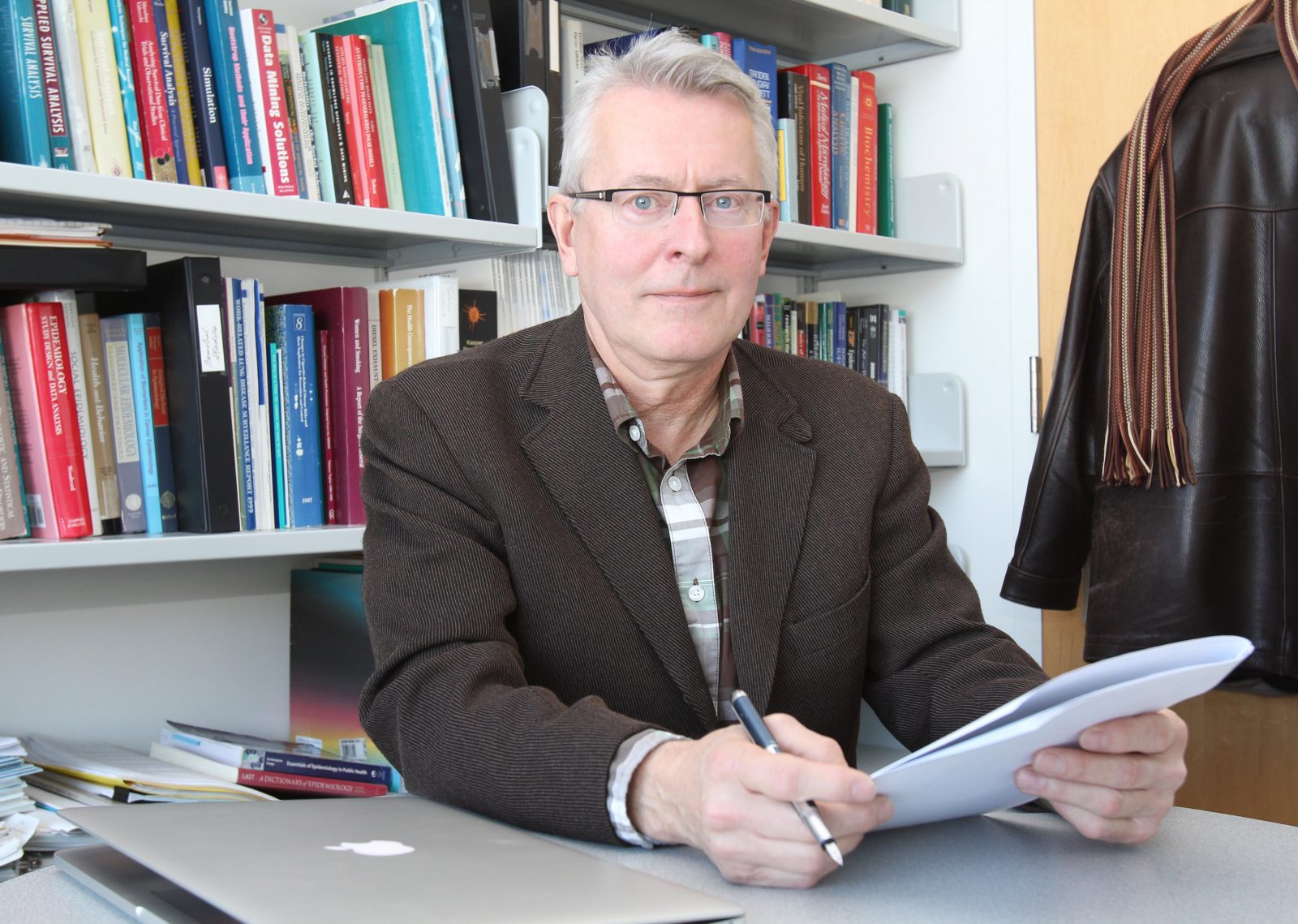 The answer to reducing racial disparities in the occurrence of lung cancer could be found in a Canadian prediction model.

A Brock University-designed lung cancer prediction model has been found to be more effective at identifying African-Americans who should be screened for lung cancer than what is currently available in the American health-care system.

The data is considered more comprehensive because his model uses a greater number and broader criteria than the American system to determine who is eligible for lung cancer screening.

“For a long time, it has been observed that African-Americans, in particular men, have elevated incidence of and mortality from lung cancer compared to white people and other racial or ethnic groups,” says Tammemägi, who is one of the study’s authors.

CT lung cancer screening detects earlier stages of cancer, which are often cured by surgery. Without screening, most lung cancers are detected at an advanced stage, with most cases being fatal.

To determine their eligibility for CT scanning, individuals are assessed according to a number of criteria. In the USPSTF and CMS models, people can receive CT scanning if they have smoked for 30 or more ‘pack-years,’ have quit within the last 15 years if they are former smokers, and if they are 55 to 80 years old in the USPSTF model or 55 to 77 years in the CMS model.

A pack-year is smoking one package a day for one year or its equivalent, for example, smoking a half-pack a day for two years.

“In general, the USPSTF criteria is simplistic and narrow,” says Tammemägi.

In contrast, Tammemägi’s model, dubbed PLCOm2012, uses 11 factors including the number of cigarettes smoked per day, the number of years of smoking, race/ethnicity, age, highest level of education obtained, family history of lung cancer, body mass index, among others — along with mathematical equations to predict the risk of an individual getting lung cancer.

Tammemägi says his model can identify African-Americans at a higher rate because the criteria are wide and numerous enough to capture their typical smoking behaviours.

The study notes that African-American individuals are more likely to start smoking at a later age, smoke fewer cigarettes per day, have a longer duration of smoking, and are less likely to quit than their racial and ethnic counterparts.

“Use of an accurate lung cancer risk prediction model, which accounts for the independent elevated risk in African-American individuals, can help overcome this disparity in lung cancer screening,” says the study.

The research team, led by nurse practitioner Mary M. Pasquinelli at the University of Illinois at Chicago, calls for the USPSTF and CMS to modify their eligibility criteria so that more African-Americans can be screened with the goal of identifying those with the disease at an early stage.

Canadian jurisdictions are slowly adapting a modified version — called the PLCO2012noRace model — of Tammemägi’s original model. For instance, Tammemägi is the Scientific Lead on a Cancer Care Ontario lung cancer screening pilot, which is now transitioning towards a province-wide program.

Tammemägi says there is no evidence of a risk disparity with African-Canadians, “however, there may be a similar issue with our Indigenous population.”

He is currently conducting research, funded by the Canadian Institutes of Health Research, looking at cancer screening in Ontario among First Nations and Métis peoples.