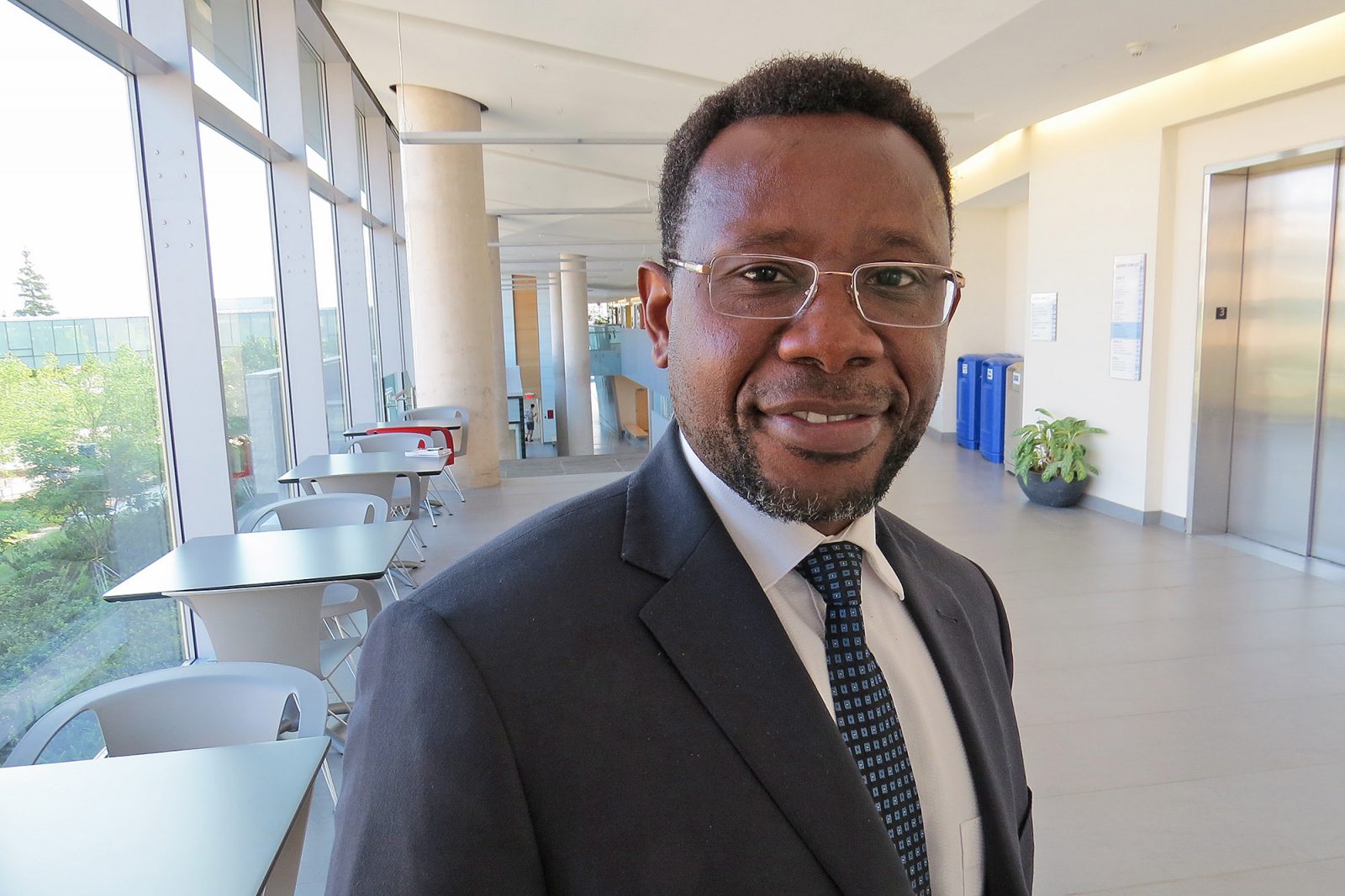 Charles Conteh, Associate Professor of Political Science at Brock University and Director of Brock's Niagara Community Observatory and his research team have been awarded funding from Ontario’s Ministry of Agriculture, Food and Rural Affairs.

In Charles Conteh’s vision of Niagara, the region’s agriculture industry has launched into the world of automation and robotics technology, taking an already flourishing sector to new heights.

Niagara — and all of Ontario — has the potential to be an agricultural powerhouse, says the Associate Professor of Political Science at Brock University and Director of the Niagara Community Observatory (NCO). But barriers and constraints may slow down or impede the adoption of advanced technologies that would make it so.

Ontario’s Ministry of Agriculture, Food and Rural Affairs (OMAFRA) is interested in learning more about these barriers as well as the potential for automation to pave the way for globally competitive production systems to be created in Ontario’s agri-food sector.

It has awarded Conteh and his team $143,748 for research into this area.

“It’s not just agri-food businesses — it’s about the economy, job creation, improving the level of welfare of all of Ontario’s citizens ultimately,” says Conteh.

Under the direction of the NCO, the three-year project will consist of four phases.

In the first phase, the Brock team will survey select agri-food research centres, laboratories and businesses from across southern Ontario, with the goal of learning more about the barriers and drivers of automation and robotics technology, the reasons for adoption of these technologies, how barriers have been overcome and what steps could be taken to increase innovation in the sector.

The second phase will focus on Niagara’s agri-food sector as a case study through in-depth interviews with a sample of agri-food businesses across the sector’s value chain along with research centres, laboratories and other public and non-profit supporting organizations.

The third phase involves the team conducting field research at the Protein Industries Supercluster based in Regina and at the Next Generation Manufacturing Supercluster in Hamilton. These two ‘superclusters’ are national centres of excellence in the agri-food and manufacturing sectors that the federal government created in 2018.

Lastly, the team will host six focus group discussions with various stakeholders in Niagara’s agri-food sector. The aim of the discussions will be to come up with solutions to challenges arising out of the earlier research.

“Our project is all about building a platform for generating, disseminating and mobilizing knowledge to support economic and social well-being in Niagara,” says Conteh, adding that the team will be working with a range of Brock and external partners such as the Brock LINC, Brock’s Advanced Biomanufacturing facility, Niagara Region, the Niagara Federation of Agriculture, Vineland Research and Innovation Centre, Niagara Workforce Planning Board, Niagara College, Innovate Niagara, Spark Niagara, and others.

The NCO has a longstanding interest in the automation of the agriculture sector, producing a research brief in 2019 titled “Niagara’s Agribusiness Sector: Towards a More Resilient Innovation Cluster.”

“We have pockets of excellence; however, there is a massive gap in a centralized platform that could bring together these different competencies and leverage all that knowledge that’s been generated to support industry in the agri-food sector,” says Conteh.

A 2018 Niagara Regional Economic Development report indicates that Niagara’s agri-foods sector had reported farmgate sales in the Greater Golden Horseshoe of $2 billion in 2016, with 43 per cent of that coming from Niagara.