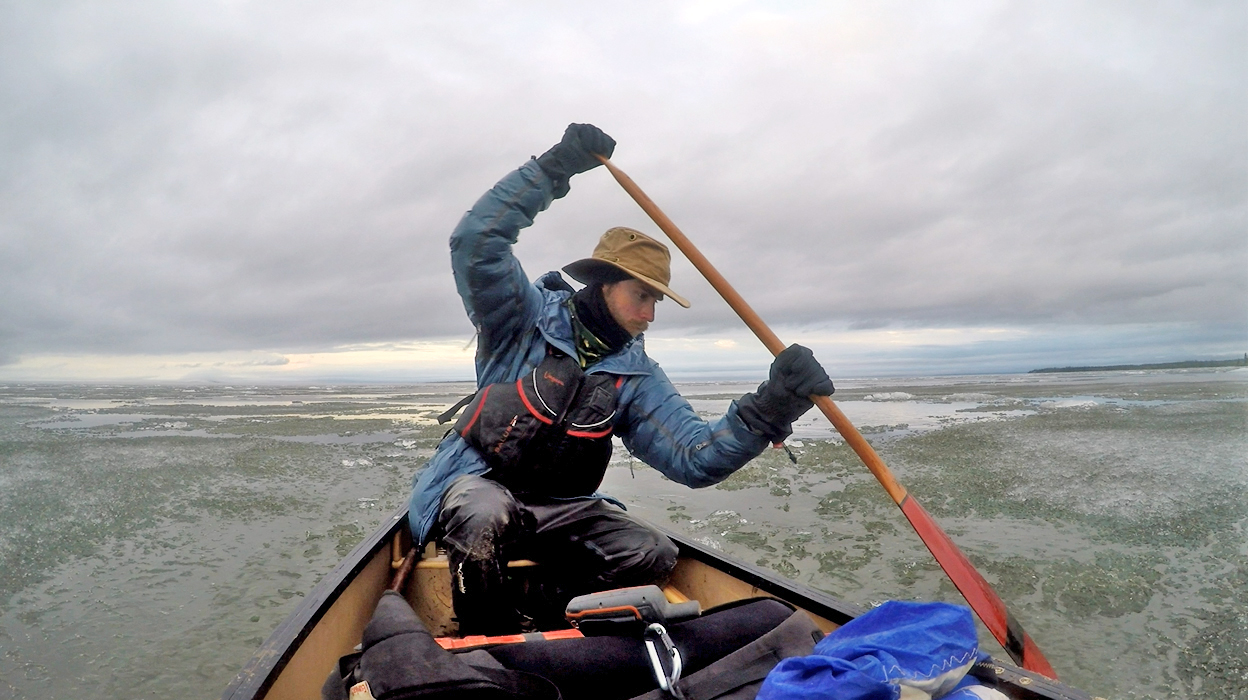 Since crossing Brock University’s convocation stage to receive his degree in History, Adam Shoalts has gone on to traverse the tundra, muskeg, mountains and rivers of Canada’s north multiple times.

Considered one of Canada’s greatest modern explorers, Shoalts (BA ’09) is the recipient of this year’s Faculty of Humanities Distinguished Graduate Award.

After graduating from the University, Shoalts went on to pursue his master’s and PhD at McMaster University. He has published three national best-selling books and makes regular appearances in international media, including the CBC, CNN, BBC and The Guardian.

“Adam Shoalts is an excellent example of the results of a Brock Humanities education,” says Carol Merriam, Dean of the Faculty of Humanities. “He has taken what he learned here and gone out to expand our knowledge of the world, and to share that knowledge with others. He has gained recognition for good writing, thorough research, and thoughtful interpretation — and in the years when his books come out, gift shopping is made much, much easier.”

Shoalts has explored and mapped several Arctic rivers. He went to the Arctic in 2014 with championship lacrosse player Travis Hill to be the first known expedition to canoe a nameless river on Victoria Island in Nunavut, more than 500 kilometres above the Arctic Circle. In 2015, he mapped a little-known tributary to the Brant River in the vast subarctic swamp of the Hudson Bay Lowlands.

His 2017 solo expedition across Canada’s Arctic to mark 150 years of Canadian Confederation took him on 4,000 kilometre, five-month journey by foot and canoe through mountains and forests, up rivers, down waterways and across tundra as he travelled west to east across the Arctic.

Shoalts has chronicled his adventurers in two best-selling books, Alone Against the North (Penguin, 2016) and Beyond the Trees: A Journey Alone Across Canada’s Arctic (Penguin, 2020).

His book A History of Canada in Ten Maps (Penguin 2018) envisions Canada through the eyes of European explorers, telling the stories of those who made the maps and how they used them for their own ends.

Shoalts has been recognized for his work by a number of local and national organizations. In 2016, he was named a National Champion of the Trans-Canada Trail, and A History of Canada in 10 Maps was long-listed for the RBC Taylor prize. In 2018, he was presented with an environmental award from the Niagara Region for his work on local watersheds. Also that year, Shoalts was named Explorer-in-Residence of the Royal Canadian Geographic Society. His work has been translated into numerous languages worldwide.