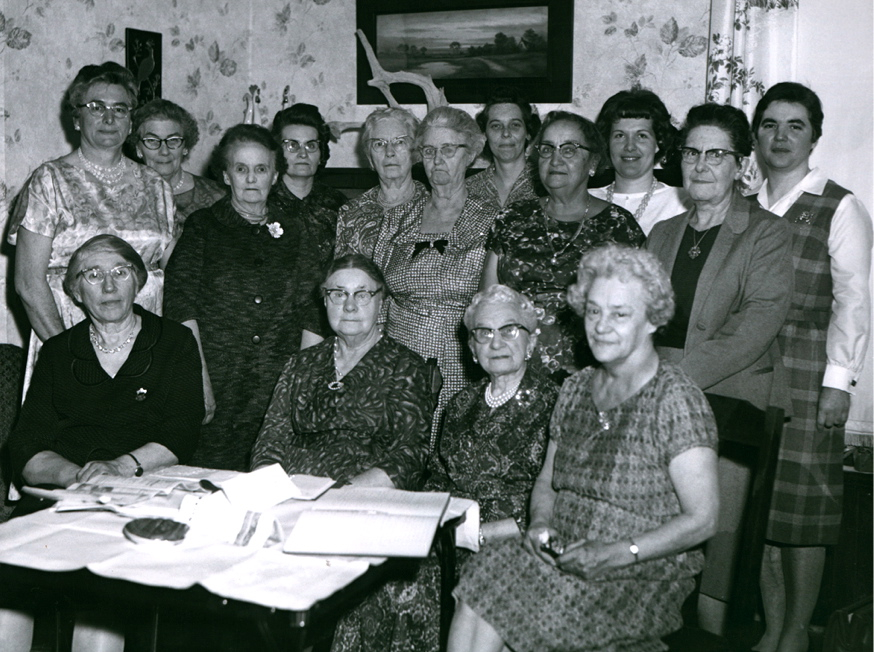 Jean Egerter is seen standing on the far right in this photo of the Allanburg Women's Institute. Her mother Flora is seated on the far left.

Another piece of Brock University’s earliest history was lost this month when Jean Egerter passed away on Sunday, Sept. 6 at the age of 93.

Egerter was one of the last surviving members of the Allanburg Women’s Institute, whose 1957 petition calling on the Ontario government to establish a university in Niagara would help ignite a region-wide movement that led to the opening of Brock in 1964.

Jean was the daughter of Flora Egerter, a driving force behind the Institute’s petition, and for whom the University has named a prominent street on its campus. 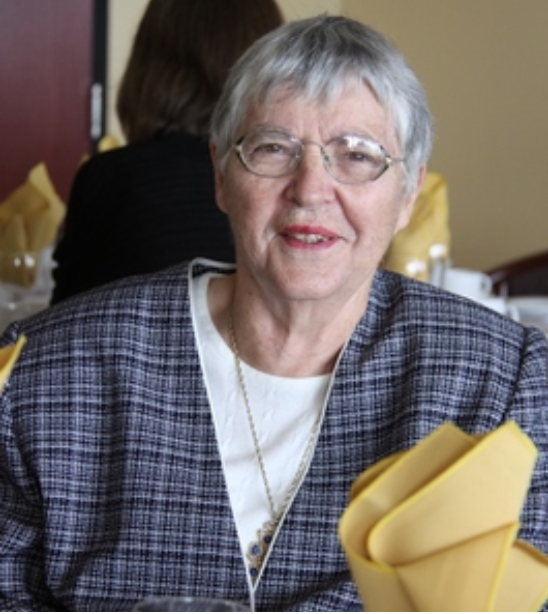 As a young woman Jean had been a schoolteacher in the rural Niagara villages of Allanburg and Thorold South, but left that career to help her parents on the family farm, cutting hay and feeding and milking the cattle. She was active in 4-H for over four decades, where she taught and inspired generations of young girls. A committed Women’s Institute member, she held office at the local, district and provincial levels.

But it was the Institute’s university initiative that would help to change the course of Niagara’s history.

By the 1950s there were growing public discussions happening around the region about how Niagara should have its own university, so that young people could get a good education without having to leave the area. The sentiment became a movement after the Allanburg Women’s Institute, in November 1957, sent a resolution asking the government to “favourably consider the placing of a university in the Niagara Peninsula.”

After that, momentum gathered. By 1962 the Brock Founders Committee was formed, consisting of community, political and business leaders from across Niagara. They finally got approval for a university, but needed to develop an administrative and academic plan — and raise money.

“I remember the moment I got bitten by the bug,” said Staff, who passed away in 2014. “I was at a town hall meeting one night in Beamsville where Ross Hall (a future MPP for Lincoln and mayor of Grimsby) was speaking passionately about the need for residents to take up the cause and raise enough money to make sure a university was created in Niagara.

“I went back to the farm that night and told my Dad all about what I’d heard.  I was caught up in the idea, and so was he.  So we were soon going neighbour to neighbour, up and down the rural roads and concessions, knocking on doors and collecting donations to help build a university.

Once the spark started, the idea caught fire and people rallied to the cause.  Today the Niagara region is home to a comprehensive university whose award-winning scholars and world-class facilities have become a valuable resource for the community.

The effort succeeded because people of Niagara, from all walks of life, got behind the idea. But it all started nearly 70 years ago with the vision and determination of the Allanburg Women’s Institute.