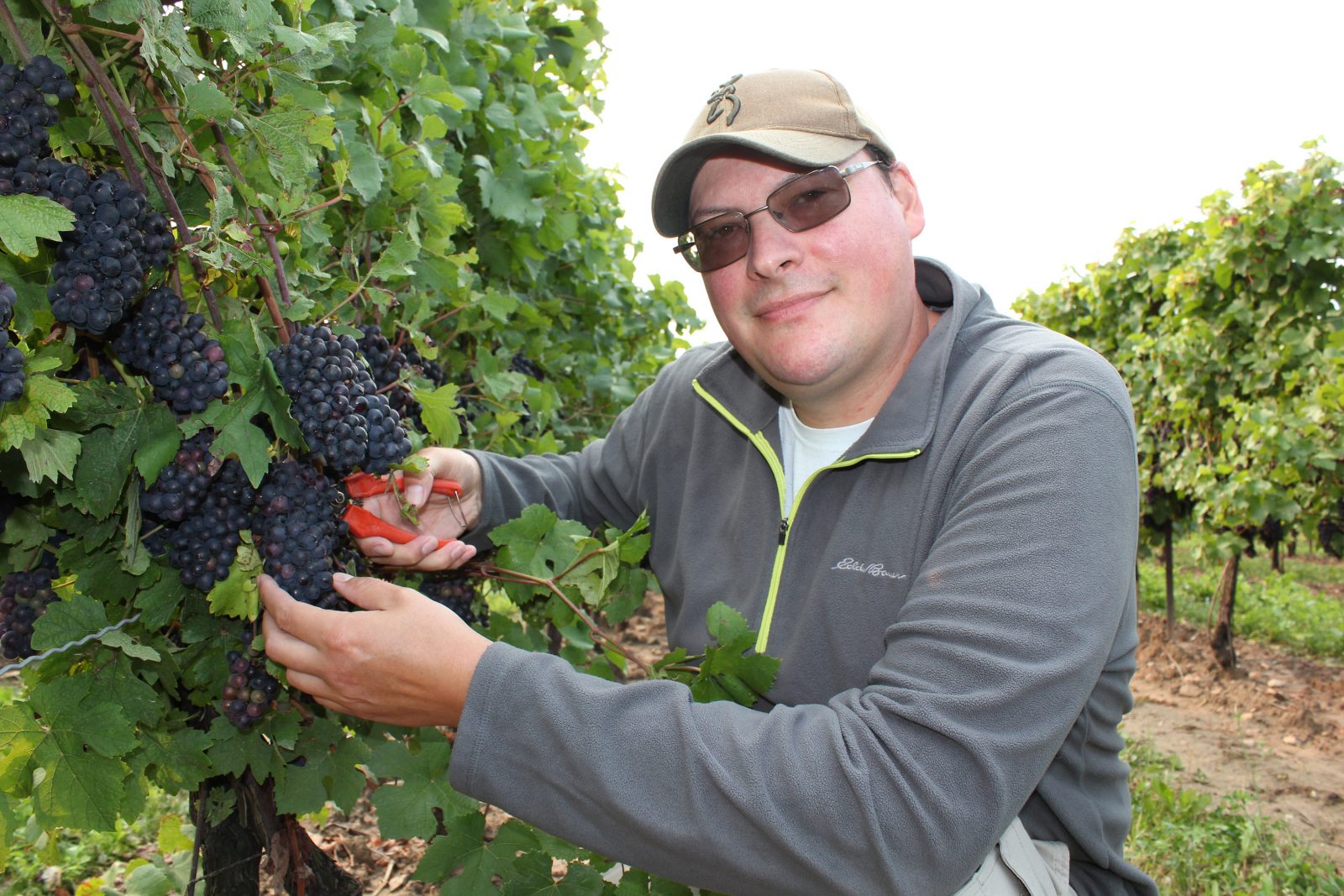 Jim Willwerth (PhD ’11, OEVC ’04) joins the Faculty of Mathematics and Science as an assistant professor specializing in grapevine physiology.

Last month, he achieved his career goal of becoming a Brock University faculty member, while simultaneously marking his 10-year anniversary at the University’s Cool Climate Oenology and Viticulture Institute (CCOVI).

Willwerth will conclude his decade of service as CCOVI’s Senior Scientist, Viticulture, to join the Faculty of Mathematics and Science as an assistant professor, specializing in grapevine physiology. 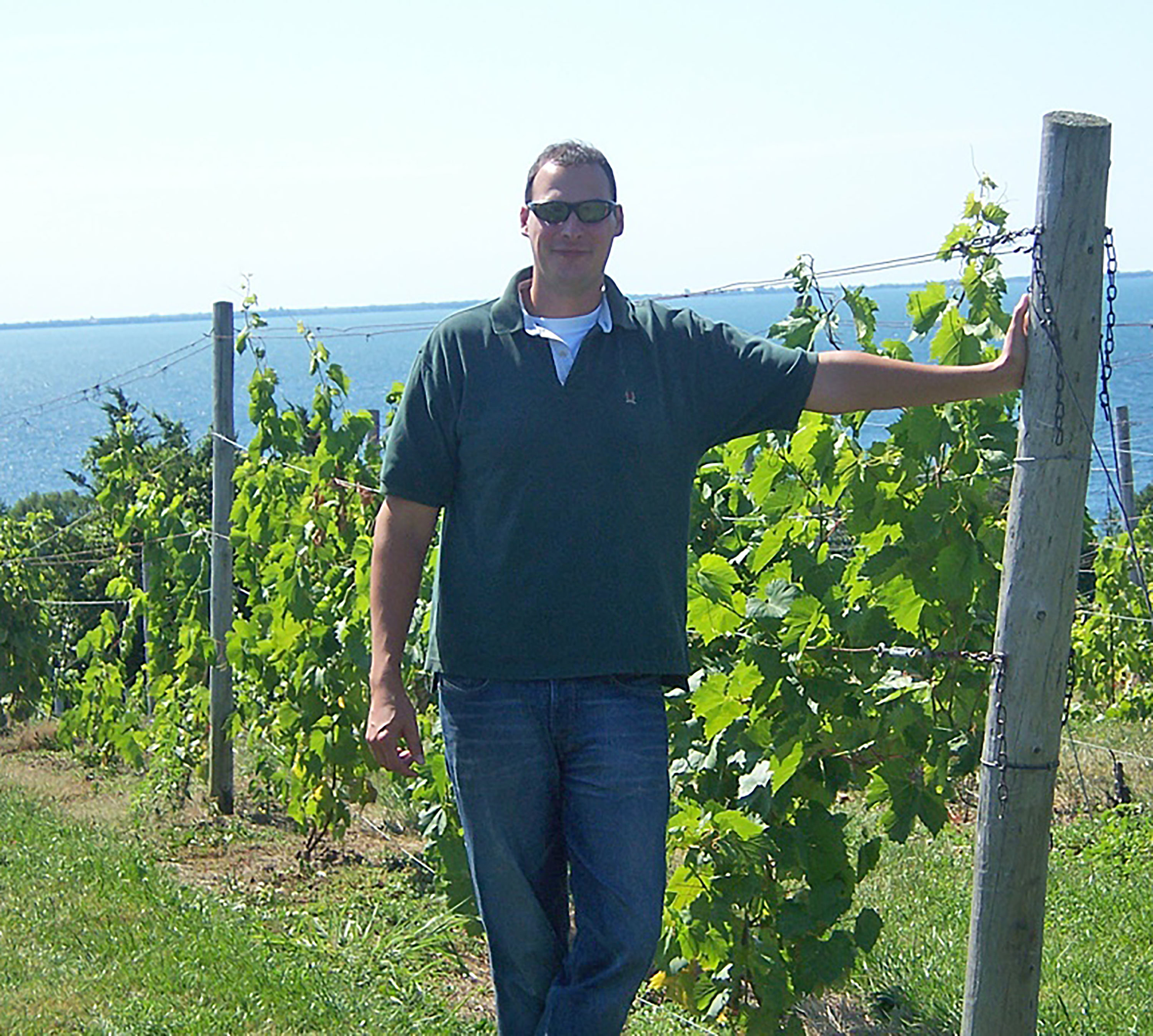 Jim Willwerth (PhD ’11, OEVC ’04) is pictured here in the Finger Lakes region of New York during an American Society for Enology and Viticulture-Eastern Section (ASEV-ES) conference in 2006.

“It’s a new chapter for me here at Brock University,” Willwerth said. “It’s a great opportunity and I’m thrilled to have this new position, to be able to stay Niagara, and to contribute to Brock and the community.”

Moving into a faculty role is a full-circle moment for Willwerth, who hails from the Niagara region and began his time at Brock as a student. He completed his Certificate in Grape and Wine Technology in 2004 and earned his PhD in 2011.

“This was definitely a goal that I’ve had since I completed my PhD,” he said of his appointment. “I’ve learned a lot at CCOVI. I’m looking forward to the opportunity contribute more to the University on the academic side, and to mentor and train students who will one day become scientists or work in the grape and wine industry.”

Faculty of Mathematics and Science Dean Ejaz Ahmed said Willwerth’s journey is an “excellent example of success,” and welcomes him into the faculty.

“He has contributed a large volume of work at Brock and in the local community and we are pleased to have him on our team,” Ahmed said. “His role as Assistant Professor of Biological Sciences will be of great benefit to our students and we are excited for the future.”

While developing courses, labs and field work for the first time during a global pandemic will be a challenge, Willwerth’s experience presenting research remotely and in a variety of digital formats will help combat those obstacles.

“Outreach has really moved online over the years because people want as much information as possible, and they want it quickly,” he said. “What I’ve learned in my past role, combined with the support within the Department and available communication technologies, puts me in a better position to begin my teaching role in a predominantly online capacity.” 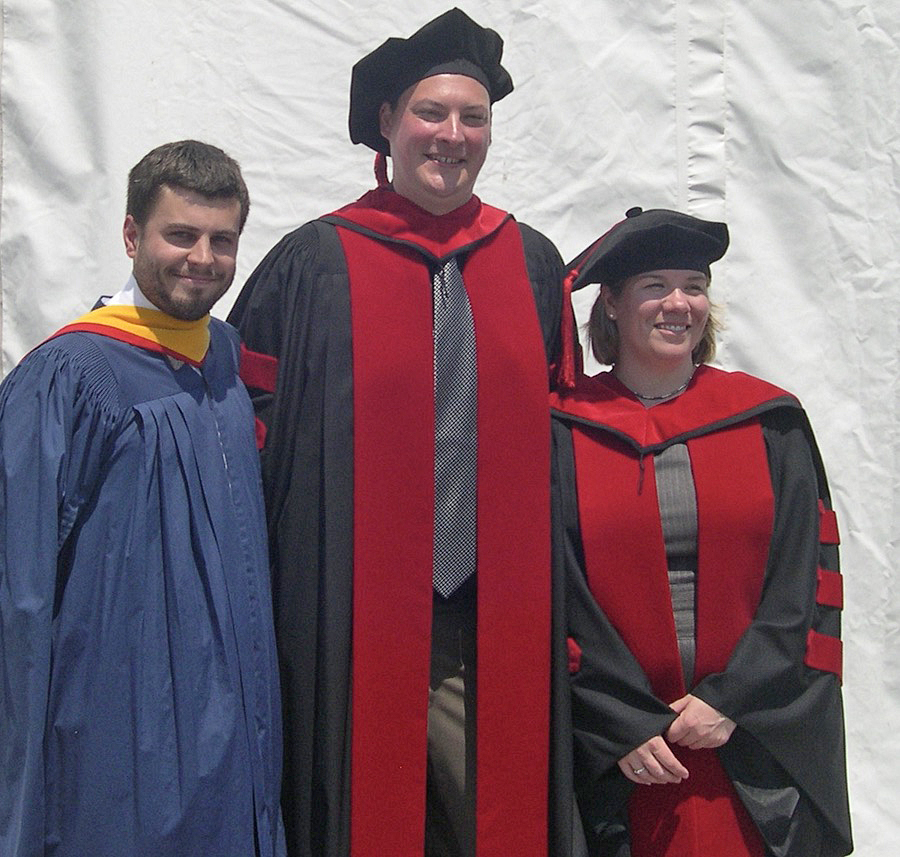 Willwerth was hired as CCOVI’s first staff scientist in July 2010. It was his love of research, plants and the outdoors that initially drew him to viticulture and wanting to pursue a career as a scientist studying grapevines.

“Working in the industry, I realized that wine is truly made in the vineyard,” he said. “If there are ways to manipulate those vines to make them more resilient or create better quality wines, that really interests me.”

When he was first hired, CCOVI was in the process of expanding its operations and strengthening its outreach, knowledge transfer and relationships with the industry, says CCOVI Director Debbie Inglis.

“His contributions have been a vital part of our growth at the institute in research, service and expanding industry relations,” she said. “While we will greatly miss having him on our staff, we look forward to future collaborations and know that his experience and mentorship abilities will serve his students well, which in turn, will serve our industry well.”

Willwerth has become known in the grape and wine industry for his work on CCOVI’s VineAlert and Preharvest Monitoring programs, as well as his research in grapevine cold hardiness and in identifying elite-performing plant material for the clean plant program. He has also become a trusted voice in the media.

Matthias Oppenlaender, Chair, Grape Growers of Ontario and Ontario Grape and Wine Research Inc., said Willwerth’s work has played a “crucial role in overcoming the challenges associated with cold hardiness,” and that he looks forward to continuing to work together in this new capacity to grow the region’s “world class grape and wine industry on a global stage.”

CCOVI has grown considerably since Willwerth joined the team, including the hiring of Sudarsana Poojari and Belinda Kemp, Senior Staff Scientists in Grapevine Virology and Oenology, respectively.

“It has been an absolute pleasure working with him at CCOVI,” Kemp, also an Adjunct Professor in Biological Sciences, said of her friend and colleague. “Our wonderful vineyard site visits during the grape growing seasons were made all the better for his Ontario viticulture knowledge, experience, insight, grower relations, and laughter.”

Willwerth said CCOVI became “like an extended family” to him, and that he hopes to maintain strong collaborations with the institute as he continues his ongoing research and work on the VineAlert and Preharvest Monitoring programs.

Working within the faculty, however, will allow Willwerth to now focus more on educating and mentoring, something he is very passionate about.

His first lesson to his future students?

“Keep an open mind with what you want to do in the industry and get as much experience as you can,” he said. “You never know what you’ll develop a love for, and the journey it will take you on.”