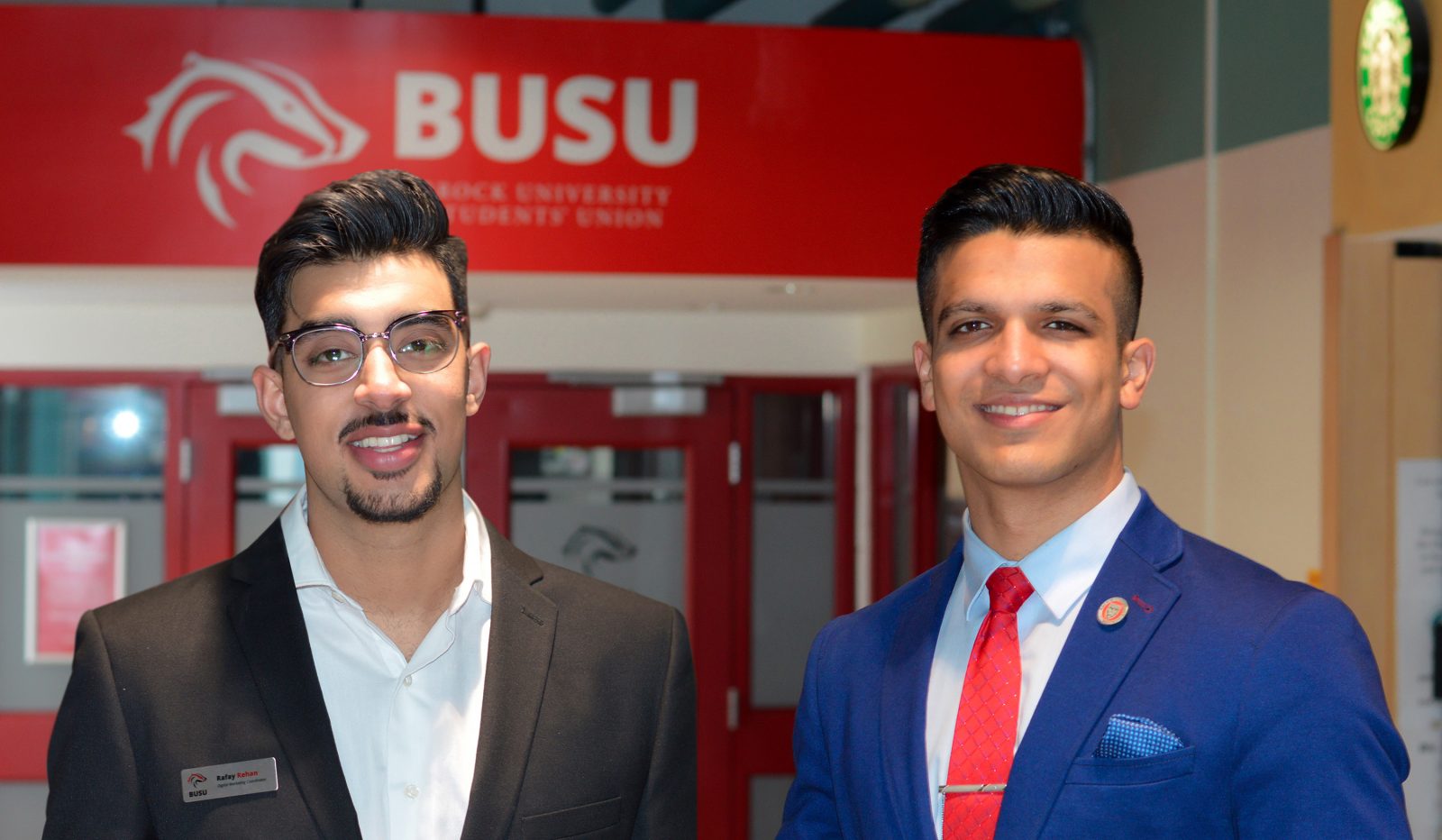 BUSU Vice President, Finance and Administration, Rafay Rehan (left) and BUSU President, Asad Jalib are ready to answer any questions students may have about BUSU’s decision to reduce many ancillary fees.

As Brock University prepares for a Fall Term delivered primarily online, the Brock University Students’ Union (BUSU) has significantly reduced ancillary fees for all of the students it represents.

In addition to the University itself reducing a variety of its student ancillary fees for undergrad and graduate students, BUSU has made a swathe of cost cuts across numerous levies that will amount to a savings of more than $3.5 million for undergrads.

BUSU President Asad Jalib said the goal was for the organization to get maximum value for dollars while also removing costs that are not needed this year.

“In an online environment, we don’t need quite as much funding and we passed those savings on to students,” he said. “However, we will continue to provide all of the services we already offer and there will be no negative impact to the student experience due to the reductions. They can still count on health and dental coverage, transit passes and support for all student clubs.”

Fees have been temporarily dropped for strategic expansion, deferred maintenance, the green levy and the Zone expansion, while partial cuts have been made to several other programs, including federal advocacy, transit passes, a safety fee and an engagement levy.

To ensure maximum transparency, BUSU created a website explaining all of the changes it has made.

“We felt it was important to provide a complete explanation of each fee, what’s been removed, why, and its impact this year,” said Jalib. “Some of the core values we maintain at BUSU include communication and transparency with our students, and the site alongside the videos are a way for us to do that.”

While highlighting the ancillary fee reduction as currently the highest reduction for student unions across Canada, and the first in BUSU history, Jalib also said it would not affect BUSU’s commitment to students during their time at Brock.

“BUSU’s mission is to enhance the experience of attending Brock by providing a variety of services throughout students’ journeys,” he said. “Even with things moving online, we are still working to make students’ time at Brock the best it can be.”

More information on changes to BUSU fees can be found on the BUSU website. Any questions, comments or concerns can be sent to Jalib at president@brockbusu.ca or Rafay Rehan, Vice President, Finance and Administration at vpfa@brockbusu.ca