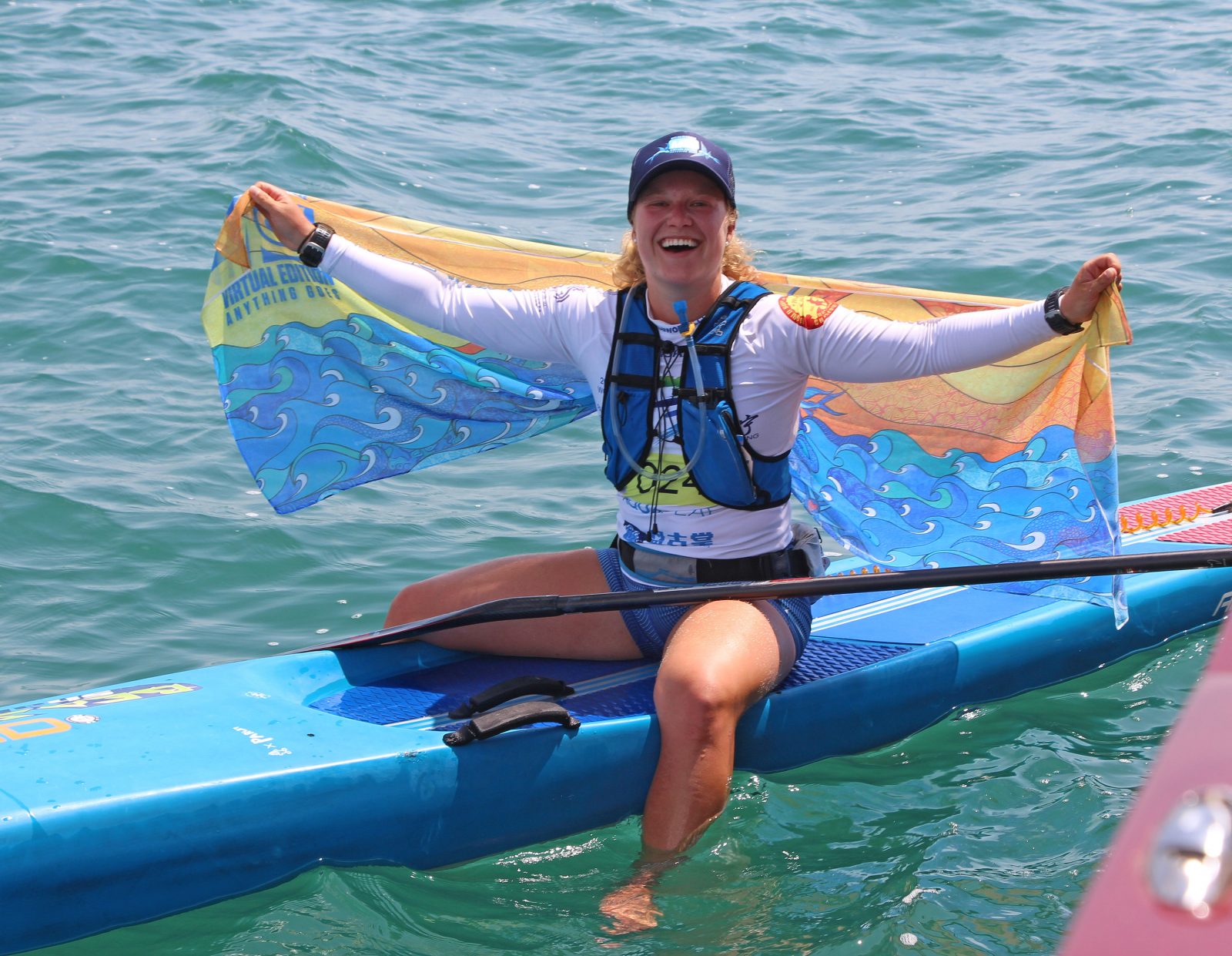 An Outdoor Recreation master’s student from Brock University has received international recognition for her work in the water sport community of stand-up paddleboarding (SUP).

Maddi Leblanc, a 23-year-old from Welland, was named the SUP Woman of the Year during the 11th annual SUPConnect Awards, which consists of nominations from around the world to anoint women and men based on ambassadorship, involvement, performance and support.

Leblanc heard the news last week on her way to work for Paddle Niagara, where she serves as the kids camp director when she’s not working on her master’s thesis at Brock.

“I was speechless,” said Leblanc. “This award means everything to me. It represents every single person who has helped me achieve my goals and chase my dreams. This award represents my family, friends, school and paddling community.”

Leblanc has integrated her love for stand-up paddleboarding into her research since joining Brock in 2019 after completing an undergraduate in Environment, Resources and Sustainability at the University of Waterloo.

She chose to complete her master’s thesis at Brock under Professor of Recreation and Leisure Studies Tim O’Connell to answer the question of how water-based outdoor education influences and impacts children’s relationship with the environment.

“Maddi’s work is cutting edge as it is one of the few studies to look at the impacts of outdoor education in a water-based setting,” said O’Connell. “Her results will definitely be of interest to a wide range of audiences, including the paddling industry, outdoor education and academia.”

Leblanc first made a splash in the SUP community after starting an annual fundraising event called On Board, which has raised more than $40,000 for the Canadian Cancer Society in honour of her friends Lynn Lambert and Julia Turner who passed away in 2011.

In 2016, she began competing in serious SUP races and was quickly signed by one of the biggest competitive teams, Starboard.

Leblanc also won the Elite Female category at the 2018 Ontario SUP Series and captured the overall victory at the Mammoth Race in Toronto. She went on to represented Canada at the 2018 ISA SUP and Paddleboard World Championships in China.

This season, Leblanc was gearing up for the seventh On Board charity paddle and another competitive racing season, but the COVID-19 pandemic changed everyone’s plans. 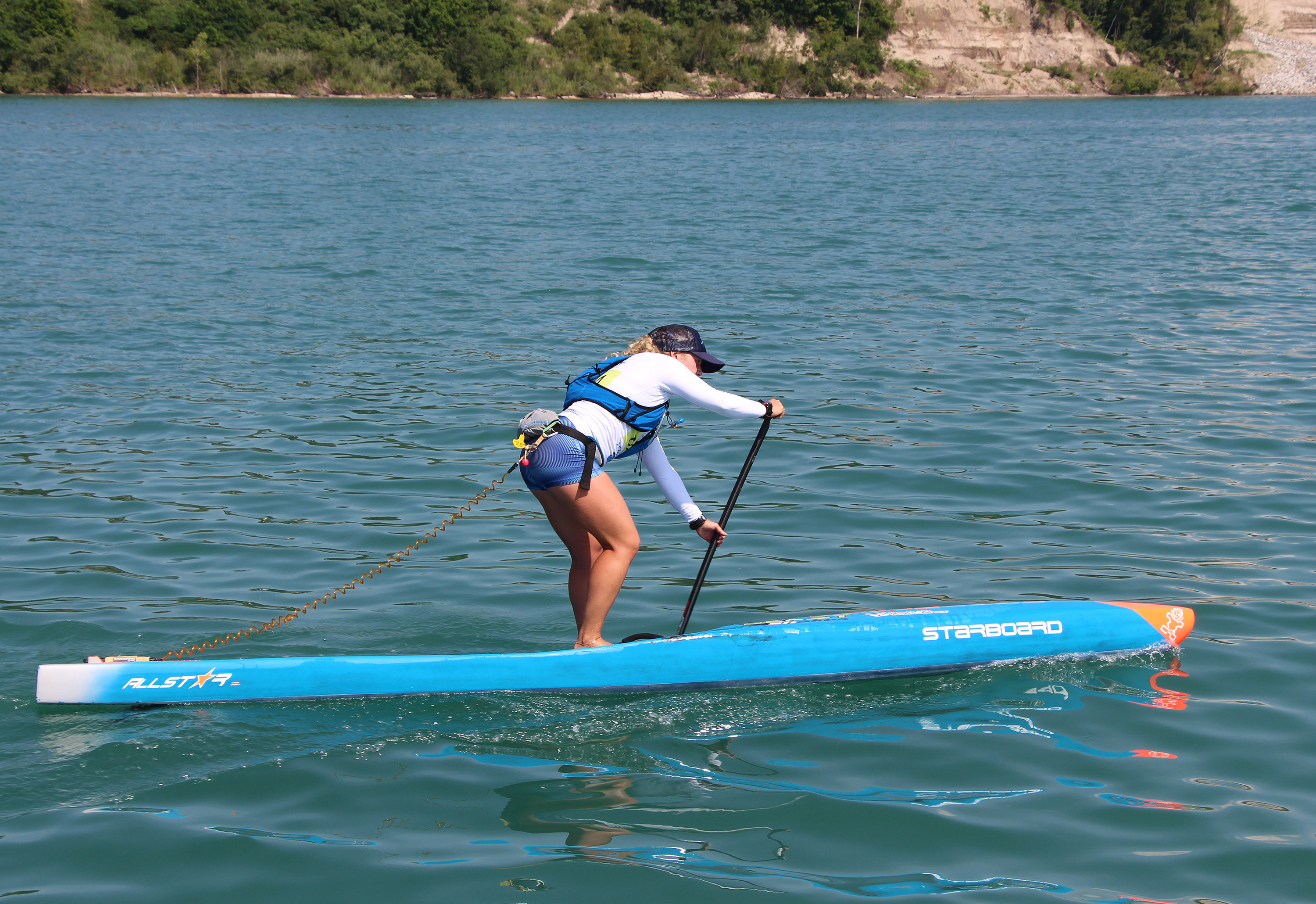 She still managed to paddle in honour of her friends on the Welland Recreational Canal with a small gathering of her family, but the pandemic canceled a SUP-related research trip to Thailand, where she planned to work with Starboard’s SUPKids camp to collect data for her thesis.

“I want to contribute to the literature about the environmental implications of stand-up paddling, as well as demonstrate to other students that you can research topics that you are passionate about,” said Leblanc. “Right now, I’ll just be collecting my data through phone interviews instead. Hopefully I’ll get the chance to go to Thailand one day in the near future.”

O’Connell added that Leblanc is deserving of this award because she has used her passion for SUP in order to create positive change while undertaking full-time graduate work.

“Maddi is a good role-model for students, faculty and staff at Brock,” he said. “You can learn the benefits of having a ‘can-do’ approach to tasks from Maddi. Her ever-positive attitude will no doubt allow her to be successful in her future endeavours.

“I expect she’ll continue to combine her passions for stand-up paddleboarding, outdoor education and the environment to make a positive change for people and the natural world.”